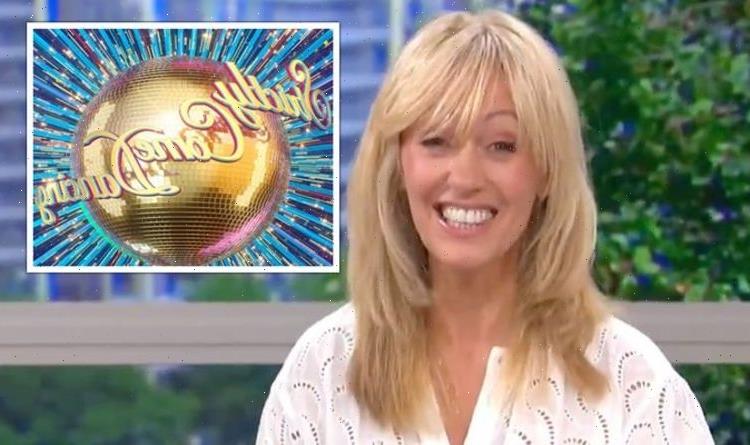 Strictly: Clodagh McKenna says she wants to be on show

This Morning chef Clodagh McKenna has revealed she’d love to compete on the hit BBC celebrity dance contest Strictly Come Dancing. As she guided viewers through a cooking demonstration on Monday’s episode of the ITV daytime show, Clodagh was chatting to presenters Ruth Langsford and Eamonn Holmes who suggested her dancing in the kitchen could get her on Strictly.

Clodagh cooked Ruth and Eamonn some tasty treats in the This Morning kitchen on Monday’s show.

The Irish chef was showing viewers some summer dishes to try amid the current hot weather.

While she was whipping up a prawn linguine for Ruth and Eamonn, the production team started playing Nelly’s iconic track Hot in Here.

She quickly started singing along to the music and dancing around the kitchen.

“She’s a mover,” Ruth remarked, “Do you know where you need to be?”

“Where?” Clodagh asked, with Ruth replying: “On Strictly Come Dancing.”

Meanwhile, Eamonn joked: “I thought you were going to say an asylum.”

Ruth was adamant her co-star would be great on the BBC dance show, adding: “This could be her audition.

“Every week, whether she’s on air or not, she dances away in the kitchen. So, she is a mover.”

Eamonn agreed Clodagh was great at throwing shapes: “She’s got the groove!”

“She’s a mover, we can vouch for her. Look, there she goes,” Ruth said, as the TV chef continued to dance.

“Nice as though this is Clodagh, it doesn’t feed people,” Eamonn commented, encouraging her to continue with the cooking segment.

“It doesn’t feed people,” Clodagh laughed as she headed back to the stove.

It seems Ruth and Eamonn weren’t the only ones who thought the TV chef would be good on the dance show, as many This Morning viewers took to Twitter to agree.

One viewer commented: “Clodagh, you got the moves! #thismorning.”

“Please can we have the wonderful Clodagh on every day dancing and forget the boring cooking bit. Love Clodagh!! Really cheers me up. #thismorning @thismorning,” a third viewer wrote.

A fourth added: “Loving the moves on This Morning Clodagh definitely get my nomination for strictly!!”

“@clodaghmckenna Clodagh you would be great for strictly,” another fan remarked.

This Morning airs weekdays at 10am on ITV and Strictly Come Dancing is set to return to BBC One this Autumn.