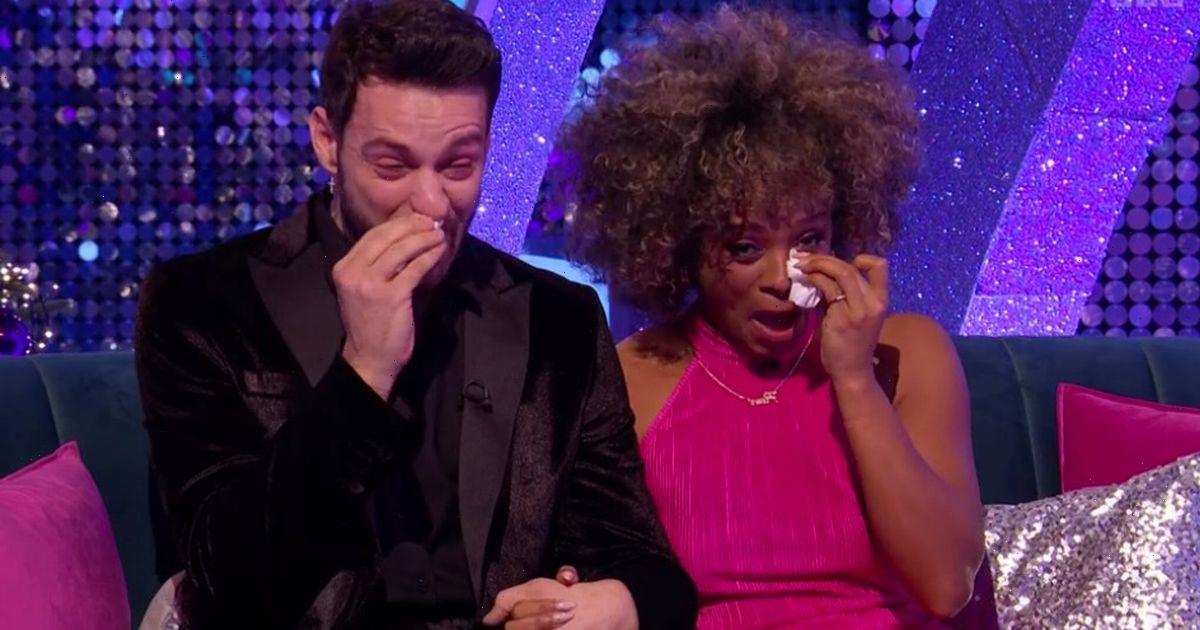 This year's series of Strictly Come Dancing has definitely been one to remember, with the final four couples set to battle it out for the Glitterball trophy on Saturday.

Fleur East and Vito Coppola, Helen Skelton and Gorka Marquez, Hamza Yassin and Jowita Pryztal and Molly Rainford and Carlos Gu will all take to the dance floor on 17 December to determine who will be crowned the 2022 Strictly champion.

Ahead of their final performances, the four couples appeared on spin-off show It Takes Two, where they chatted to hosts Janette Manrara and Rylan Clark about their time on the BBC One dance show.

Emotions were running high on the show, with all four couples breaking down in tears as they discussed making it to the final.

Fleur and Vito were both overwhelmed after speaking about what it would mean to them if they lifted the Glitterball trophy on Saturday.

Singer Fleur said: "I think the whole reason I did that show was because of my father and for my family and we really needed something to bring the joy back into our lives."

Meanwhile, Helen was reduced to tears after watching a video message from her family and friends, including her three children, who all shared their support for her and partner Gorka ahead of the final show.

Helen was supported by Gorka after becoming tearful watching the clip, and as Rylan and Janette asked what it would mean to her if she won, Helen responded: "We would love to lift that trophy but I feel like we've already won it."

The TV presenter emotionally added: "We've had such an adventure," before praising Gorka, who could be seen wiping a tear from his eye.

Hamza and Jowita also appeared on the spin-off show, where the wildlife cameraman opened up about his Strictly Come Dancing journey.

He explained that winning the dance show would be the "icing on the cake" as he broke down in tears.

Molly received an emotional video message from her parents, who were both sporting t-shirts with 'Team Molly & Carlos' printed across them as they shared their support for their daughter.

She smiled as she wiped away tears while Carlos, who joined Strictly in 2022, comforted her.

The Strictly Come Dancing final will air on BBC One on 17 December at 7.05pm.