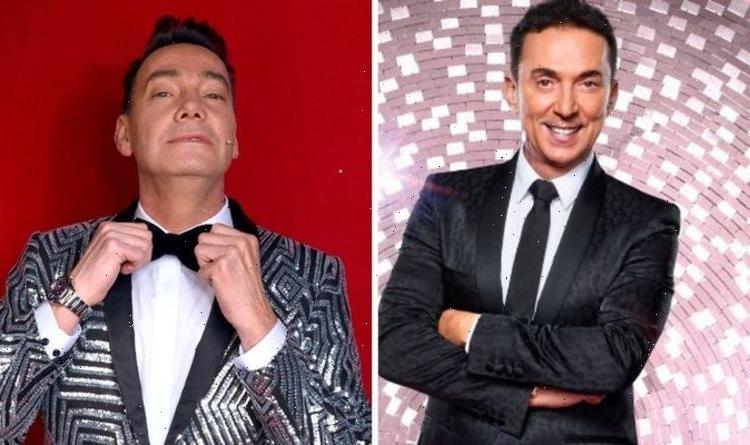 The two Strictly Come Dancing judges have filmed a new show, in which they showcase some of the skills they have outside of the dancefloor. ITV’s Craig and Bruno’s Great British Road Trips will see the pair exploring some of the most popular British road trips, but Craig Revel Horwood has admitted the programme could mean he won’t get any new work again after some revelations from Bruno Tonioli.

When asked what the dancers had learnt about each other while filming, Bruno, 65, answered: “He’s the most easy-going person. “Whatever impression people have of him, they’re completely wrong. He’s generous to a fault.”

This may come as a surprise to viewers of BBC’s Strictly Come Dancing, who are used to Craig taking on the role of the “mean judge” in the series.

Craig, 56, replied: “I’ll never get work after this, darling!” Before laughing: “I learnt that he has an even shorter fuse than I remember.”

“The thing is, I’m direct,” Bruno confessed. “In everyday life, I’m not the kind of person that will bulls**t you and tell you what you want to hear.”

In a recent interview with Radio Times, the two chatted to Ed Balls about the upcoming new show.

Ed said it may surprise fans to learn that the two know a lot about cars, to which Bruno replied: “My dad used to repair bodywork.

“He worked for a bus company during the week and did extra hours in a local garage.”

Bruno added that, since childhood, he enjoyed seeing Ferraris, Maseratis, Mercedes and Jaguars and admitted he used the Tube until he could buy a Porsche.

Meanwhile, Craig explained he has a Triumph Stag from 1973 which he adores.

He added he didn’t even have a driving licence when he first purchased the vehicle but passed his test while it was being restored.

A decade later, he has since developed a keen interest in cars and driving.

The idea for the two to embark on a road trip series was the idea of Bruno, who explained his original pitch was to focus on the history of British cars.

But it soon became an exploration of some of the most incredible routes across the country.

With the two having been in the UK for 30 years, they said it was interesting to go “off the beaten track”.

Craig admitted he had no idea what a dale was before, believing the Yorkshire Dales to be named after a person.

The two have been a part of BBC’s Strictly Come Dancing since it started back in 2004.

Last year, Bruno had to miss being a part of the hit show due to travel restrictions during the pandemic.

It’s now been confirmed that this year, veteran Strictly star Anton Du Beke will be stepping in to replace Bruno as the latter works on the US version of the series again.

But it seems fans won’t’ have to face a year without Bruno on screen, as the new ITV show with Craig is set to launch next week.

Strictly Come Dancing returns to BBC One later this year and Craig and Bruno’s Great British Road Trips begins on July 14 on ITV.