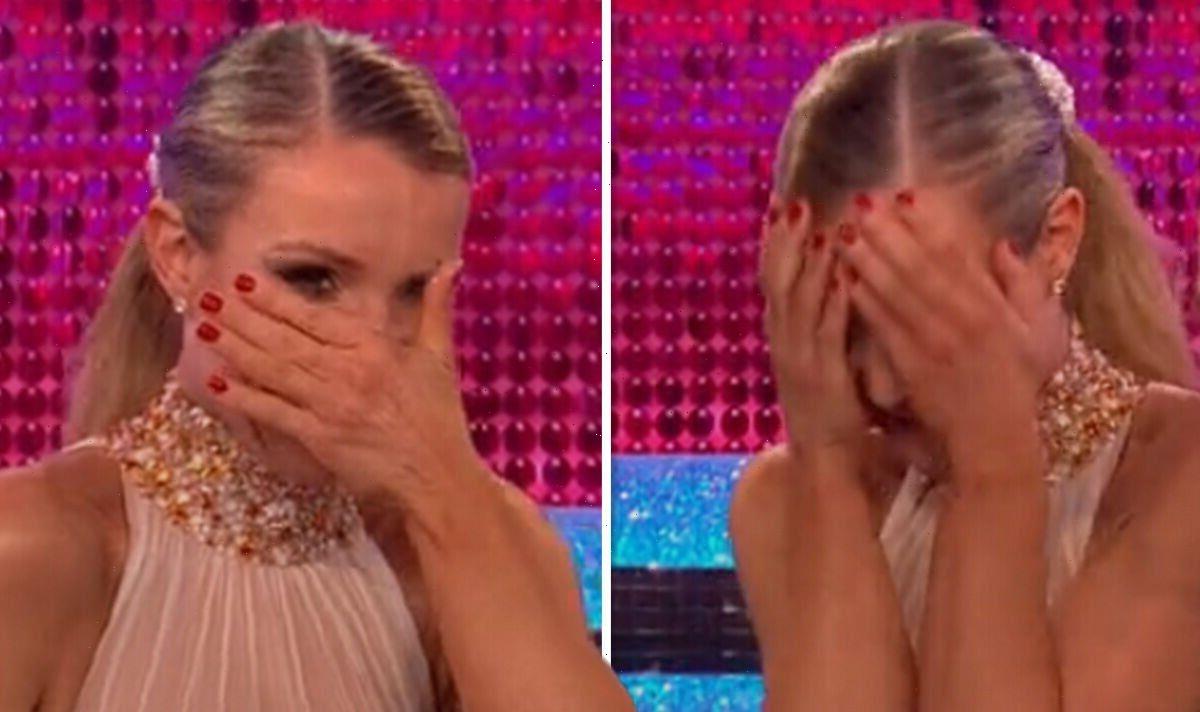 Strictly: Will Mellor wipes tears off his eyes

The 2022 Strictly Come Dancing Grand Final will take place on Saturday after two weeks of schedule changes to avoid clashes with the World Cup. Helen Skelton, Hamza Yassin, Fleur East and Molly Rainford will battle it out for the Glitterball Trophy but digital marketing agency Mediaworks has analysed social media sentiment to give an indication of who could be crowned the winner.

Mediaworks have predicted Hamza and Jowita Przystal will lift the Glitterball Trophy.

Molly, who has found herself in the bottom two on four occasions, is hot on the bookies’ favourite’s heels.

Helen sits behind the two frontrunners on the sentiment graph while Fleur is at the bottom.

The Countryfile presenter has been edging closer to Hamza in the running for victory according to the odds.

Read more: Will Mellor in tears over Strictly exit as he disagrees with judges

However, the social media sentiment analysis suggests the bookies will be proven right.

Hamza remains the 1/2 favourite to win the series according to William Hill.

As the only other remaining celebrity to not have faced the dance-off, Helen is in second place at 13/8.

Perhaps surprisingly Helen also has the lowest average score out of the remaining contestants.

Molly falls behind at 25/1 while Fleur is the ranked outsider at 40/1.

Lee Phelps, a spokesperson for William Hill said; “Molly has always shown natural talent and in the early weeks I thought she had a strong chance of winning, however being in the dance off 4 times has certainly damaged her chances.

“Over the past 10 years, no winner has been in the dance-off that many times, however there is always a possibility.

“Hamza Yassin has had very low odds of winning for the majority of the show now it will take something very special to overtake him.”

Each celebrity will have to perform three dances each before the public decide who will lift the Glitterball Trophy.

The judges choose a dance for the remaining contestants, the couples get to perform their favourite dance again and they all perform a Showdance.

They opted for Helen and Gorka Marquez to repeat their Jive and for Molly and Carlos Gu to dance their Quickstep again.

Molly’s favourite dance is her Rumba while Helen’s is her Couples’ Choice.

The Countryfile cameraman and Fleur will also perform their Couples’ Choice again.

The final comes after Will Mellor and Nancy Xu broke down in tears on Strictly spin-off It Takes Two after being eliminated on Monday.

Strictly Come Dancing’s Grand Final airs on BBC One on Saturday at 7.05pm.