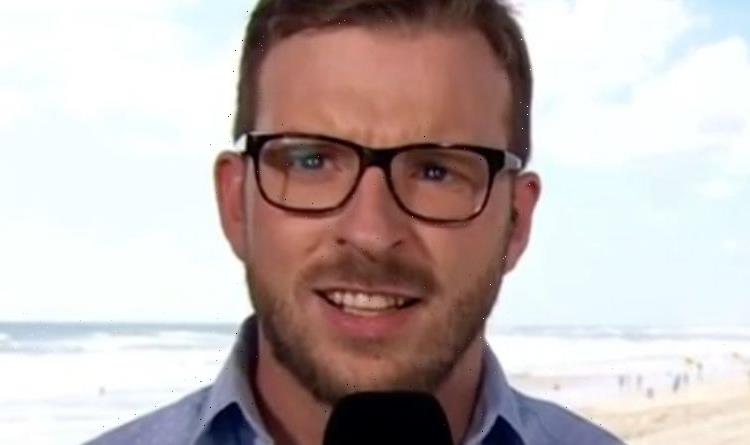 Afghanistan: Paralympian reunites with pilot who flew him home

Former Royal Marine and Strictly Come Dancing contestant JJ Chalmers was reunited with the pilot who rescued him from Afghanistan 10 years ago. Chalmers was flying to Tokyo ahead of the Paralympics, where he will lead the coverage of the games. The presenter said he “burst into tears” when he realised the man flying him to the Japanese capital had played a crucial role in bringing him home from Afghanistan nearly a decade ago.

Mr Chalmers told Radio 5 host Tanni Grey-Thompson: “I was flown back from Afghanistan in an induced coma.

“And you know I was really excited to finally be on the plane and going out.

He went on: “It was a special enough moment as it was before the air usher pulled me to one side when she saw my name, Mr charmers.

“She sort of brought me to one side and said ‘Mr Sharma, am I right in saying that you served in Afghanistan?’

“And so what I did is they’ve kind of ushered me to my seat. I sat down, like, you know this apprehension of meeting someone that sort of I’ve never met before really.

“Because I would have just been a blubbering mess.”

The presenter “burst into tears” when heard that pilot David Ellis, who rescued him from Afghanistan 10 years ago, was flying him to Tokyo Paralympics.

Mr Chalmers broke his neck, lost two fingers, and shattered his right elbow in a blast that killed two of his comrades.

The pilot flying the former commando had recognised his name and matched up internet searches of Mr Chalmers’ injury dates with his own RAF flying logbook.