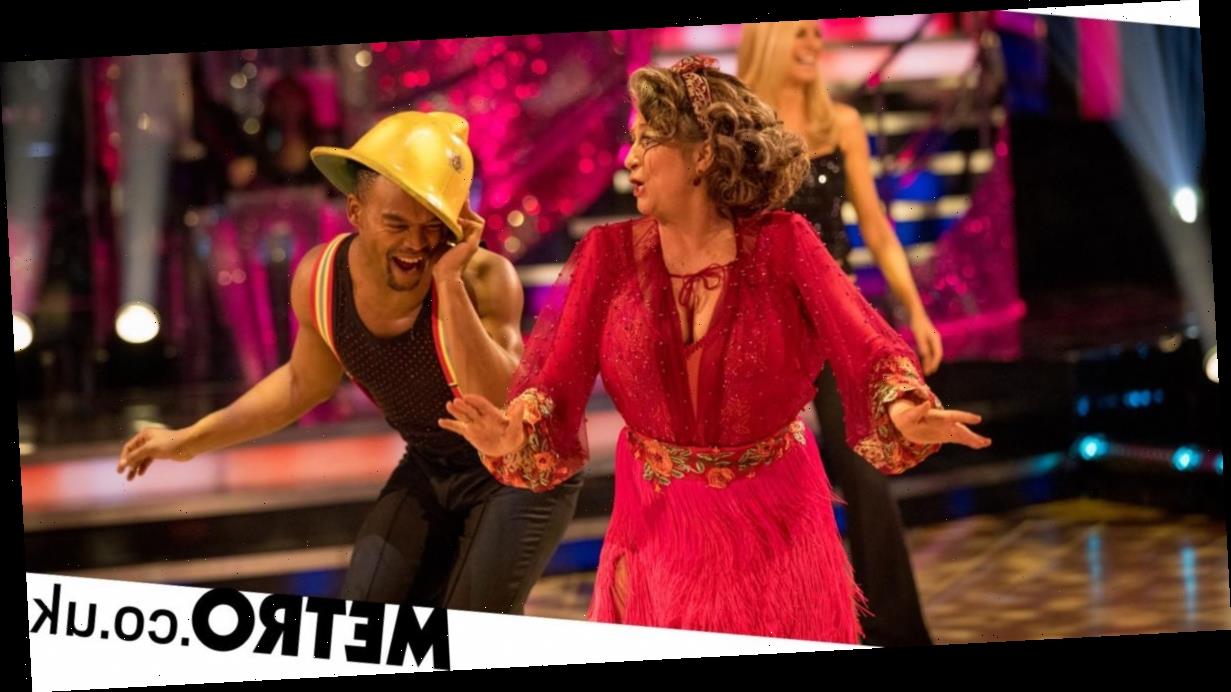 The actress and her dance partner Johannes Radebe landed in the dance off against EastEnders star Maisie Smith, who also had to dance to save her spot on the show last week, and her partner Gorka Marquez

Caroline and Johannes gamely performed their Cha Cha to Rescue Me by Fontella Bass, and Maisie and Gorka hit the fllor with their Salsa to Meghan Trainor’s Better When I’m Dancing.

Judges Craig Revel Horwood and Anton Du Beke both voted to save Maisie.

‘One couple was a bit cleaner than the other couple, there was a couple of mistakes in there. So the couple I would like to save are Maisie and Gorka.’

Giving his thoughts Craig said: ‘I absolutely love both couples, but for me one couple was outstanding and danced as though their lives depended on it and that couple I would like to save, Maisie and Gorka.’

With two out of three votes going to Maisie, Caroline’s time on the show as over.

Head judge Shirley Ballas added that she would have also picked Maisie and Gorka.

Caroline described Johannes as her ‘greatest gift’ from being on Strictly.

‘I have had the honour and privilege of working with some of the greatest dancers this country has ever known I mean I really believe it, I think they are absolutely fantastic, but of course my greatest gift coming on this show is this man.’

Saturday’s live show saw Made In Chelsea star Jamie Laing and partner Karen Hauer shoot to the top of the leader board with their street dance routine.

Impressed Shirley and Anton gave them a pair of perfect 10s with Craig going as far as to award them nine points.

Strictly Come Dancing continues Saturday at 7.15pm on BBC One.