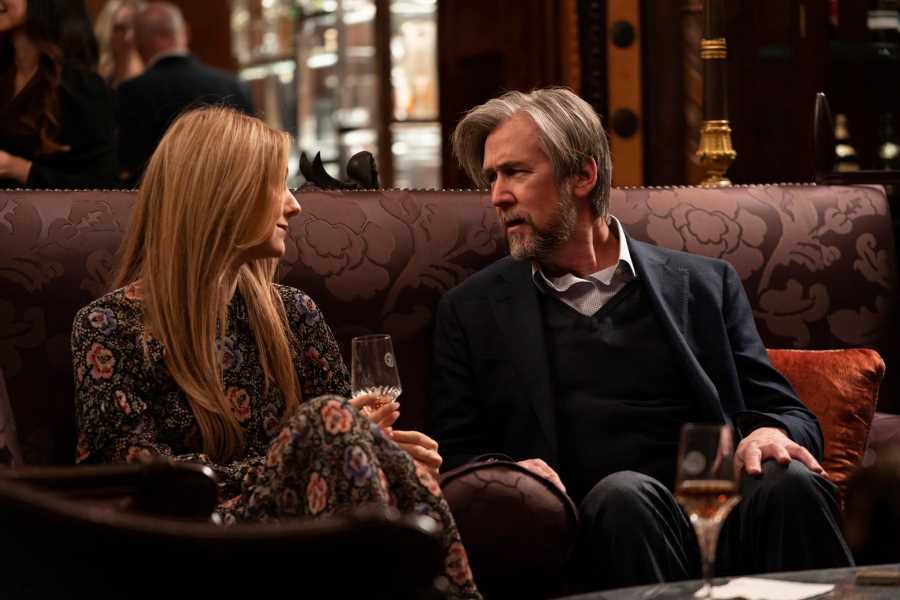 A review of “What It Takes,” this week’s episode of Succession, coming up just as soon as I throw cake batter at a brick wall…

“What It Takes” borrows its title from Richard Ben Cramer’s 1992 political nonfiction opus What It Takes: The Way to the White House, which chronicles the journeys of a half-dozen candidates in the 1988 presidential election (including George H.W. Bush, who actually won that race, and Joe Biden, who would have to wait another 32 years to do so). Long held up as one of the best books ever written about the American political system, it goes deep on the personal and professional histories of its primary subjects, and details the elaborate gauntlet any would-be president must endure over a lifetime of ambition.

All 199 of Taylor Swift's Songs, Ranked

The Succession take on the title offers a cracked-mirror version of the process Cramer recounted. Because Logan has scared the Raisin out of the race with less than six months to go before the election, there will be no Republican primaries. The candidate will instead be chosen at the convention, turning the race into a mad dash among a group of men who had no plans to run in this cycle. As a result, Logan has rapidly shifted from hunted man to kingmaker, being courted by every serious contender at the conservative Future Freedom Summit in Virginia that provides the episode’s primary setting. He started attacking the Raisin in hopes of getting the DOJ to back off of the cruise ship investigation, but the gambit has worked out better than he could have possibly hoped. With the compressed timeline and no national campaign trail to speak of, ATN holds an even larger sway over events than it would in a traditional campaign. So when Tom tells Cousin Greg that they are in Virginia to pick the next president, he’s not being that hyperbolic.

This is Succession at both its funniest and most horrifying. If this isn’t exactly how the real-world process works now(*), it feels uncomfortably close. Logan took down the Raisin because he wasn’t compliant enough, and now he gets to pick whichever man will guide the fate of the Western world. Naturally, he makes the most odious choice — unapologetic white nationalist Jeryd Mencken (played to slimy perfection by Justin Kirk) — because he respects both Mencken’s charisma and his willingness to point out ATN’s vulnerabilities rather than simply suck up to him like the other contenders.

(*) You may recall that early in the 2016 race, Fox News treated the eventual winner with deep skepticism until it became clear that their viewers were going to keep voting for him over conservative establishment candidates. Even hyperpartisan cable news can only influence so much. 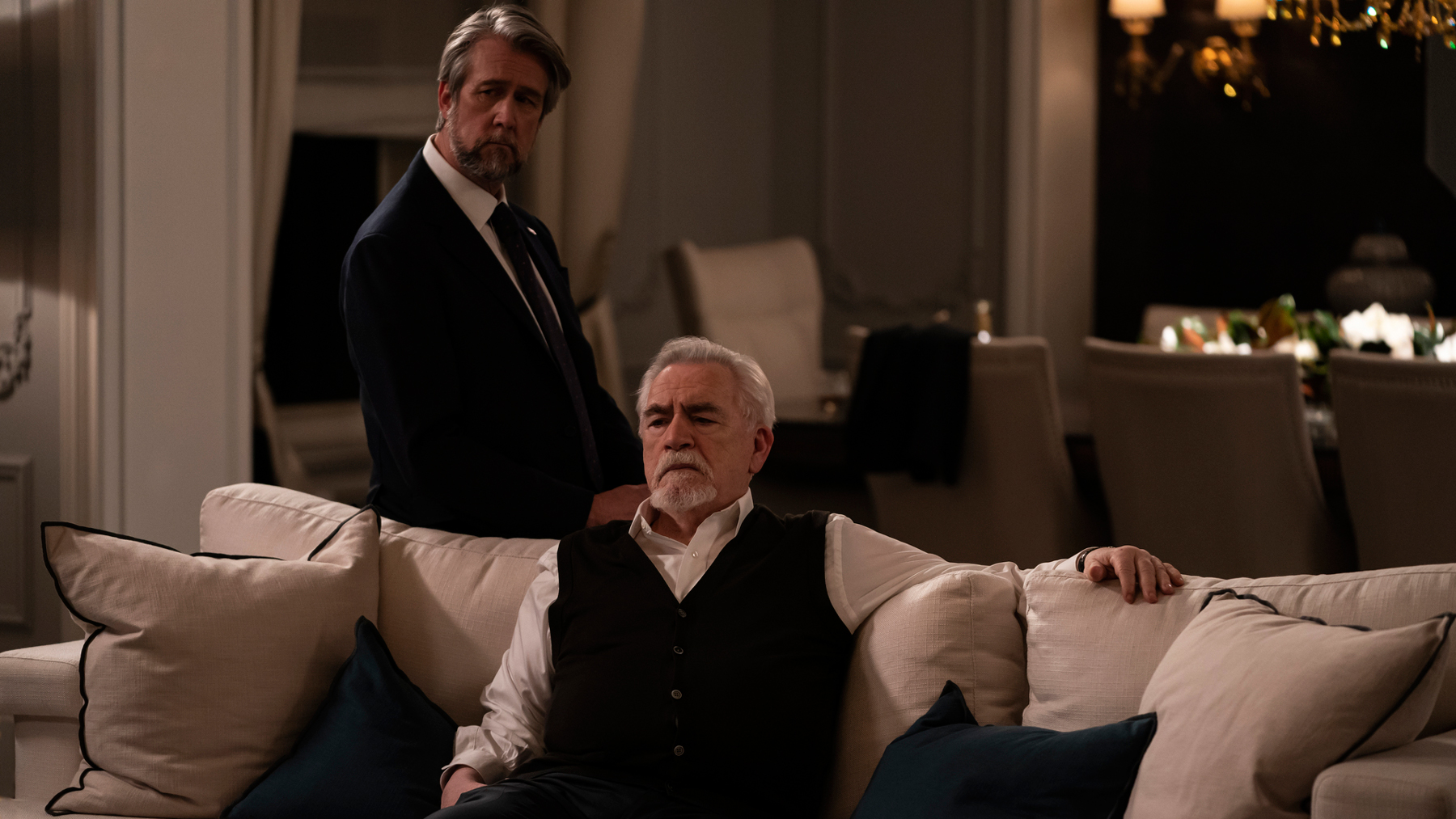 Before Logan makes his pick, we see him and the members of his traveling party — including his assistant, Kerry, who is sleeping with Logan(*), as Roman rightly deduces, and is therefore emboldened to speak out in meetings like a member of the inner circle — being wooed and pursued by those in attendance. The party establishment is represented by incumbent vice-president Dave Boyer (Reed Birney) and justifiably bitter White House chief of staff Michelle-Anne Vanderhoven (Linda Emond). Shiv is enamored of Rick Salgado (Yul Vazquez), a slightly more moderate Republican whose administration might not fill her with self-loathing every night. The always perfect Stephen Root plays summit organizer Ron Petkus, who just wants to know the right pony to place his bet on — and perhaps to get better acquainted with an understandably creeped-out Willa. Connor, meanwhile, has resurrected his own campaign — and has roped in the dilettante Maxim Pierce (Mark-Linn Baker), whom he once dismissed as a “deep-state wonk with both lips firmly glued to the Soros teat,” to run it — and for a hot second has Logan seriously considering the idea of turning his eldest son into his presidential puppet.

(*) Perhaps because he has a new young mistress, Logan isn’t even that troubled to find out that ex-wife Caroline is preparing to remarry. (“The seat sniffer?” Logan asks when hearing the name of Peter Munion. “He’s been hanging around for 40 years!”) Roman is far more troubled, perhaps because — like his unwavering belief in the love of a father who has shown him none — he secretly holds out hope that his parents would one day reunite?

It is, of all people, Cousin Greg who talks Logan out of that madness. Like most of the Roy siblings, Greg is capable of having qualms about what the family does and stands for. But it’s rare to see any of them other than Shiv actually speak up about it. Here, Roman is utterly cowed by Mencken, offering a mealy-mouthed “Fascists are kind of cool, but not really” before granting him an audience with the old man. And while Shiv is deeply dismayed by the choice of Mencken, she also ultimately limits her protest on the subject to insisting that she not stand next to him in a group photo. Like the famous real-life daughter to whom she so obviously owes a creative debt, any principles Shiv has always takes a back seat to getting in line for daddy. So when Greg comes right out and says Logan shouldn’t crown Connor, it stands out. Logan’s choice ultimately says more about his belief in the appeal of Mencken, but we’ve seen before that he likes to get the man-on-the-street take, and Cousin Greg is the closest thing in the room to that(*). Shiv tries protesting the dangers of supporting a man like Mencken in this climate, prompting Logan to smugly reply — in phrasing that would no doubt enrage Greg’s grandfather Ewan — “Climate said I was going down. Climate said I should just step aside. I guess I’m a climate denier.” Earlier in the episode, Tom cracks open a bottle of wine from their own vineyard to share with his wife. It’s instantly clear that they hate it, yet they keep sipping and sniffing, trying to find something good to say about it, before Tom admits, “It’s not very nice, is it?” This is essentially Shiv Roy’s entire experience with her terrible family, yet she will keep looking for nice ways to look at the experience of being a loyal part of it.

(*) It’s another high-flying episode for Greg in general, who wins a group of alt-right bro followers when they find out about his plans to sue Greenpeace, and who talks Tom into taking the fall for anything Greg did about the cruise ship scandal. Also, Greg’s professed fear about prison — “Because of my physical length, I could be a target for all kinds of misadventure” — is perhaps the funniest line in an episode full of zingers.

While the bulk of the action takes place in and around the Future Freedom inanity, we periodically check in with Kendall back up in New York. Things are, to put it kindly, not going well for him. The DOJ is backing off on the Waystar investigation. It seems less because of the Raisin becoming a lame duck than because, as Lisa Arthur patiently tries explaining to Kendall, the evidence isn’t as explosive or damning as he’s promised, on top of various jurisdictional issues. If anyone is still in trouble in this mess, it may in fact be Kendall himself. And he just keeps making things worse, firing Lisa as his counsel because she punctures his ego by not disguising her superior intellect, then failing to recruit Tom over to his side in a desperate last-ditch effort. Even though Tom seems bound for prison if he stays on Team Logan, he’s observant and pragmatic enough to realize that it’s still the stabler position. As he bluntly tells Kendall, “I’ve seen you get fucked a lot, and I’ve never seen Logan get fucked once.” We know that Logan has often lucked his way out of these situations, but the results are all that ultimately matter. Which is why Kendall’s father is picking the next POTUS, while Kendall’s biggest accomplishment is planning an End Times-themed 40th birthday party that he describes as “Weimar meets Carthage meets Dante meets AI and antibiotic-resistant superbugs.” If you were Tom Wambsgans, you obviously wouldn’t side with that dude. Logan has what it takes. Kendall does not. And that’s how an aspiring fascist like Jeryd Mencken winds up a serious contender for the White House.