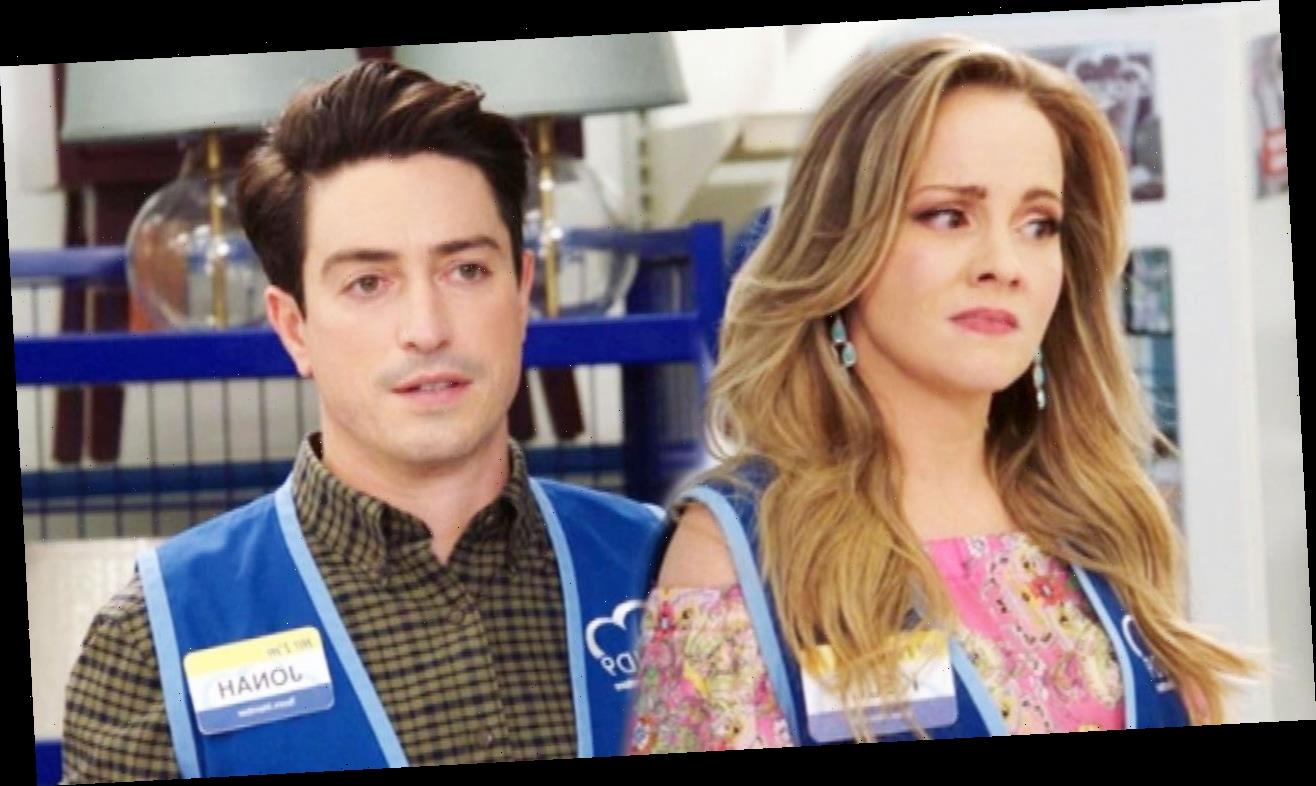 Former Cloud 9 employee (and Jonah’s ex) Kelly returns on Thursday’s episode of Superstore, and it’s all kinds of awkward between the two of them when they come face to face for the first time in a while since she transferred over to the Fenton store.

In ET’s exclusive sneak peek, Kelly (guest star Kelly Stables) surprises Glenn (Mark McKinney) with her presence when she seeks him out for her temporary assignment back at her old haunt. When it becomes clear that the boss is unaware Kelly was coming back, Mateo (Nico Santos) gladly jumps in to fill him in on why she’s there in the first place. Glenn does what he does best and pretends he knew the plan all along, relaying the message to a befuddled Kelly.

But Mateo clearly has a plan in mind, saving her from more Glenn-isms as he marches Kelly up to her new station for the day — with Jonah (Ben Feldman). Of course.

“You guys will be working together!” Mateo says knowingly. “Isn’t that funny?! The two of you, who used to date and lived together. Life is so random.” And just like that, he leaves the two exes alone to sit with their thoughts for a second.

Unsure how to react, Jonah breaks the ice by saying exactly what he’s feeling at that moment, “I don’t know what this is, but I’m sorry.”

“Am I dead? Is that why I keep ending up here?” Kelly asks, a bit downtrodden by the whole situation.

Kelly’s return to Superstore comes after Amy (America Ferrera) and Jonah broke things off before she headed off to California for her cushy new corporate gig. Surely, the presence of his ex-girlfriend will conjure up unresolved feelings.

“Jonah does not become a monk, I guess is one thing I can say. He continues to be a single guy living his life. We will explore that when the time is right,” Feldman told ET following Amy and Jonah’s breakup. “I mean, obviously, we’re not offering an ‘Amy No. 2’ the day after she’s out the door. We’re finding delicate ways to approach that idea.”

“He will try to throw himself into work and think, ‘Maybe I can move up here at the store.’ That’s the storyline that sort of plays out. We see him try to look at the opportunities in the store. And meanwhile, trying to tell Glenn especially that everything’s fine,” executive producer Gabe Miller told ET. “People don’t have to be worried about saying the name Amy around him. He’s clearly hurt by it. He’s trying to be adult about it and throw himself into other things.”

Superstore airs Thursdays at 8:30 p.m. ET/PT on NBC. For more on the series, watch the video below.

To stay up to date, sign up for ET’s daily newsletter.