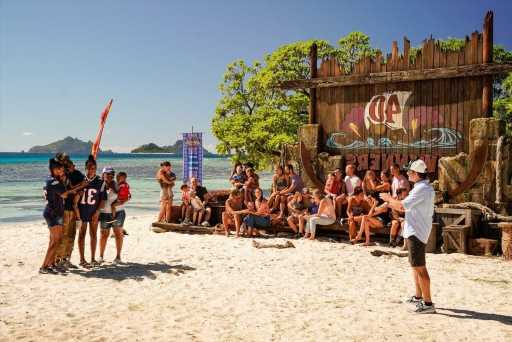 Fans of CBS’ Survivor can’t wait for future seasons of the show. Host Jeff Probst is hyping fans up for Survivor season 41, and there are already rumors surrounding what’s going on with season 42. Unfortunately, rumors suggest there’s a delay in filming season 42 due to a flight ban to Fiji. Here’s what’s going on.

Jeff Probst is hyping up ‘Survivor’ Season 41 after production stalled

Survivor Season 41 is already getting heavy press from host Probst. Probst hosted every season of Survivor since the first, and he continues to post updates for fans on Instagram to keep them in the loop regarding production on the new season. Due to the coronavirus (COVID-19) pandemic, production on the show stalled. But it’s officially coming back in fall 2021 to CBS.

“Hey Survivor fans, I have some exciting news to share,” Probst said in a video posted to Instagram on March 22, 2021. “Survivor‘s going back into production. Fiji has invited us back to their beautiful country to shoot season 41.”

On May 31, 2021, Probst posted another video to social media showing him on the set of Survivor Season 41 prior to a challenge. “Greeting from Fiji, where it is cold and rainy and windy and we are shooting Survivor,” Probst noted. “In fact, we are just a few minutes away from shooting a challenge.” He then talked about how the past 21 years of the show have been amazing for the cast and crew. “I hope you like it,” he added. “Trying some new things, as always.”

While Survivor Season 41 is well underway, it looks like there might be some trouble for season 42. According to Inside Survivor, rumors suggest the season 42 cast and crew are experiencing delays.

The site notes Fiji suspended international passenger flights in April 2021, which affects season 42. “I want to be clear with everyone: Fiji suspended all international passenger flights from all countries on the 22nd of April, nine days ago,” Ministry of Health permanent secretary Dr. James Fong announced. “We are not labeling countries as high-risk or low-risk — we simply are not taking passengers from any countries at all.”

Inside Survivor notes the season 42 cast was set to fly to Fiji at the end of April 2021, right around when this announcement was made. Just as season 41 finished filming, the season 42 cast was allegedly set to quarantine and get ready to film. Rumors suggest the filming for season 41 went unaffected by the delay, but because the cast for season 42 wasn’t even in Fiji by the time they were supposed to begin filming, we can’t say for sure what’s going to happen with the filming for that season.

When is ‘Survivor’ Season 41 coming out?

Fans might have to wait for season 42, but Survivor Season 41 sounds like it’s going smoothly. Given how excited Probst appeared on social media while in the cold rain in Fiji, it seems filming is well underway. And if Inside Survivor’s timeline is accurate, Probst likely took that video for social media during one of the last challenges of the season. It’s no wonder he appeared so excited for what’s to come.

In Probst’s Twitter video, he announced Survivor returns September 2021. We can’t wait to hear more about the cast, the twists, and any potential themes leading up to the big premiere.

CBS did not return a request for comment regarding season 42 rumors by the time of publication.