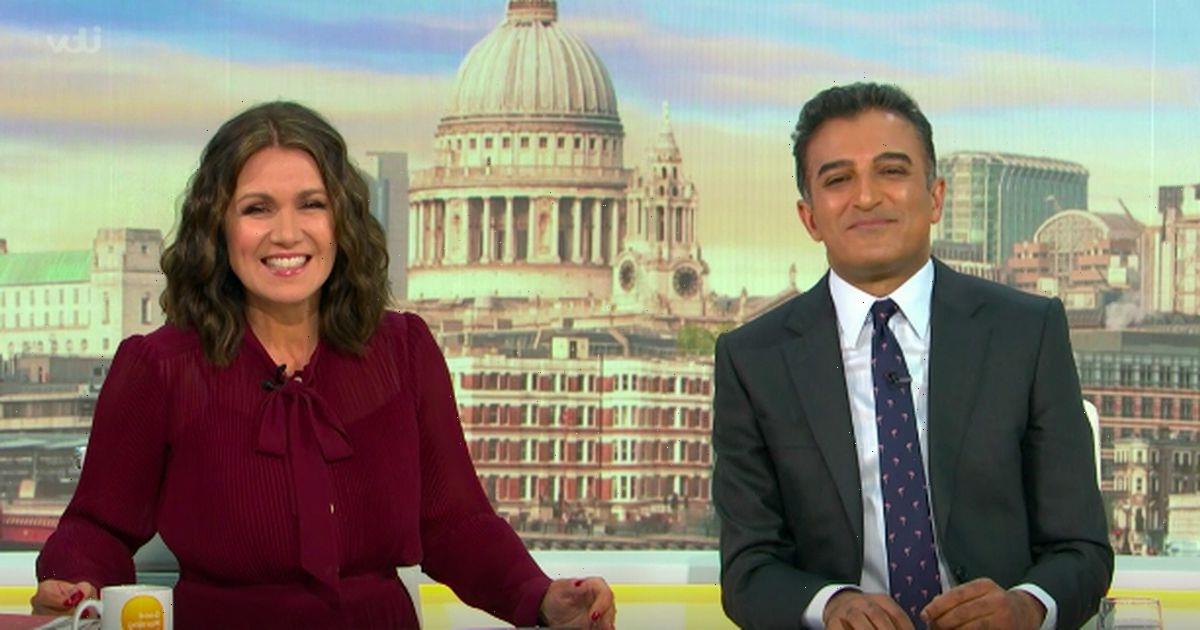 The reality TV star appeared via video link from the garden of the plush home he shares with actress Michelle Keegan to talk about his new fitness book.

Half way through the interview producers flashed up a promo image of Mark which saw him totally naked.

Showing off his ripped torso, the former professional footballer rocked his six pack abs and tense pecs as he posed with a large cover of the book over his manhood.

Visibly stunned, Susanna gawped on opened-mouthed before exclaiming: "Well there is a picture, blimey." She laughed: "You are certainly into your fitness Mark."

Earlier on in the show, Mark opened up about his difficult year which has seen his family ripped apart by the Covid pandemic.

The Essex lad was left heartbroken recently after the death of his beloved uncle.

Speaking frankly, Mark said: "It has been a really hard time for so many people.

"It's not been as hard for me as others but it has been really hard.

"It was a year that I will never forget but I would like to forget."

Looking pensive, he added: "It has hit out family hard.

"We live and move on. For now I want to look forward and keep making my uncle proud." Smiling Mark continued: "He was the person who knew every time I was in Good Morning Britain.

"I am not going to dwell on it but i will always remember him."

Speaking on Tuesday, Prime Minster Boris Johnson has confirmed there is nothing in the current government data to suggest England will need any social distancing rules past June 21.

Currently groups of six are allowed to meet outdoors though social distancing must be follow.