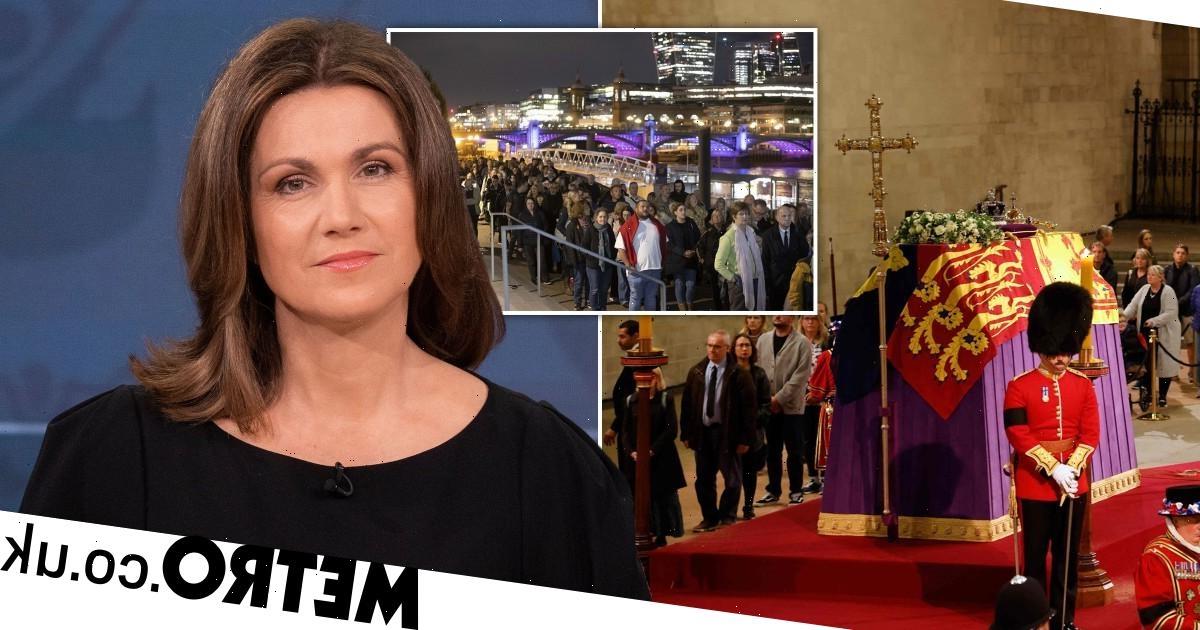 Susanna Reid has recalled the ‘privilege’ of queuing to see the Queen’s coffin lying in state ahead of the late monarch’s funeral today.

The Good Morning Britain presenter, who queued for seven hours to pay her respects, likened the journey to a ‘pilgrimage’.

The Queen’s coffin has been lying in state in Westminster Hall since 3pm on Wednesday, arriving after the Royal Family accompanied her on foot in an emotional final farewell to Buckingham Palace.

The late monarch has been lying in state for four days, as the nation says goodbye at her funeral today.

Presenting on GMB today, Susanna recalled the moment, saying: ‘It is an enormous privilege to have been able to do that, to spend time paying our last respects, but also those hours in the queue as well, coming to an end now.’ 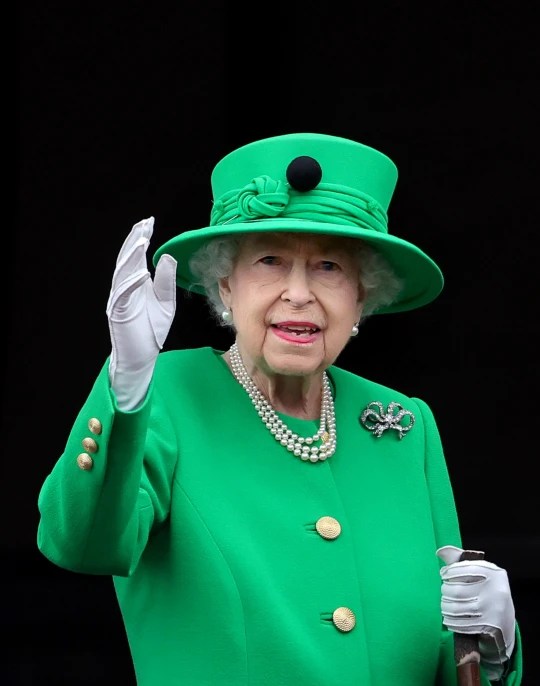 ‘It’s huge commitment, when we were talking and you were in the queue for seven hours and 20minutes in total with your mum and a friend,’ co-host Ben Shephard replied, adding: ‘When you do anything like that, and endeavour, because it really is an endeavour to stay that long for this moment, you can understand why, for some, they are overwhelmed with emotion.’

‘Whether you are religious or not, a royalist or not, it feels like a sort of pilgrimage, and a historic moment, a historic opportunity,’ Susanna continued.

She later praised young children who had been queuing around her, saying: ‘When I was in the queue, young children, patiently and uncomplainingly stood for hours,’ continuing: ‘I was so proud of my mum at 81 queuing with me.’

Susanna joined the queue on Thursday to pay her visit, taking to Twitter afterwards to write: ‘Evening – along with my lovely mum and her very good friend, I have just experienced a moment in history – witnessing the Queen lying in state in Westminster Hall. At once majestic and peaceful.

Head to Metro.co.uk’s Queen Elizabeth II tag page for the latest updates, and sign Metro.co.uk’s book of condolence to Her Majesty here.

‘If you are planning to queue here are our tips. We joined at 1.23pm near Butlers Wharf and entered Westminster Hall at 8.43pm – 7 hours 20 mins. Wear the comfiest shoes you own. Go with someone if you can, although everyone in the queue was friendly.’

Continuing her thread, Susanna added further tips, highlighting that there is no queue jumping.

She wrote: ‘Don’t carry too much in a bag – water is freely available and there are lots of cafes along the route. Also plenty of toilets. I put my phone on low battery mode and it lasted the entire time.

‘The first part of the queue is for wristbands. Ours were given out at Tower Bridge about an hour after we began queuing. There is no queue jumping – people waited patiently for wristbands and once you have one you can leave the queue for snacks/loo stops & slip back in.’

Replying to comments on her Tweet, Susanna added that her mum was able to find places to sit in that time, writing: ‘A number of times on the public benches along the route. It is a challenge standing for that long.’

Many social media users praised Susanna’s patience and determination to see the Queen despite the queues, while others applauded her for actually queuing rather than skipping the line.

This comes after This Morning bosses have denied Holly Willoughby and Phillip Schofield skipped the queue to see the Queen’s coffin, after their appearance sparked outrage online.

The daytime TV duo looked sombre as they entered the hall on Friday to view the coffin, where they were led to a press gallery for a separate viewing.

In response to the speculation, This Morning shared a statement on their Instagram page.

‘Hello everyone, we would like to clarify something’, they began. We asked Phillip and Holly to be part of a film for this Tuesday’s programme.

‘They did not jump the queue, have VIP access or file past the Queen lying in state – but instead were there in a professional capacity as part of the world’s media to report on the event’.

Holly and Phillip have been covering the events of the period of mourning on This Morning throughout this week, most recently saying they were ‘relieved’ to see Meghan Markle and Kate Middleton standing by their husbands’ sides after the Queen’s funeral procession.