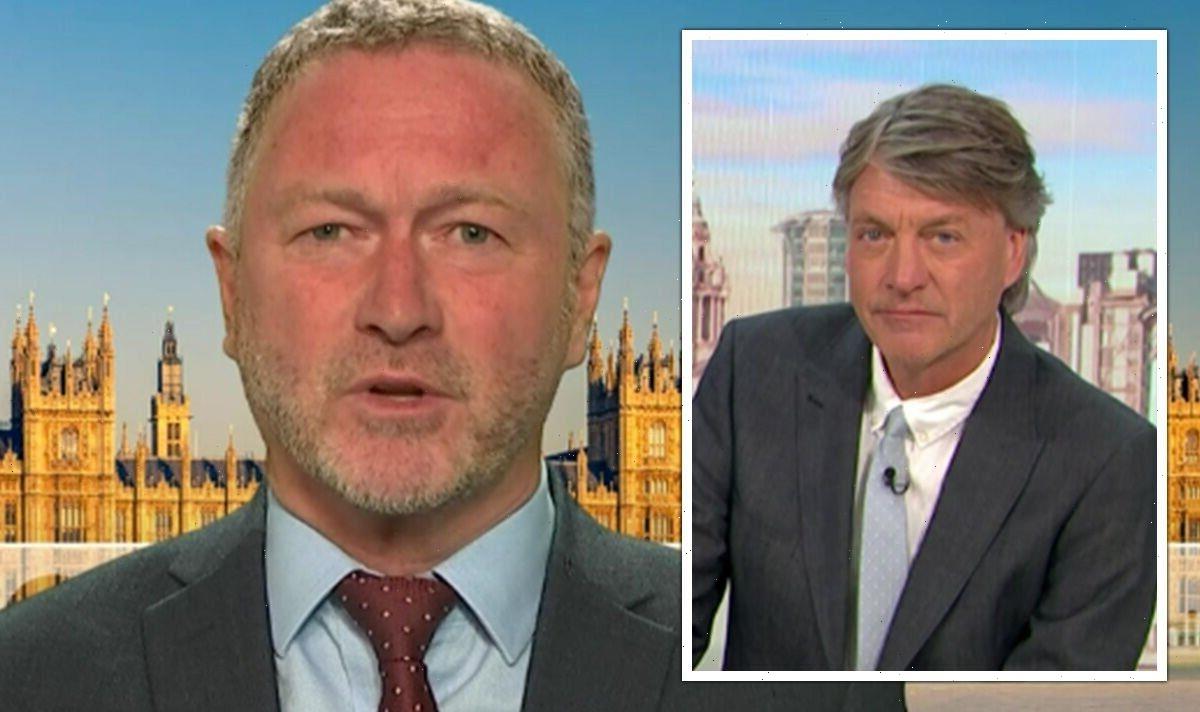 The Good Morning Britain presenter lashed out at Shadow Secretary of State for Justice Steve Reed over the Labour leader’s “fake” threats to quit if Durham Constabulary fine him over his lockdown beer with aides. Madeley told the minister a “sword of Damocles” is hanging over the Party’s head on Wednesday’s instalment of the ITV news programme.

As Reed was attempting to put forward his point, Madeley furiously interrupted, saying: “If you don’t think [Starmer] broke the rules and he claims absolutely not to have broken the rules and is very confident about not being fined, why on earth has he offered to resign?

“It’s a sword of Damocles hanging over your party’s head.”

Reed hit back: “The police will take the decision ultimately, not Starmer or I, but if he has breached the rules inadvertently he will resign as he has integrity and Boris Johnson clearly does not.”

A furious Madeley, who did not appear convinced by the MP’s response, branded the situation “political theatre” and called Starmer’s vow “fake”.