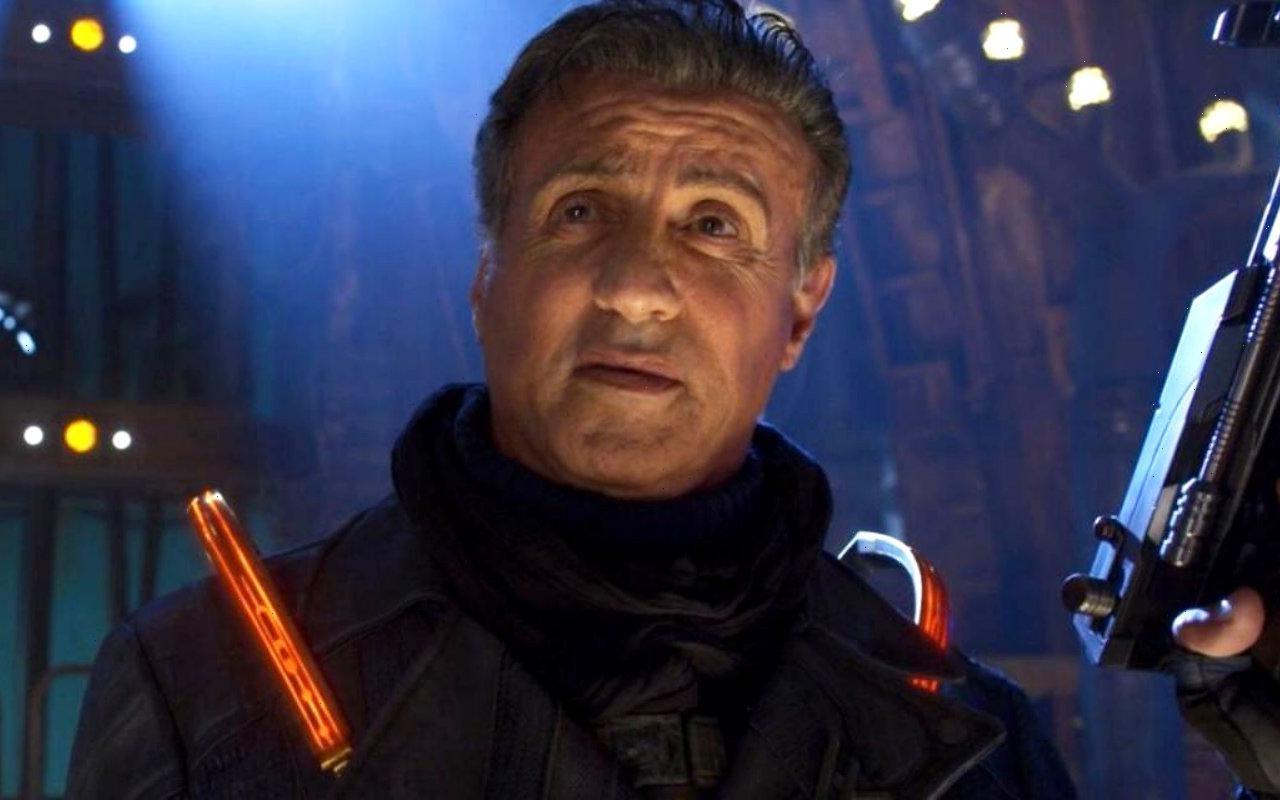 After seemingly confirming his return as Stakar Ogord / Starhawk with a behind-the-scenes picture on Instagram, the ‘Rambo’ star swiftly deletes the image from his account.

AceShowbiz –Sylvester Stallone has seemingly let his excitement get ahead of his vow of secrecy while working on “Guardians of the Galaxy Vol. 3“. After confirming his return as Stakar Ogord / Starhawk, the actor has unveiled the first look at his character in the upcoming movie, only delete it afterwards.

On Monday, November 15, “The Expendables” star took to his Instagram account to share a behind-the-scenes images of him dressing in character. “Yes, what’s coming your way? Keep your guard up,” he wrote in the caption.

In the image, Sly wore his royal blue flight jacket complete with gold trim and a multitude of zippers. The suit collar goes right up to the actor’s chin and a Ravagers patch is sewn onto the shoulder of his jacket. He rocked a slick-backed hairstyle.

Stallone, however, seems to have received a notice from Marvel because the photo is no longer available on his account.

Previously, Stallone confirmed his return to “Guardians of the Galaxy Vol. 3” by sharing videos from the set. On Friday, November 12, the 75-year-old actor posted clips of him being surrounded by multiple cameras and filming equipment.

“For those interested [in] what goes on behind the scenes for filmmaking. Here’s just a very small part of it. Face duplication,” he wrote in the caption. He then showed how it works in the second clip as a bunch of cameras flashed to photograph his face.

Stallone’s character Stakar was first introduced in “Guardians of the Galaxy Vol. 2“. He will return to the third installment along with Chris Pratt, Zoe Saldana, Dave Bautista, Vin Diesel, Bradley Cooper, Karen Gillan, Pom Klementieff and Sean Gunn. Will Poulter, meanwhile, is cast as Adam Warlock.

James Gunn still serves behind the lens with the script that he wrote himself. Principal photography began earlier this month in Atlanta, Georgia with the film being scheduled to hit theaters on May 5, 2023.