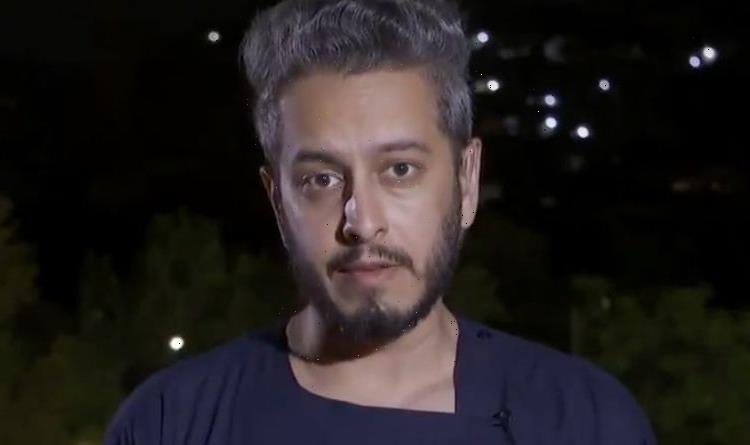 Taliban 'hunting' down Afghans who worked with Nato and US forces

BBC correspondent Secunder Kermani has revealed that many Afghans who worked with international forces fear for their lives after documents show that the Taliban have been going door-to-door to hunt targets, saying there are “pockets of huge chaos” in areas.  It came after a confidential report to the UN was released this morning.

Presenter Kirsty Wark said on BBC Newsnight: “There are stories of Taliban going door to door hunting for those who they will say collaborated with coalition forces”.

BBC Pakistan & Afghanistan Correspondent Secunder Kermani said: “This is a report drawn up for the United Nations and it talks about a campaign by the Taliban searching for those who have collaborated with international forces or former members of the intelligence services.

“Well, the Taliban has announced an amnesty for all those who are linked to the government.

“I had a long chat with a Taliban commander by the airport, in fact, earlier this evening, and he was insisting that his forces would respect the amnesty.

He continued: “They didn’t bear any grudges to their former enemies.

“But even before taking Kabul, we had seen reports emerging from some parts of Afghanistan of revenge killings taking place.

“Although, we also saw large numbers of security forces surrendering to the Taliban and then laying down their weapons and going about life it seems more or less as usual.

“This report, drawn up for the UN talks about the targeting of former members of the intelligence services about them being held for questioning, their families at times being threatened if they don’t appear in front of the Taliban.”

Mr Kermani added: “So that’s one of the reasons why we’re seeing these pockets of chaos because despite this more conciliatory tone in public, many fear that the Taliban will target them eventually.”

According to the confidential document from the RHIPTO Norwegian Center for Global Analyses, which provides intelligence to the UN, the Taliban were targeting “collaborators”.

It claimed that the militants have been going door-to-door in search for targets and threaten their family members.

Christian Nellemann who heads the group behind the report told the BBC: “There are a high number of individuals that are currently being targeted by the Taliban and the threat is crystal clear.

“It is in writing that, unless they give themselves in, the Taliban will arrest and prosecute, interrogate and punish family members on behalf of those individuals.”

He also warned that people who are on the Taliban’s blacklist were in severe danger, and that there could be mass executions.
Source: Read Full Article