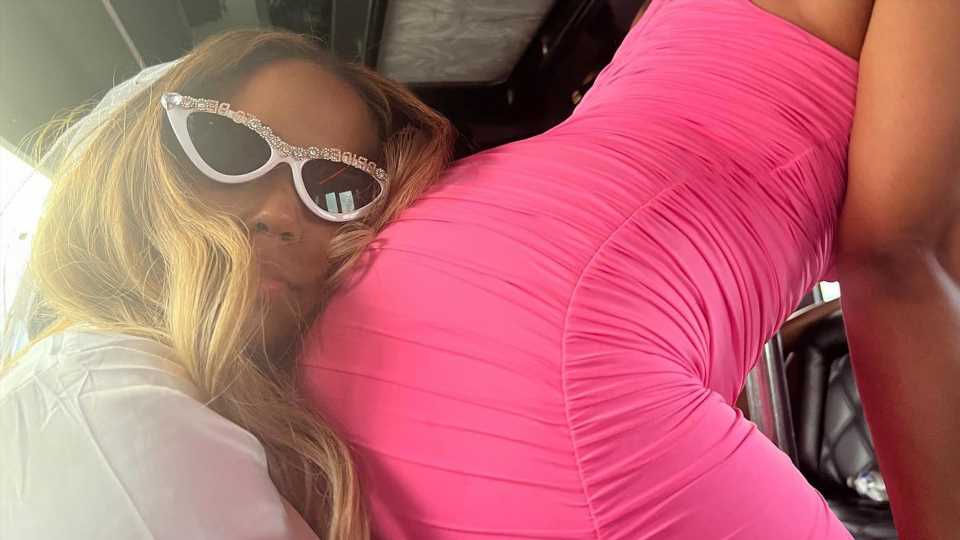 CHEYENNE Floyd got up close and personal with her friends during her wild bachelorette party.

Among the many crazy photos to come from the weekend was one of her sister twerking directly on the Teen Mom's face. 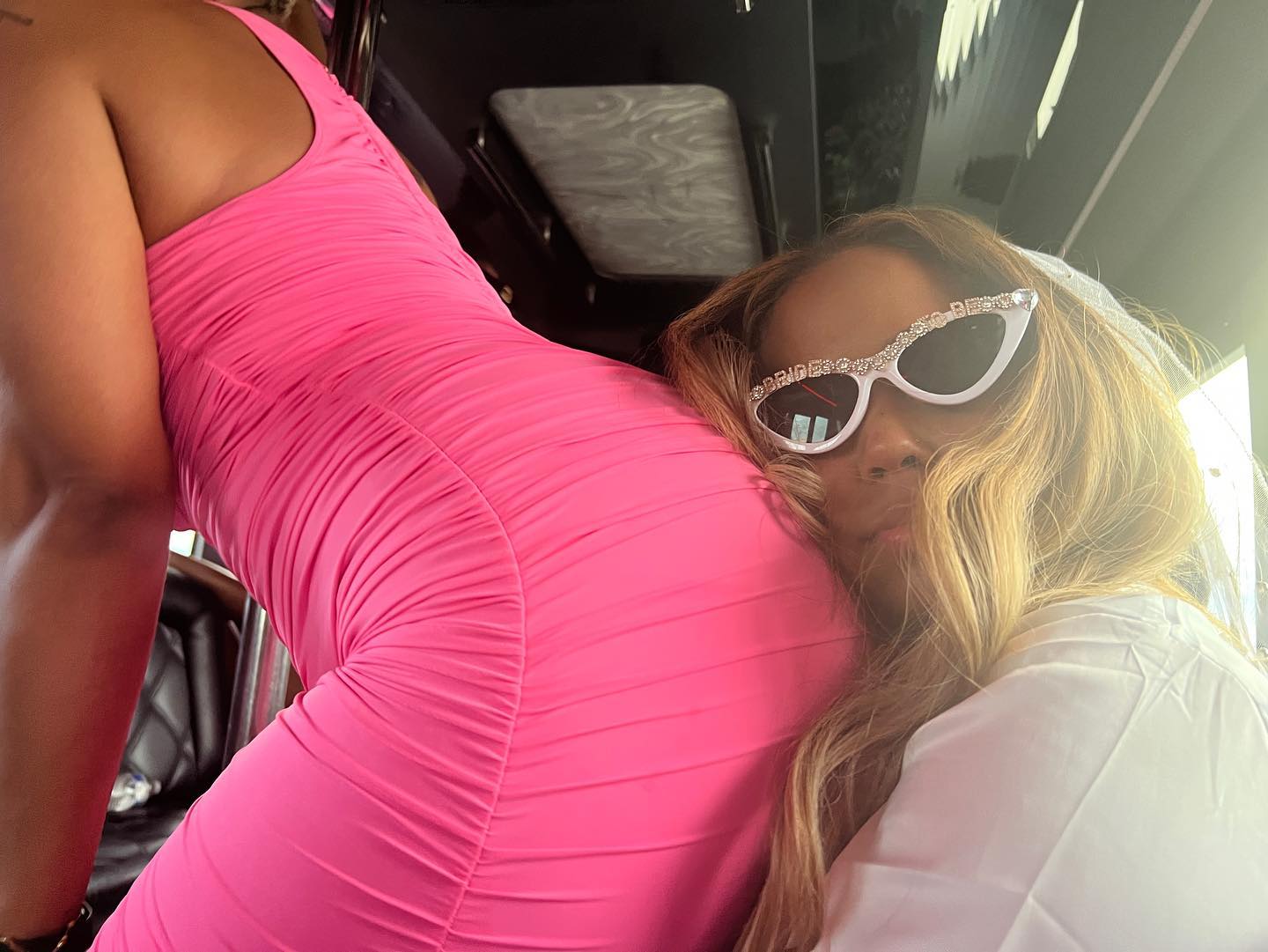 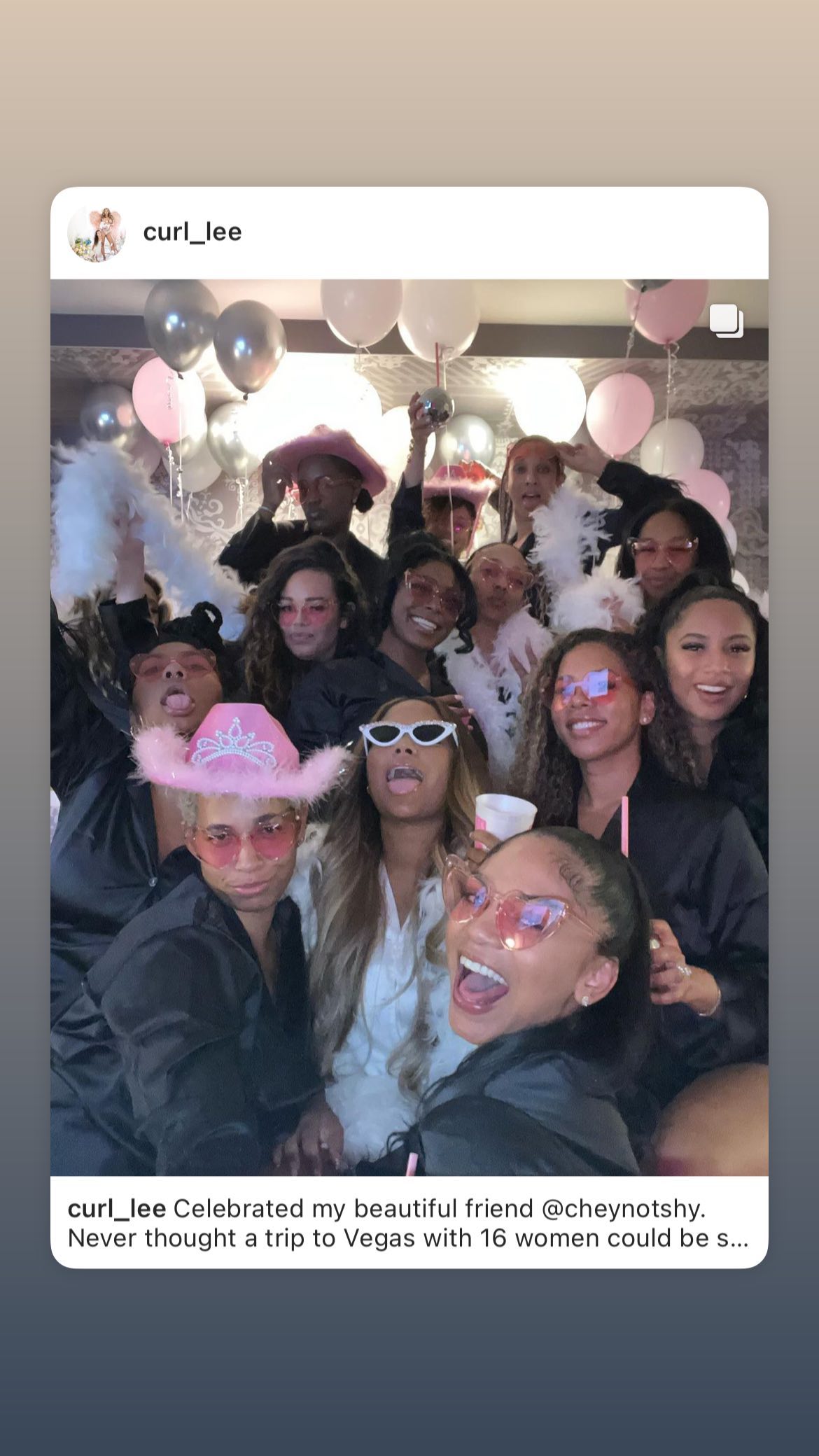 In the cheeky pic, Cheyenne and her crew were having fun in a party bus.

While some danced on the included stripper pole, one guest, who looked an awful lot like Cheyenne's sister, R. Kylelynn, started twerking, and pushed her tush right into the reality star's face.

And that may have been the tamest part of the trip.

The Vegas getaway began to get wild as party guests started to take turns dancing on the stripper pole mounted inside of the bus. 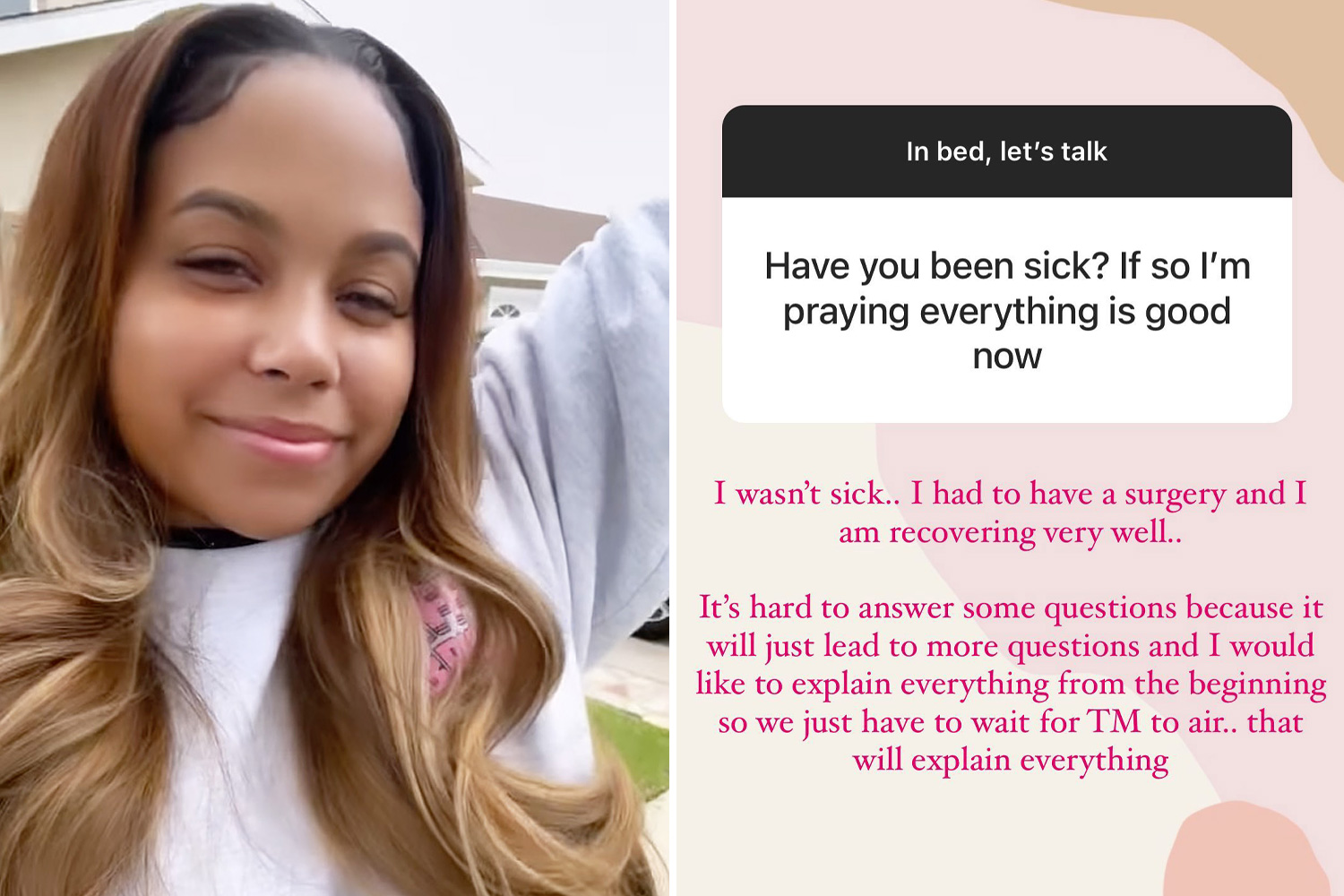 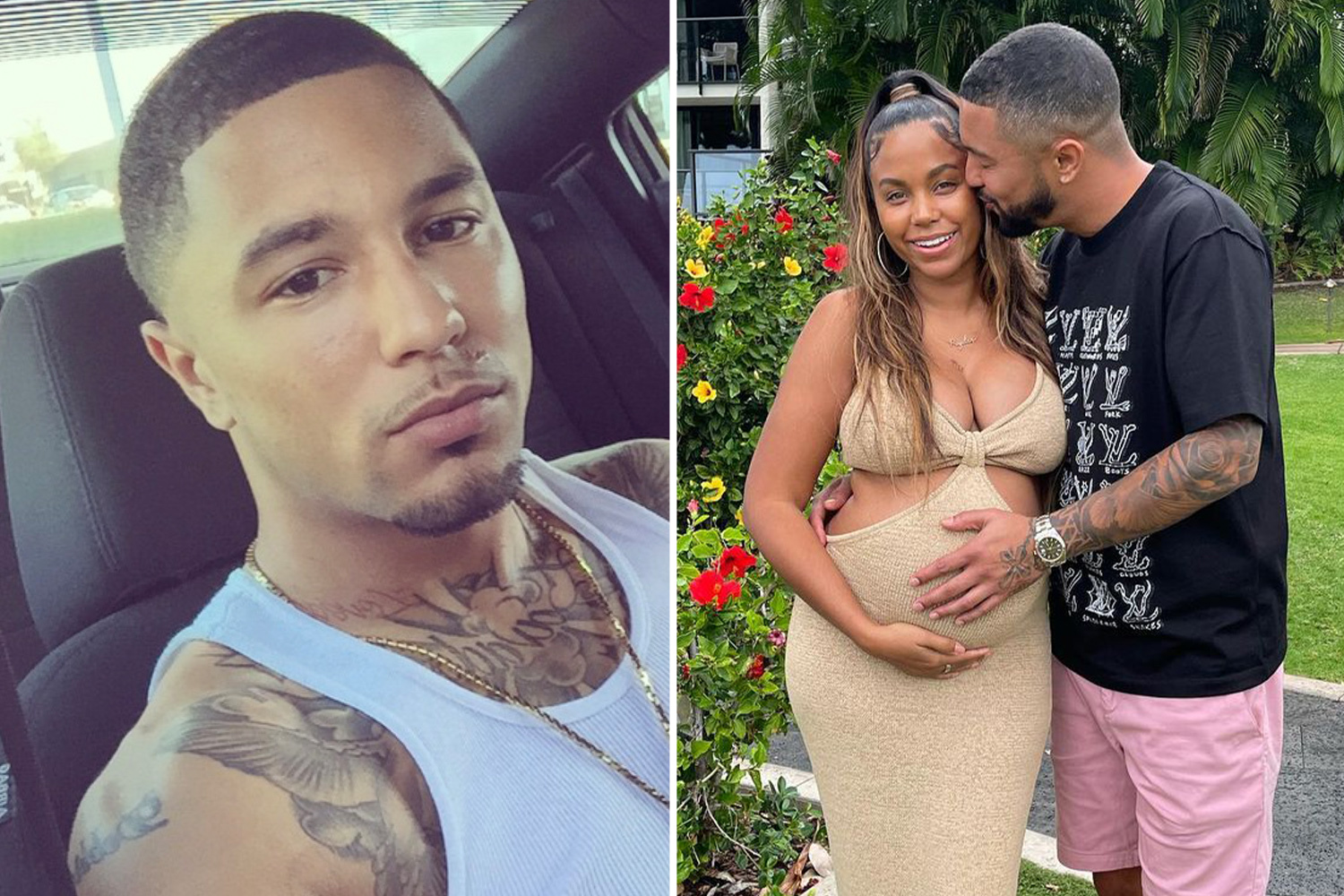 Butt slapping and twerking ensued as the ride continued and more drinks were consumed.

Screams echoed around the party on wheels as Cheyenne and some of the other attendees, who felt more comfortable in their seats than swinging around the pole, cheered on the dancers.

The party bus was stocked with custom-made "juice" pouches that read "Giddy Up," followed by the party's theme "Chey's last hoedown."

The party bus ride proceeded with everyone aboard out of their seats, filling the aisle, and dancing to the music.

BLUE MUST BE JOKING

Even the normally subdued Cheyenne appeared to be feeling the magic of the moment as she danced and casually flipped off the camera.

Cheyenne, 29, is engaged to Zach Davis, 31, who is the father of the reality star's second son Ace.

The two are scheduled to tie the knot in September.

On Monday, after the partying was over, Cheyenne shared some her memories on Instagram, including one photo of her smiling while sitting on a towel blanket near a pool.

She captioned the group of photos: "The amount of detail & attention that was put into creating this bachelorette weekend for me is unreal!

"Thank you to my village for rallying around me this trip and making this happen.

Student made chilling prediction about ‘being murdered’ before disappearance

I tried the Kardashians’ viral hair stick dupe – is it worth it?

"I am so appreciative, emotional, & overwhelmed with all that has done for me."

She added the hashtag VegasBeforeDavis for good measure. 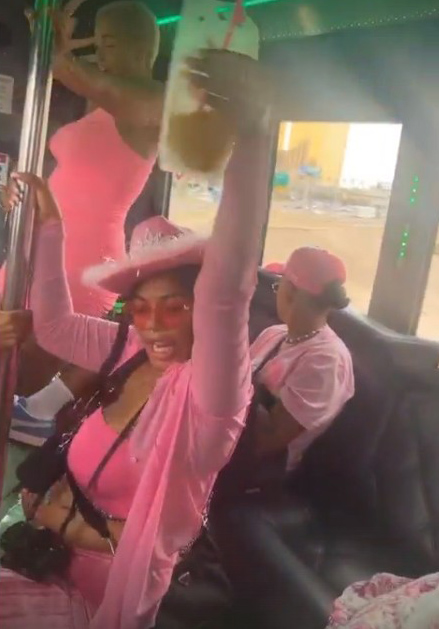 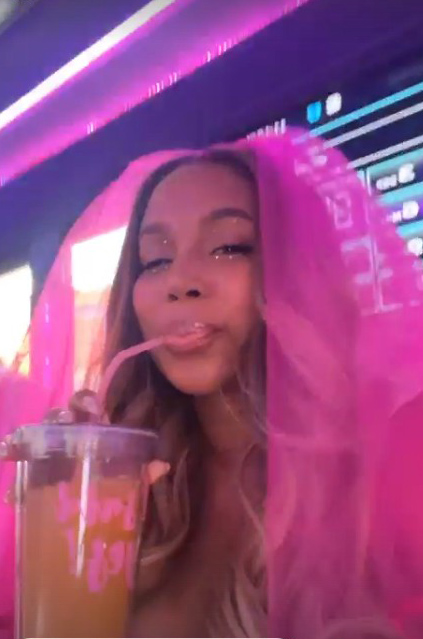 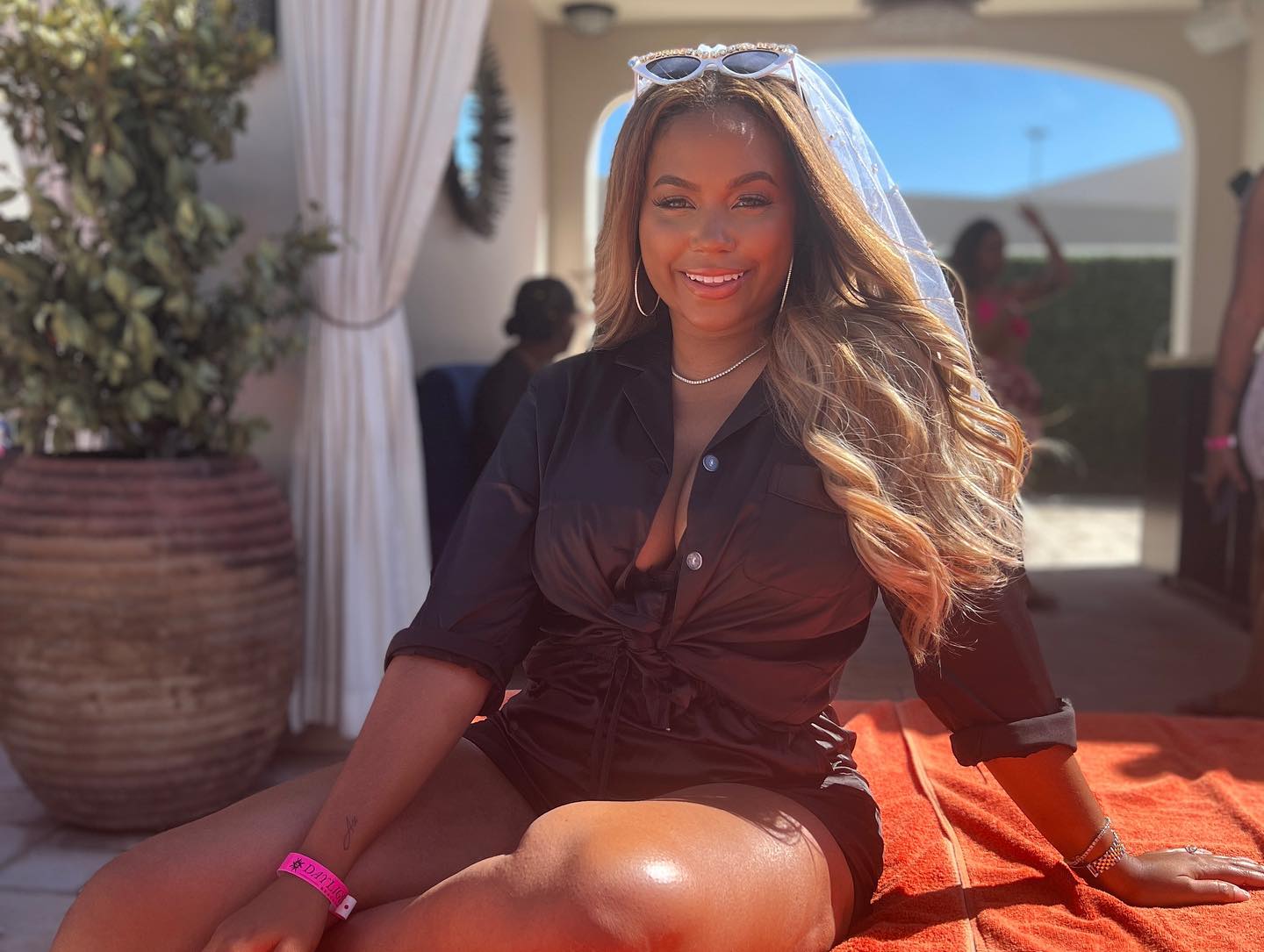