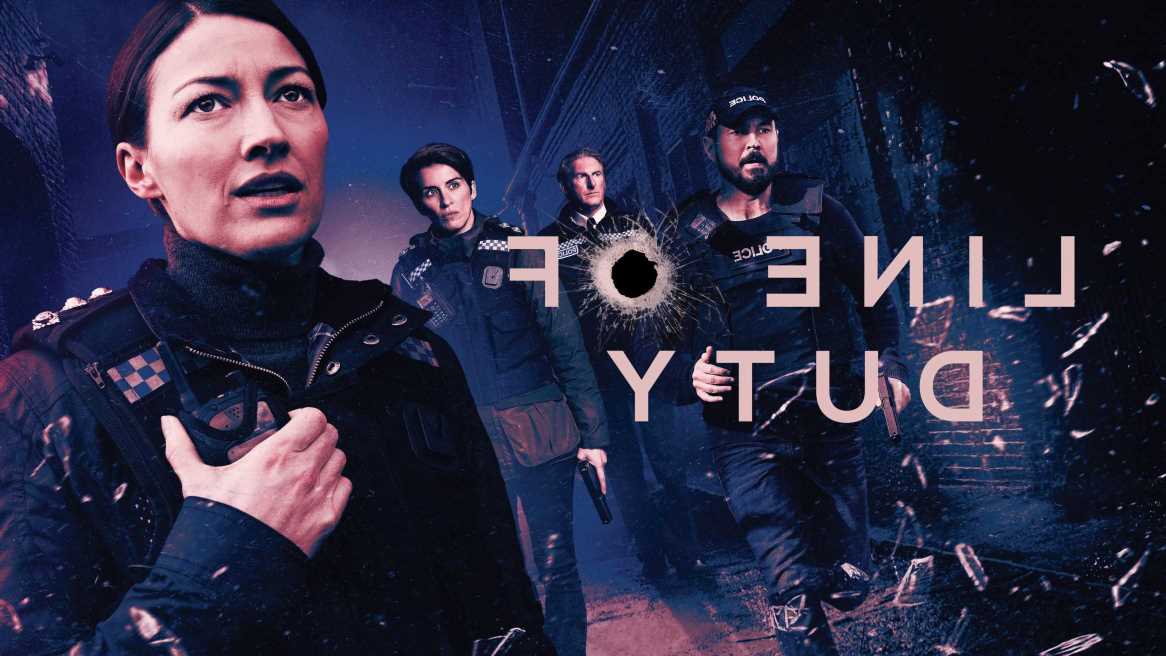 WITH Line Of Duty series six still fresh in everyone's minds, you'll be forgiven for trying to find something to fill that gap in your binge-watching schedule.

Thankfully, NOW has a whole host of amazing series for you to sink your teeth into – from old classics to major TV talking points that you can now catch up on and get involved with.

Here's some of the best shows on NOW you can check out to get your crime drama fix. 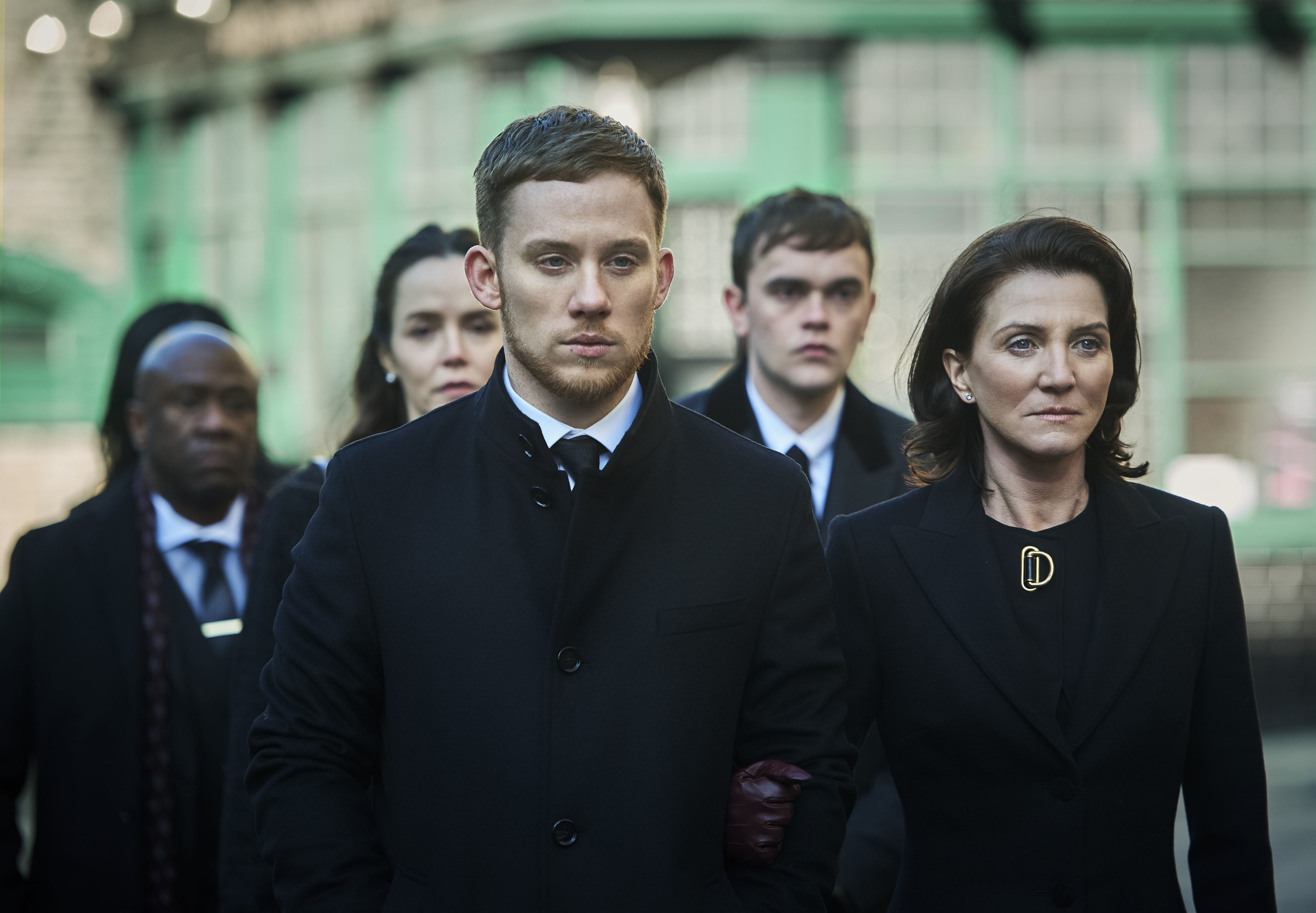 Gangs Of London follows the struggle for power of the capital following the assassination of Finn Wallace – one of the most powerful criminals in the city.

Son Sean (played by Peaky Blinders’ Joe Cole) seems the natural successor of his title, but it doesn’t take long for rivals to impeach on their territory not just in England, but the cartels across the world who have got wind of Finn’s demise.

With the Albanian Mafia, Pakistani drug cartel and freedom fighters all coming into play, Sean needs to figure out who killed his father, and whether he can assume his place. 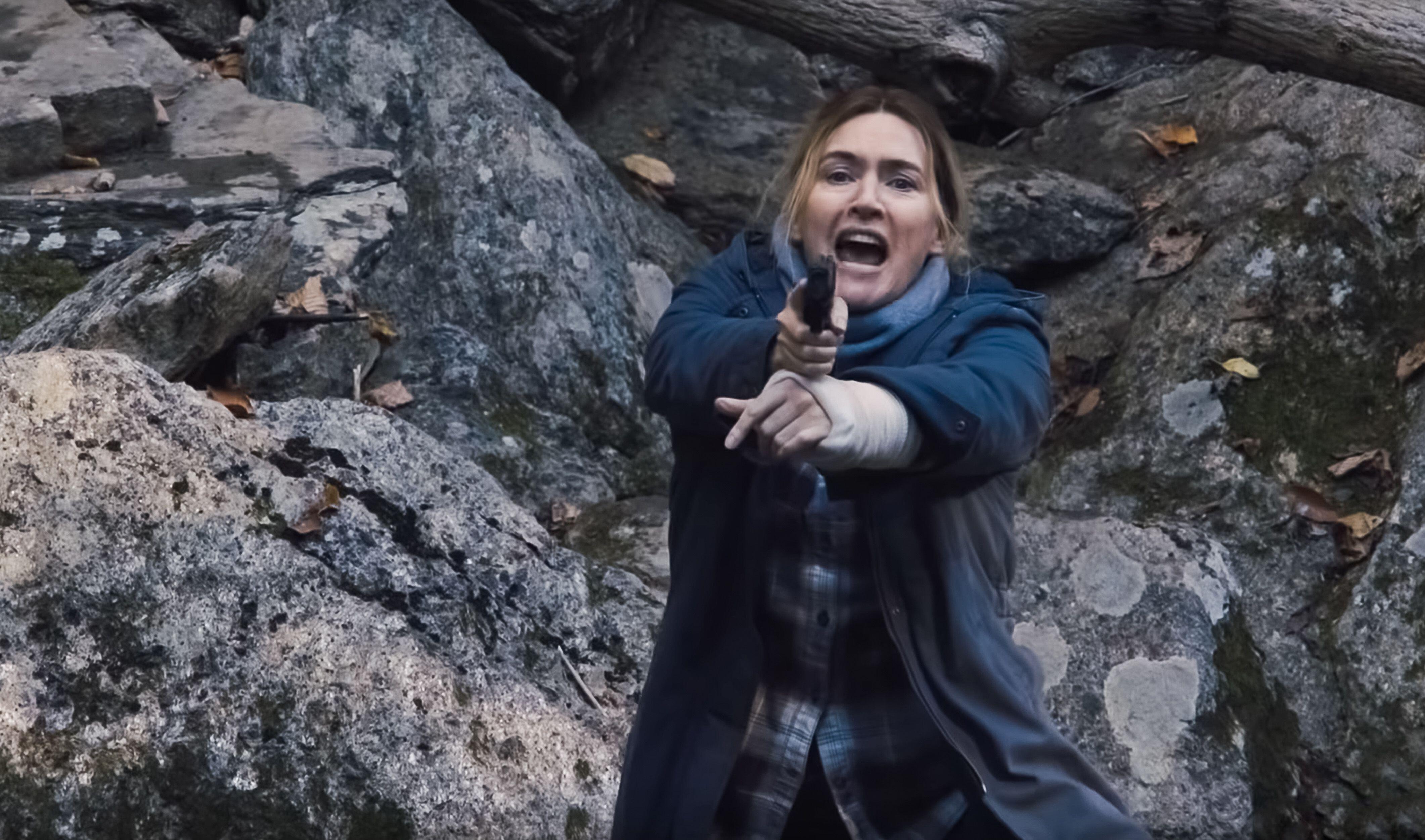 Kate Winslet stars as Mare Sheehan, a small town detective who is tasked with investigating the death of a teenage mother, who was found washed up in a stream after a fight with other students at her school.

But with a town so small, everything is interlinked, and with the death of her own son still weighing heavy on her mind, it’s up to her to try and keep a level head and not too emotionally invested in the search for the killer.

Meanwhile, there’s other girls going missing from nearby, with families frantically searching for answers.

Could they all be interlinked? 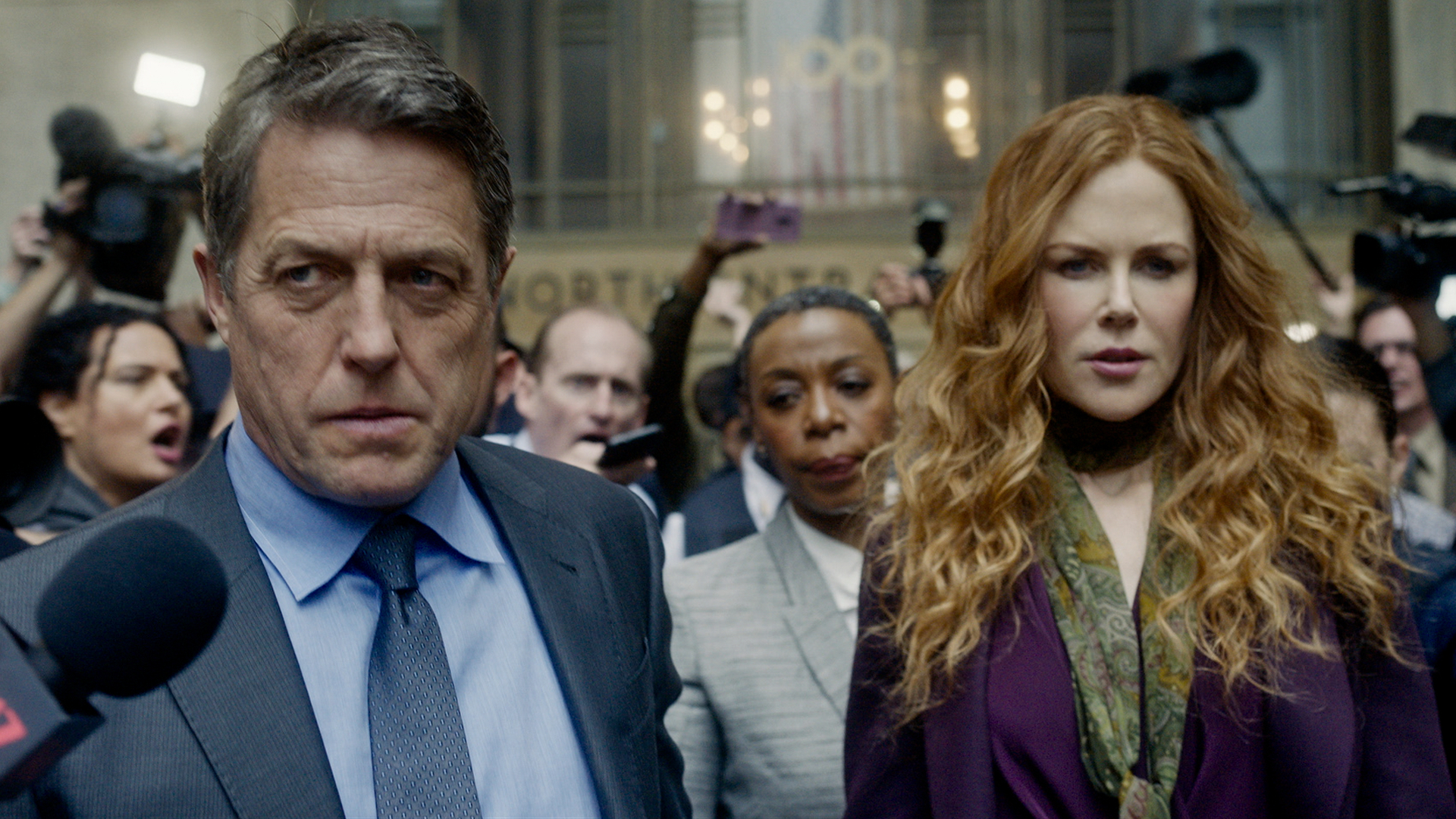 Hugh Grant and Nicole Kidman star as married couple Grace and Jonathan Fraser who seemingly have it all – but their perfect world is shattered with the murder of a single mother.

Soon, lies begin to unravel as Jonathan is put in the spotlight for the murder, with an affair with victim Elena Alves (Matilda De Angelis) quickly uncovered.

Did he really do it? Or are there other sinister games at play? 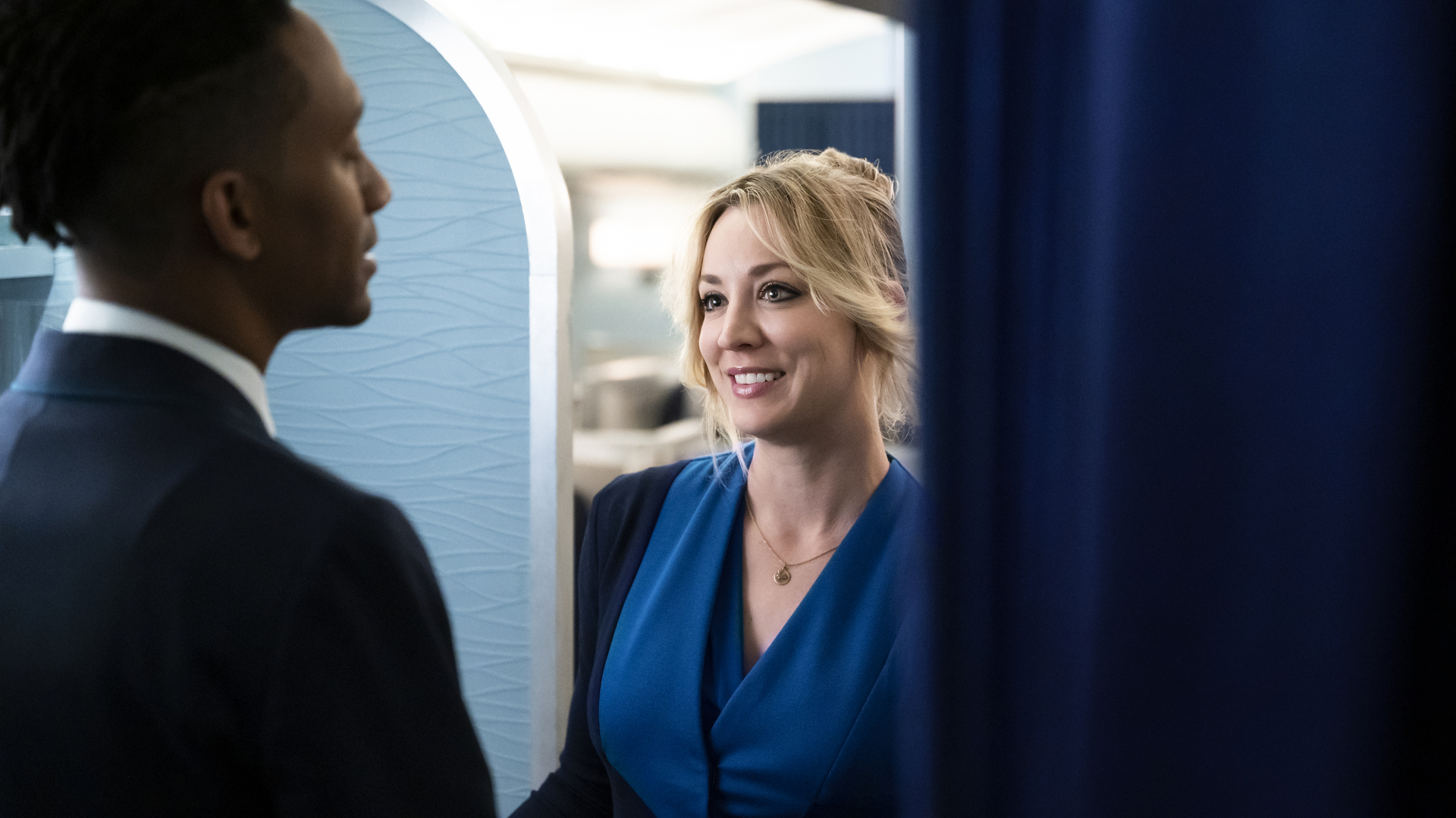 Flight attendant Cassie Bowden (played by The Big Bang Theory’s Kaley Cuoco) has her hard-partying lifestyle come crashing down on her when she wakes up after a drunken night to find her one-night stand dead in bed next to her.

Scared she would be arrested by Bangkok authorities, Cassie panics, cleans up the mess and rushes out of the room – triggering an international investigation to track her down.

Did Cassie really kill someone in a drunk blackout? Or is someone framing her for the crime?

Even she isn’t entirely sure – but the hunt for the killer is officially on either way. 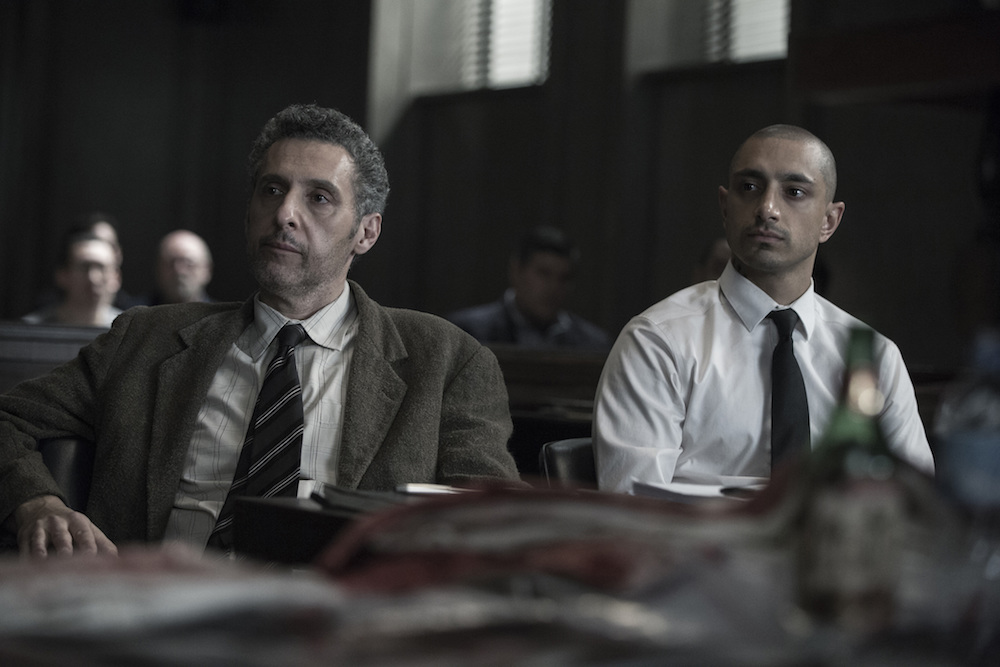 Nasir Khan finds himself in a world of trouble after stealing his father’s cab for the evening, before spending the night with a woman he picks up.

Waking up to find her stabbed to death, Nas makes a run for it, only to be pulled over by cops for a traffic violation.

Soon found with the knife on his person, he now is in a race against time to find the real killer and clear his name before it’s too late.

The American series is based off the first series of UK show, Criminal Justice.

Based on Stephen King’s novel of the same name, The Outsider follows an investigation into the horrific murder of a young boy by local detectives.

Seemingly a cut-and-dry case, Little League coach Terry Maitland is arrested for the horrific crime, despite protesting his innocence.

Soon, things soon take a turn for the supernatural with proof that not everything is at it seems, and things soon begin to fall apart for everyone involved with more deadly twists on the horizon.

The Walking Dead’s Lennie James stars as Nelson Rowe, a man left on the warpath after he’s arrested for kidnapping his estranged teenage daughter.

With the 13-year-old missing without a trace and the police determined to pin it on him, Nelson takes it upon himself to find her and reveal the truth.

On a mission to track her down and with his ex (Suranne Jones) desperate to find her daughter, Nelson is soon pulling in favours and getting out of his depth as his quest for the truth takes unexpected turns.

With an all-star cast including Jude Law, Naomie Harris, Emily Watson and Paddy Considine, The Third Day is told in three parts – Summer, Autumn and Winter.

The show follows UK residents as they’re drawn to a mysterious island off the coast, and what happens to them once they manage to get there.

The stories soon intertwine as reality and fantasy begin to mix, the show will definitely keep you on your toes as viewers follow what the newcomers discover once they’re there – or what they’re running away from in their past.

True Detective is an anthology series, so you can jump in any season you want – but if you ask most, the first season is probably the best.

Starring Matthew McConaughey and Woody Harrelson star as detectives who are forced to go through a series of cold cases after the discovery of a grisly and weirdly staged murder victim.

The investigation forces the pair to reconsider their past and their present, as well as assumptions of masculinity and Christianity within their town. 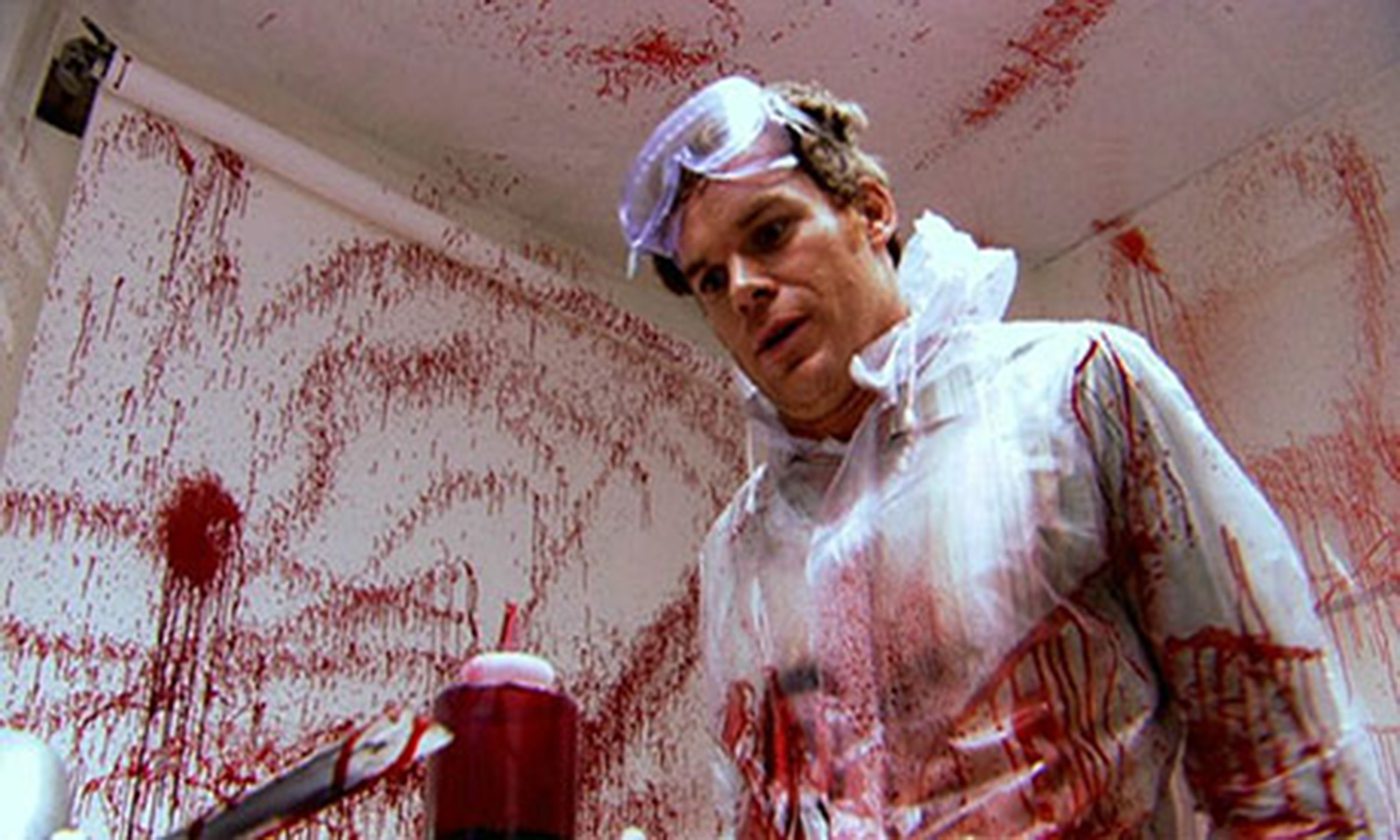 If you want to get ready for the Dexter reboot, now is as good a time as any to get involved and binge-watch this crime drama from the start.

Michael C Hall stars as the titular Dexter, a blood spatter analyst for the Miami Metro Police Department with a side hustle of being a serial killer.

Only killing those he believes has evaded justice, Dexter needs to keep himself out of the spotlight – but there are people around who are getting suspicious and as he opens up and starts relationships, he finds himself with more to lose. 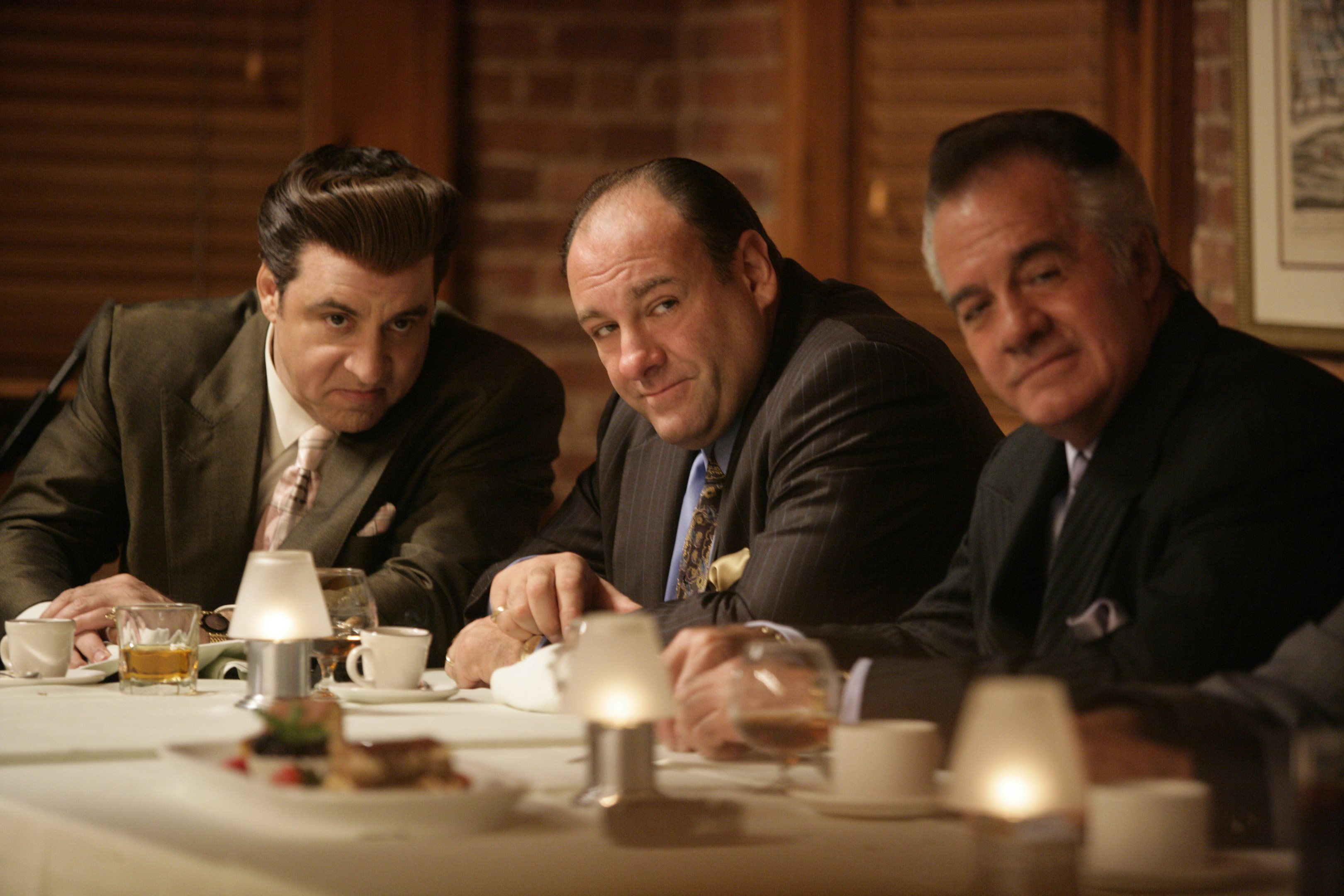 A true classic that is regarded as one of the greatest television series of all time, The Sopranos tells the story ofthe difficulties faced by Tony Soprano (James Gandolfini).

Tony is a New Jersey-based Italian-American mobster trying to balance his complicated family life with his role as the leader of a criminal organization.

His exploits are delved into during his therapy sessions with psychiatrist Jennifer Melfi (Lorraine Bracco) after he suffers a panic attack. 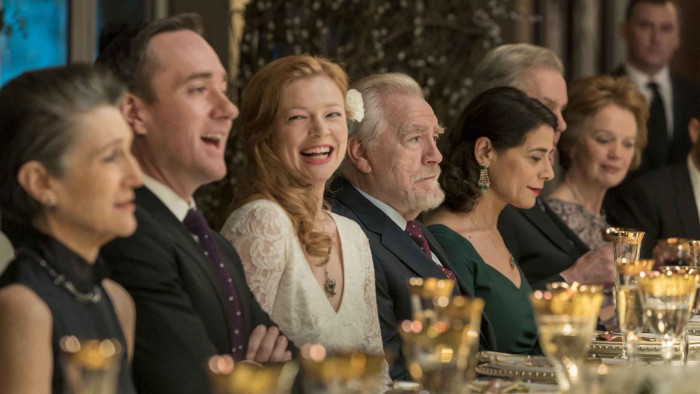 The critically acclaimed series centers on the dysfunctional Roy family,owners of Waystar RoyCo, a global media and hospitality empire.

When the family's patriarch, Logan Roy's (Brian Cox ) health takes a turn for the worse, his four children begin fighting for control of the company.

As tensions rise we see plenty of twists, shifting alliances and shady business dealings as the four back-stabbing siblings scheme to take over their father's empire. 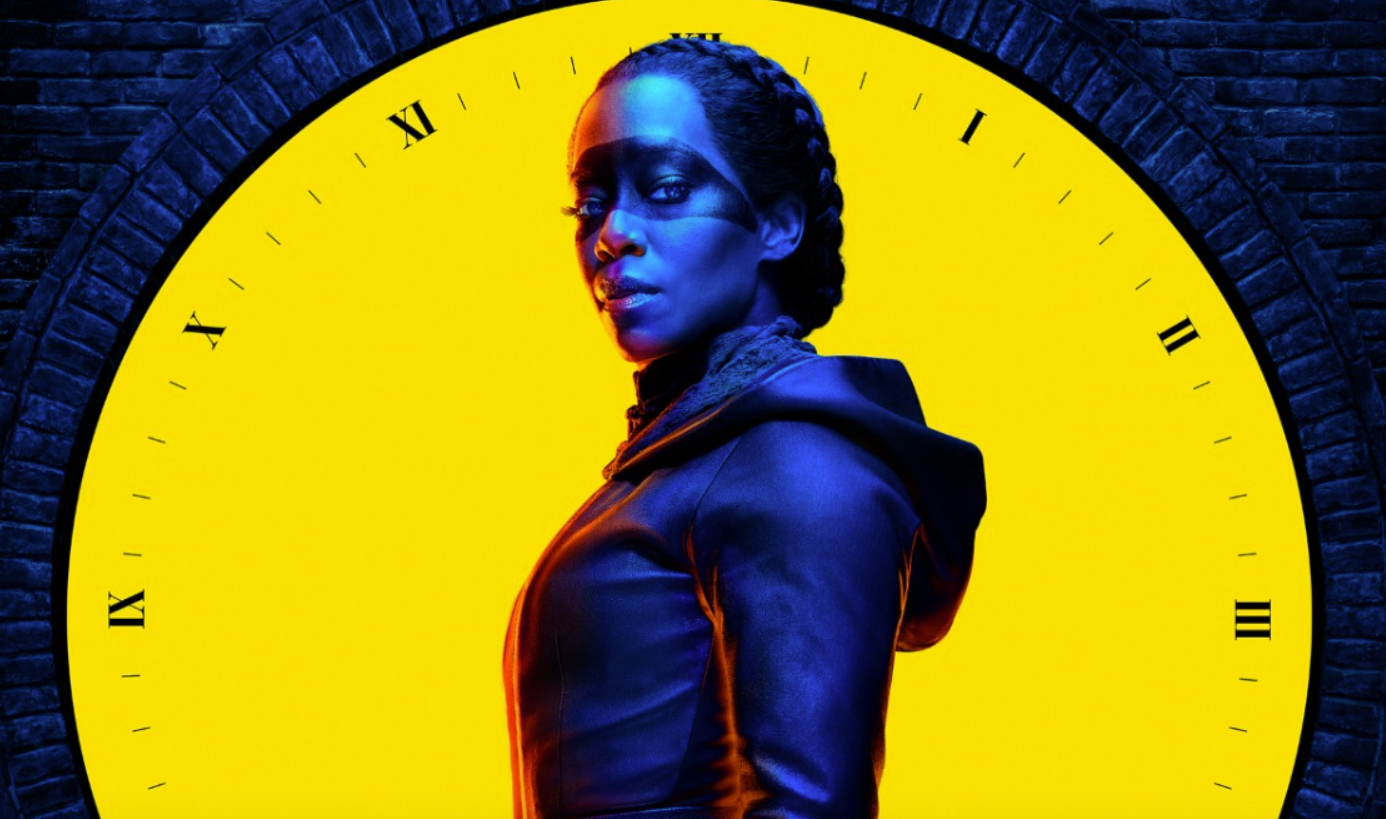 Angela Abar (Regina King) plays a detective known as Sister Night, who investigates the murder of her friend and the chief of the police, Judd Crawford (Johnson), after a white supremacist group called the Seventh Kavalry violently attacks the Tulsa Police Department and minorities.

Angela and her colleagues wear masks to protect their identities after the massacre known as 'White Night' as they work to discovers the secrets of the Seventh Kavalry. 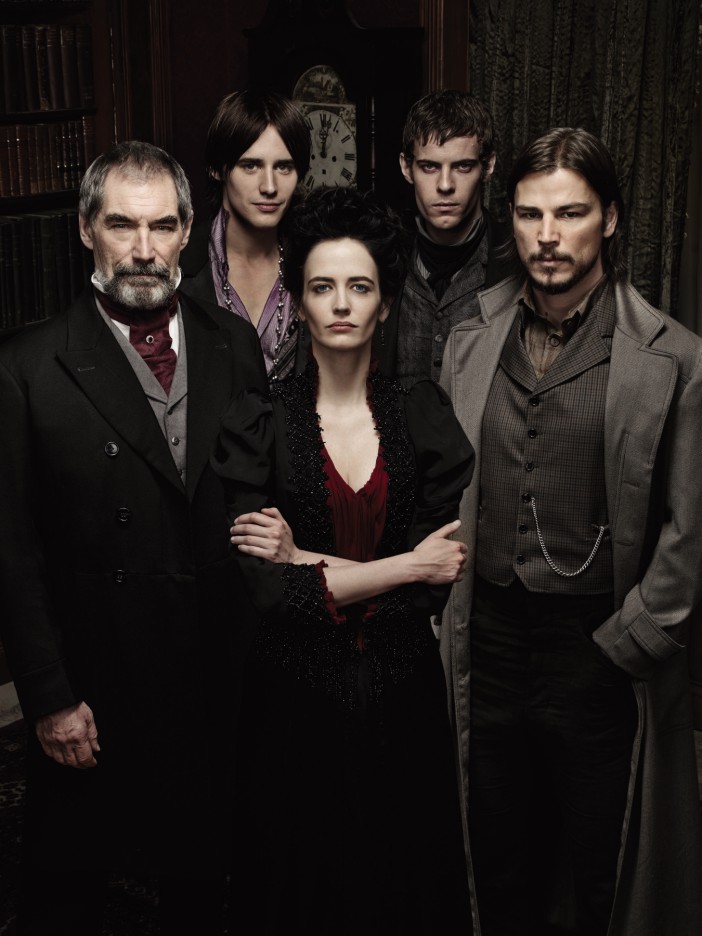 But it soon becomes apparent that personal demons may be even scarier and stronger than the vampires, monsters and evil spirits that lurk around every corner in London. 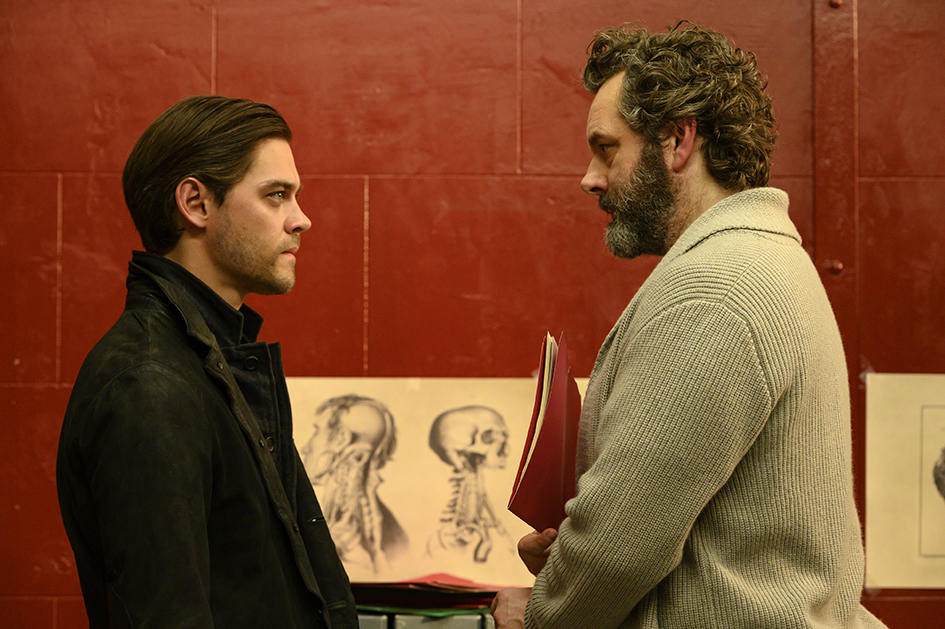 David Wilson, a professor in criminology specialising in serial killers and sorts the fact from the fiction. He reluctantly recruits his criminal dad for help.

The 20-episode series takes the serial killer thriller into new Freudian territory, as well as having fun with some of the familiar places we have come to associate with the genre since The Silence of the Lambs.

The thought-provoking hospital drama has gained much critical acclaim.

Highmore was nominated for a Golden Globe for Best Actor in the series.

The Leftovers is set three years after two per cent of the world’s population has vanished.

An unexplained phenomenon wiped many people off the earth suddenly, which some people think is divine and others reckon is supernatural.

Starring Justin Theroux, the series gives an eerie look into what would happen if we lost our loved ones suddenly and with no reason. 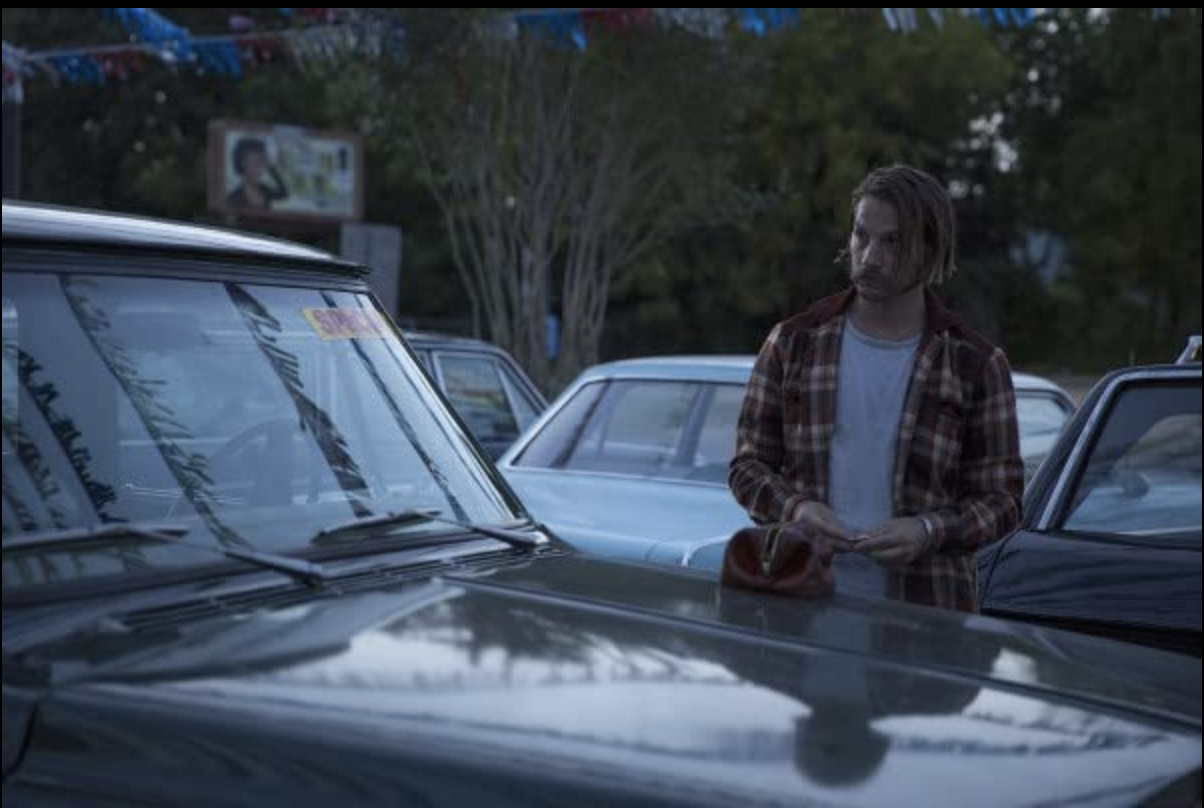 This neo-noir crime series is based on the novels of Max Allan Collins.

Quarry follows Mac Conway, a Marine heads back to Memphis after serving in the Vietnam War, but is shunned by his loved ones and demonised by the American public.

As he clearly suffers from PTSD after the war, Conway gets drawn into a network of killing and corruption along the Mississippi River. 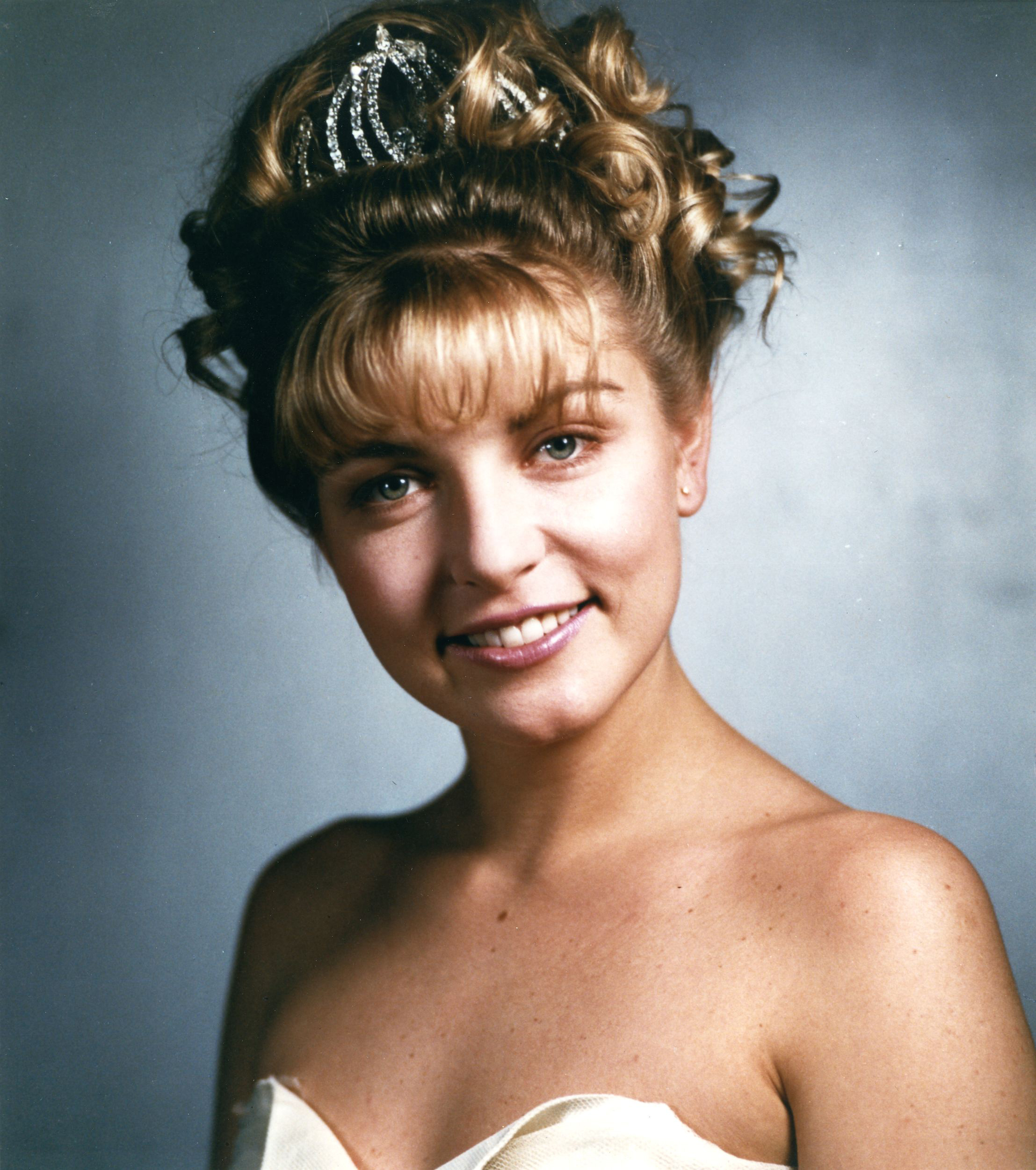 Twin Peaks is a drama series created by novelist and screenwriter Mark Frost and surrealist director David Lynch and first aired in 1991, and followed the murder investigation of homecoming queen Laura Palmer.

Set in the fictional town of Twin Peaks, Washington, it ran for two seasons and was followed by a feature film in 1992 called Twin Peaks: Fire Walk With Me.

It’s supernatural effects, as well as the surreal and quirky characters, not to mention its unsettling tone and scenery made it an instant cult classic.

All titles are available to stream on NOW.