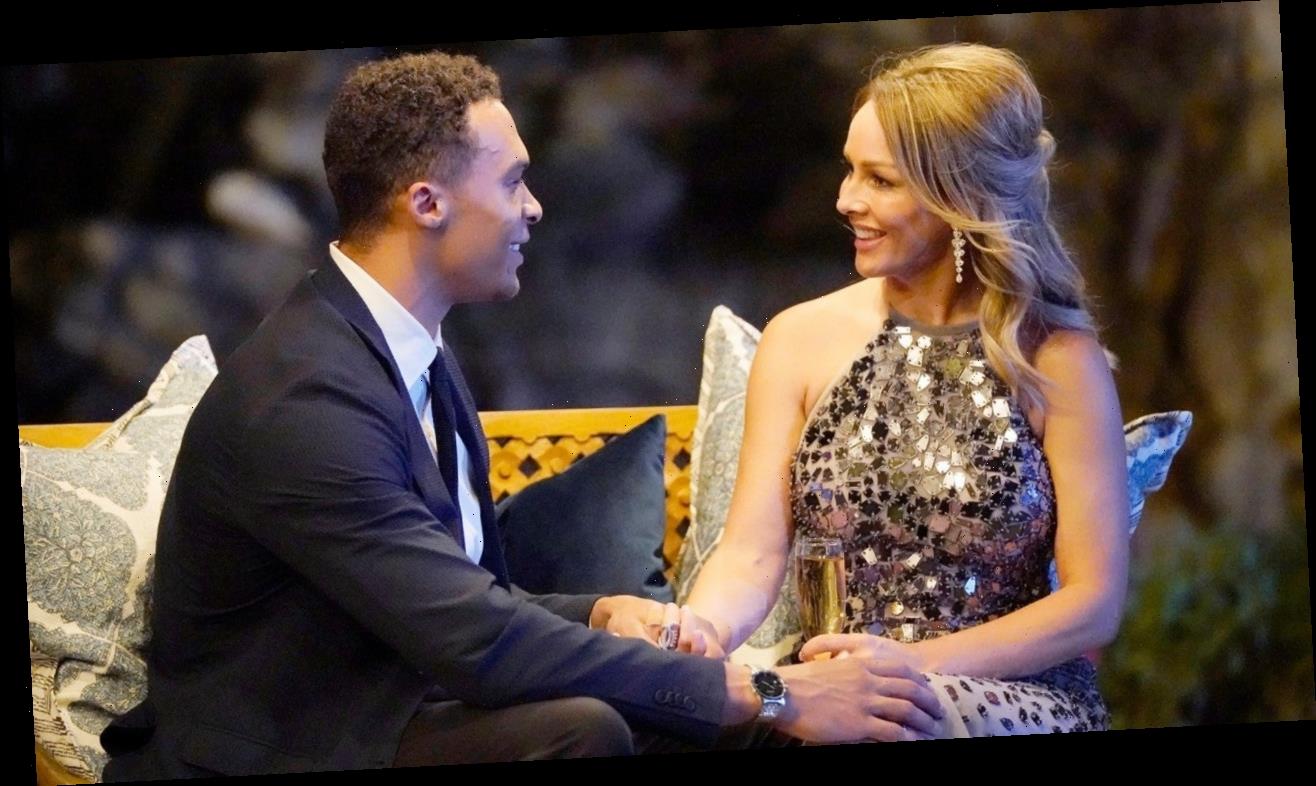 On the season 16 premiere of The Bachelorette, Clare Crawley welcomed 31 new suitors — but had an immediate connection with one in particular.

The 39-year-old hairstylist was instantly smitten with Dale Moss, a 32-year-old former NFL player, stunning host Chris Harrison with her remarks after Dale’s limo entrance: “I definitely feel like I just met my husband.”

“That feeling that I’ve never felt before… just standing in front of a man, connecting on that level, and it being electric between each other – I’ve never felt that instantly like that before,” Clare shared with ET ahead of the Bachelorette premiere, recalling her first encounter with Dale on the show.

“I had never felt it before, and I never even knew what to expect with those feelings. When you have not experienced it or felt it, you don’t know if it exists, but when you feel it, you know exactly what that feeling is.”

The pair’s instant connection was obvious to everyone — including the rest of her suitors — as Clare and Dale took every available opportunity to be together. “I like him,” she admits to camera at one point, unapologetically. “That’s what this is all about.”

While we don’t yet know how things play out for Clare and Dale, we do know for certain that the pair have spent quite a lot of on-screen time together. Read on for an episode-by-episode breakdown of their intimate interactions.