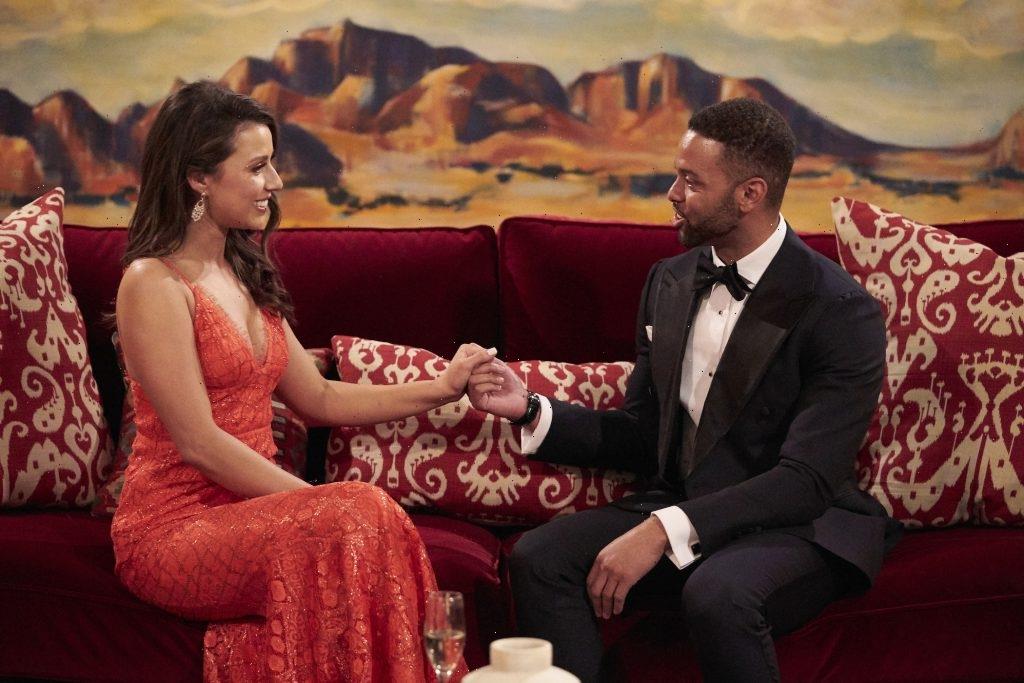 The new bachelorette Katie Thurston is sharing some juicy details about her time on the show. The Bachelorette is about to be back for a brand new season after 2020’s two-lead show shake-up. Katie revealed that she kissed “a lot of guys” early on in her journey — find out what she said about her experience on The Bachelorette.

When does ABC’s ‘The Bachelorette’ air its new season?

Katie’s journey to find love will air on ABC on Monday, June 7, at 8 p.m. EST. Her season of The Bachelorette comes after her time on Matt James’ season of The Bachelor. Many viewers took a liking to Katie for her unabashed honesty, standing up for what she believes in, and sex-positive approach to dating.

Her one-on-one date with Matt showed off her goofy side, while they pranked his best friend Tyler Cameron. Even though she and Matt shared some good times together, he sent her home during that date because he didn’t see her being his final pick. Matt ended up choosing Rachael Kirkconnell, a drama-filled contestant due to her past social media photos that showed her dressed up in Old South attire at a plantation in 2018.

Guest host on The Bachelor: After the Final Rose Emmanuel Acho announced that both Katie and other fan-favorite contestant Michelle Young would become bachelorettes. He shared that they would lead their own seasons, sandwiched between Bachelor in Paradise during the summer.

Katie spilled on her thoughts regarding show promos that have aired for Bachelor Nation thus far. They promos showed the notorious sex-positive contestant kissing the men on her season.

“Seeing the promos, I am making out with a lot of guys,” Katie told People. “You never really see yourself kissing anyone. So it’s like, ‘Oh boy.’”

She asked people to give her the benefit of the doubt in regards to how many people she kisses, though.

“Time is short,” the lead continued. “You can’t be okay with me possibly getting engaged in two months but not kissing on the first date. I’ve got to use my time wisely!”

Katie’s season will be a first for Bachelor Nation in that it will be the first season of The Bachelorette not led by Chris Harrison. The former executive producer and host of the show announced that he was “stepping aside” from the franchise following his controversial Extra interview with Rachel Lindsay. He defended Rachael in the interview.

It’s yet to be revealed if the two will continue to have hosting duties for Bachelor in Paradise or Michelle’s season of The Bachelorette. But for now, we can’t wait to see what they’ll bring to Katie’s season.