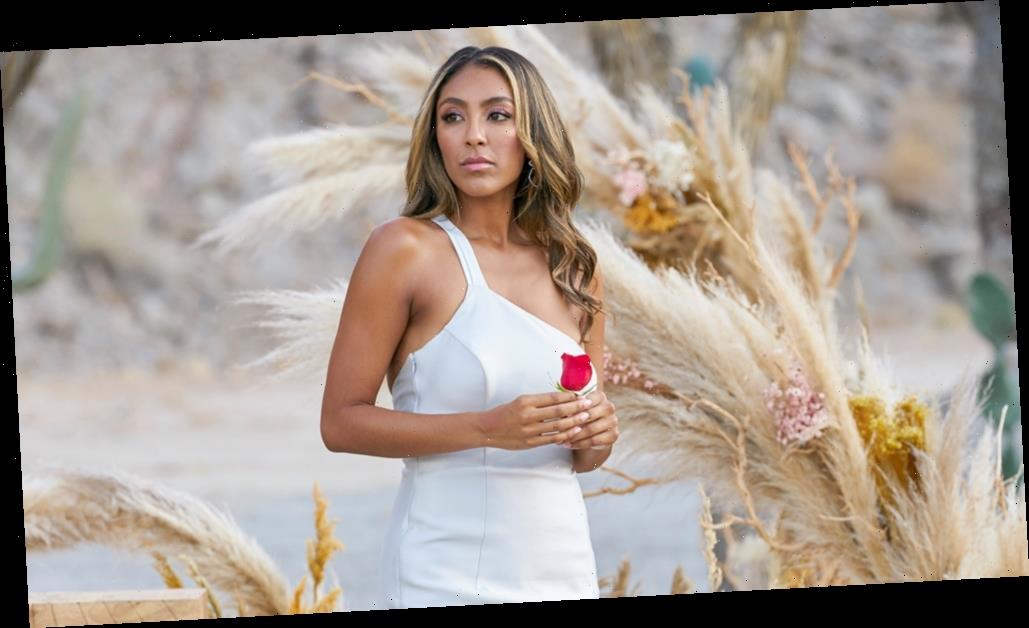 The 16th season of ABC’s The Bachelorette ended Tuesday with Tayshia finding love… or something close to it. The second part of the reality dating competition’s finale delivered a 1.2 in the adults 18-49 demographic and 5.24 million viewers, matching Monday’s part one and topping the night in the demo.

ABC won the night in both viewers and the demo with its big two-hour finale, which was followed by a special episode of Supermarket Sweep (0.5, 2.23M) which matched season lows.

It was game show night at CBS with a special primetime edition of The Price Is Right (0.7, 5.19M), which nearly matched The Bachelorette‘s audience. Fellow special Let’s Make a Deal (0.6, 4.23M) followed.

Fox aired the two-hour series finale of NeXt, which averaged a 0.2 in the demo matching Monday night’s penultimate episode. The first hour netted 1.08 million viewers, dropping in the second hour to 965,000 viewers. 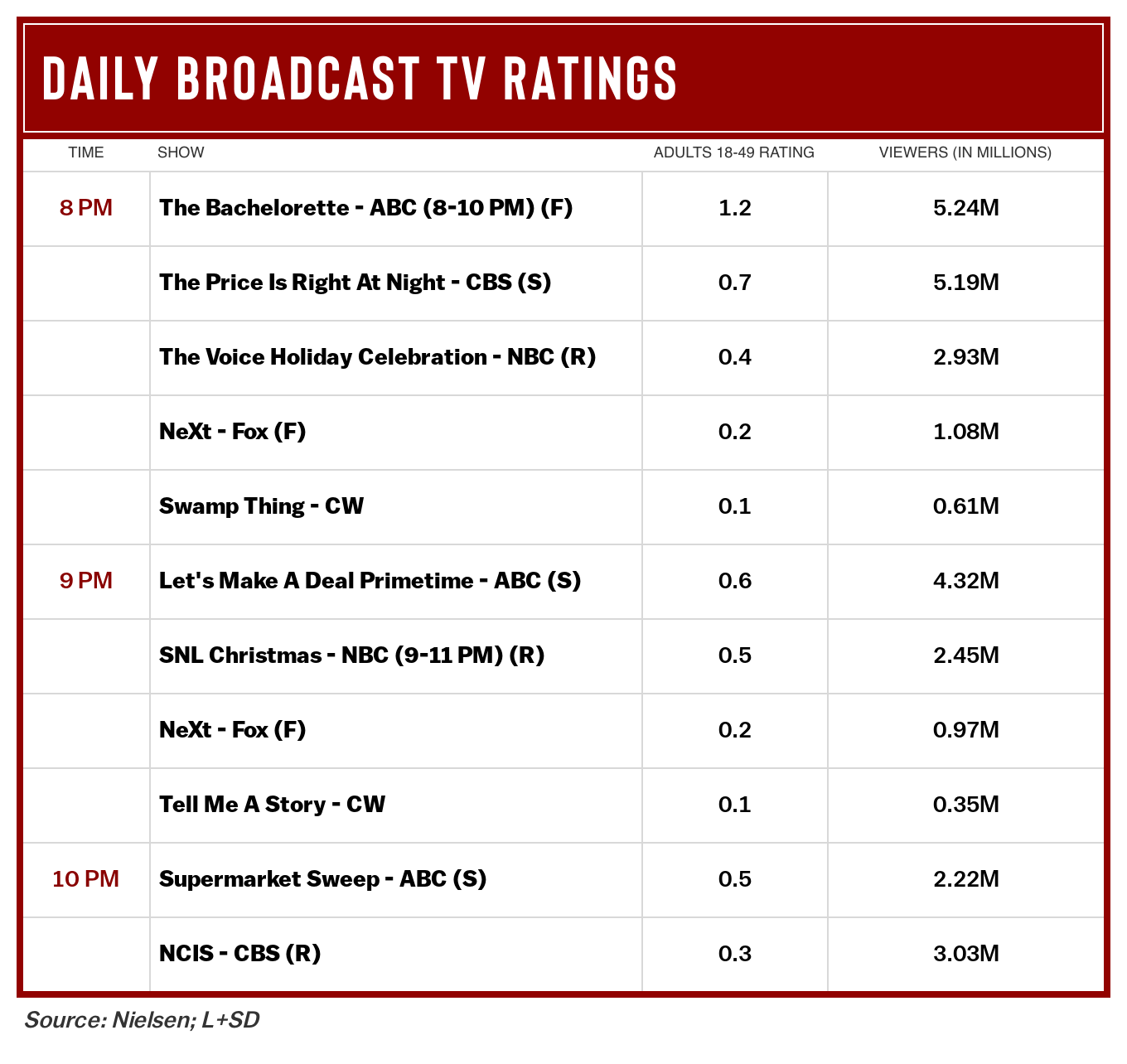