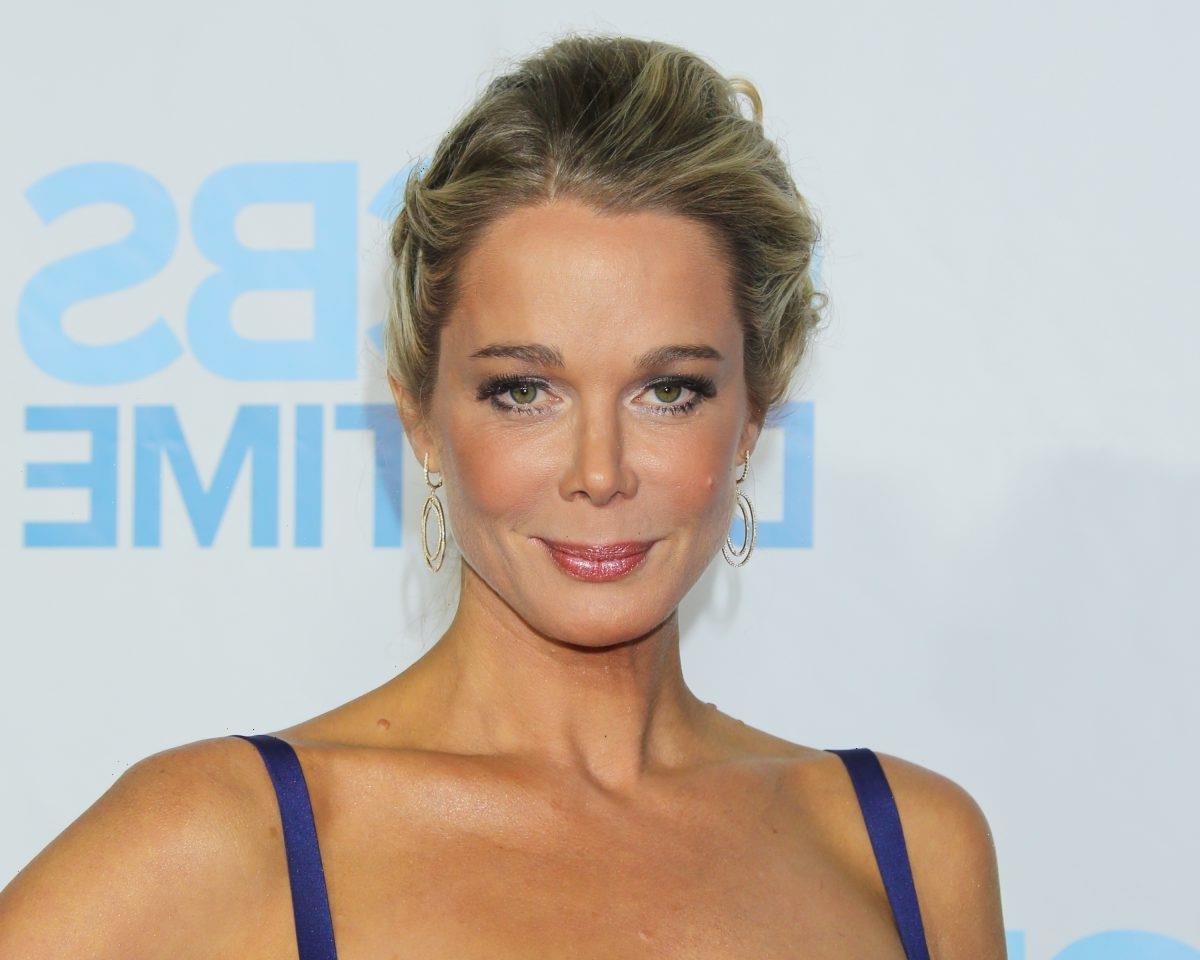 Donna Logan (Jennifer Gareis) once again is left heartbroken on The Bold and the Beautiful. Recently, Donna was given a double whammy when she lost her job and a reunion with Eric Forrester (John McCook). Although Donna’s hurt, fans feel it’s time to forget Eric and move on.

It’s well-known that Donna is still in love with Eric. Recently, Donna confessed her feelings to her Honey Bear. The exes tender moment touched Eric in more ways than he could imagine. Donna seemed to be the cure for Eric’s erectile dysfunction, and she hoped this would lead to a reunion.

However, her hopes were dashed when Eric fired Donna upon Quinn Fuller’s (Rena Sofer) request. Eric’s actions have The Bold and the Beautiful fans upset, and they want Donna to move on from her ex. Viewers have already picked out the right man for Donna on a Twitter thread, someone she knows very well.

“She needs to let the past go with honey bear and move on with Justin. She will be a positive influence in his life,” wrote one fan. Other viewers were also showed their support for a reunion, with one commenter writing, “I could get behind this pairing again.”

When Justin Barber (Aaron D. Spears) debuted on The Bold and the Beautiful, he was introduced as Bill Spencer’s (Don Diamon) friend and lawyer. However, it’s soon revealed Justin has a connection to the Logan family. As it turns out, Justin and Donna were high-school sweethearts, and he’s the father of her son Marcus Forrester (Texas Battle), whom she gave up for adoption.

Although Donna tried to keep Marcus’ paternity a secret, she eventually tells Justin the truth and introduces him to his son. After Donna’s divorce from Eric, she and Justin rekindled their relationship. In February 2011, they married, but six months later, they divorced.

Is a Donna Logan and Justin Barber reunion possible?

Donna is still pining after Eric, but he’s committed to honoring his vows with Quinn. Meanwhile, Justin’s single and hasn’t dated anyone since his marriage to Donna. This would be a perfect opportunity for The Bold and the Beautiful to explore a reunion.

Donna and Justin have a lot of history, and they share a son and granddaughter. A meeting between the two could reignite old feelings and make them realize they gave up on their marriage too soon. Quinn will be happy with the news of Donna and Justin reuniting. However, it could spark jealousy in Eric, who’ll realize he made a mistake in choosing Quinn over Donna.