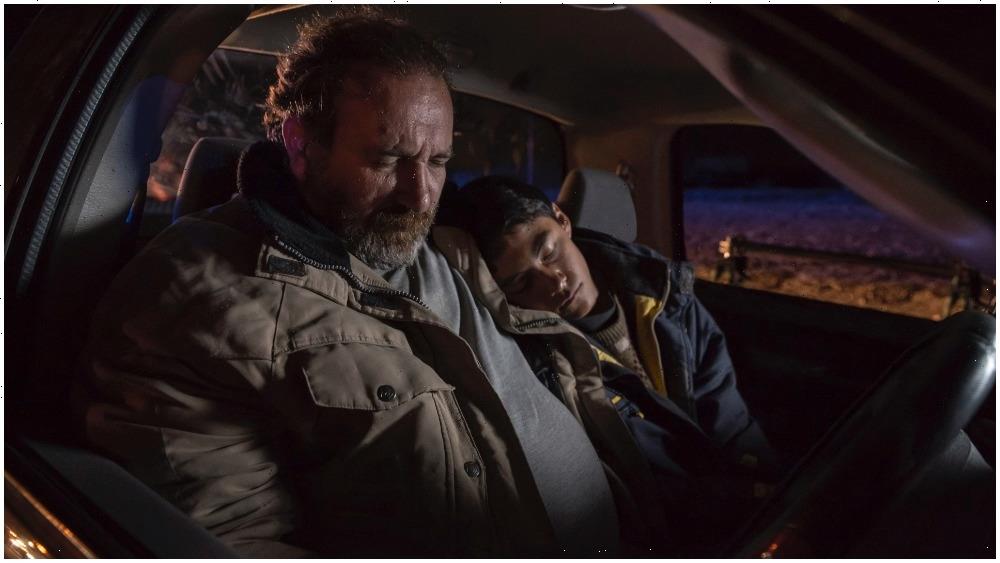 Back in 2015, in what already feels like a slightly different era of the Venice Film Festival — currently on a roll of crowning big-name Oscar players — Venezuelan filmmaker Lorenzo Vigas won the Golden Lion for his debut feature “From Afar.” A small, subtle queer relationship study, riddled with ambiguity, it never made quite the impression it deserved to on the post-festival art-house circuit. (Its total U.S. box office was in the low five figures.) That was our loss more than his, and for his superb second narrative feature, Vigas shows no inclination to compromise: “The Box” may see him relocating to Mexico, but it’s otherwise wholly of a piece with his debut in its terse, cut-to-the-quick refinement, its loaded, exquisitely composed images, and its fixation on shifting, complex man-versus-boy dynamics.

Though it’s ultimately no easier a sell than “From Afar,” there’s more of a heated genre thrust to this story of a teenage boy obsessively working his way into the life of a stranger he believes to be his father. (Following Vigas’ little-screened 2016 documentary “The Orchid Seller,” in which he traced his artist father’s creative legacy and inspirations, “The Box” completes a rough trilogy on a paternal theme.) Vigas sustains prickly is-he-or-isn’t-he tension for the bulk of his film’s sharply shorn 92-minute running time, which also packs in a wider, socially conscious consideration of abusive labor practices across Mexico: This is only notionally a small film, with much weighing on its mind. One can only hope distributors give it a chance.

Much of the film rests on the young, slender shoulders of non-professional newcomer Hatzin Navarrete, whose stern, attentive face is present in just about every scene — except when it’s the back of his head the camera is following, in the fashion of the Dardenne brothers, through the harsh North Mexican landscape. Hatzin (for whom the character is also named) is introduced on board a train from his home in Mexico City, kicking the wall of the bathroom cubicle with aggressive, metronomic intensity. (Waldir Xavier’s stark, crisp sound design makes a grab for our attention here and rarely lets go as the film proceeds.)

The boy is thus riveting in his silent, coiled anger even before we learn the source of it: He’s on his way to a remote mining town in the Mexican desert, where he’s been told his migrant-laborer father Esteban died in a mass tragedy on the job. The bodies have been exhumed; after handing the requisite paperwork to a clerk, Hatzin is unceremoniously presented with Esteban’s supposed remains in a utilitarian steel box. The unidentified wails of other mourners soundtrack the handover, but Hatzin remains impassive even as he calls his grandmother to say all is well: One senses he lost his father a long time before any death was reported.

Or perhaps not. On the journey home, as the bus passes through another scrubby town not far from the site of the tragedy, Hatizin spots a face on the sidewalk, and is instantly, fiercely convinced that it’s his father. The resemblance to Esteban’s smudgy ID photo is there, but once Hatzin gets off the bus and chases his down, the dead man walking (veteran Mexican thesp Hernán Mendoza) introduces himself as Mario, and gently insists the boy is mistaken. And surely he is: Grief can play cruel tricks on the mind, after all.

But Hatzin is adamant, persistently returning to Mario and getting more impatiently rebuffed each time — until the older man is worn down, making a bed for the boy in the home he shares with his pregnant wife (Cristina Zulueta). Has Hatzin found his father or merely appointed another one through sheer force of will? Vigas and Paula Markovitch’s lean, taciturn script keeps us guessing, though at a certain point, the truth seems to matter less than the perils of this adoptive relationship. Mario, it turns out, is a corrupt, exploitative supplier of casual workers to local factories, and the further the smart, eager Hatzin becomes involved in what he sees as the family business, the more irreversibly he is drawn into outright criminal activity.

This potentially far-fetched pivot into high-stakes, blood-laced thriller territory is kept grounded and plausible by the mutually watchful, reflective connection between the two leads, as the relationship between Hatzin and Mario bristles and evolves and gradually finds common ground. If Navarette’s performance keeps Hatzin’s feelings stoically under wraps, Mendoza’s is hard to read in a different way, as Mario shuffles through moods and identities with serpentine skill.

Shooting once more with ace cinematographer Sergio Armstrong (the man who has defined Pablo Larraín’s aesthetic across his non-English-language films) in luminous, paintbrushed 35mm, Vigas resists embellishing this already tough story with contrived surface grit. Instead, the film’s images emphasize the vast, desolate serenity of the landscape — in seasonal variations from sun-grilled to snow-showered — and the height of the sky, often shown in dusky transition from green to orange to pink. Far from home, Hatzin is often dwarfed by, and stranded in, these vistas, emphasizing his aloneness in an environment that might be where his father died, and might yet be the death of him.