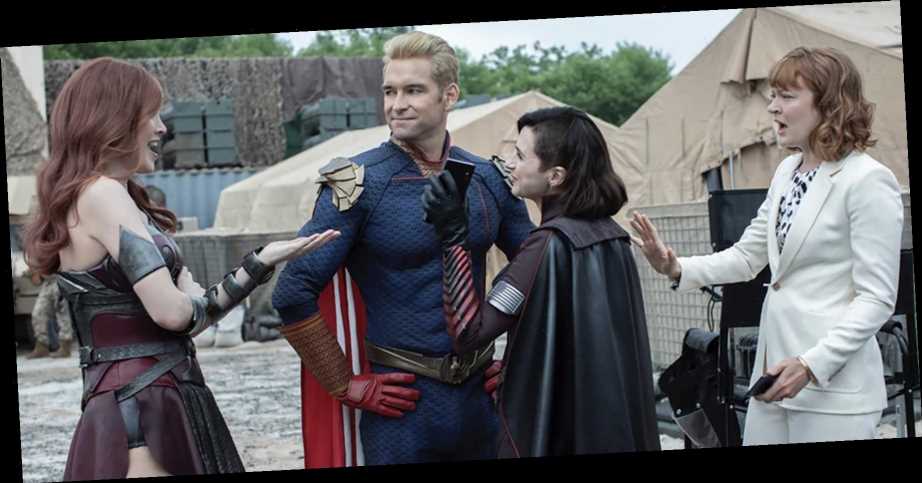 The Boys has never shied away from bloodspatter and gore, but how will it deal with the raunchiest storyline to come out of Gareth Ennis and Darick Robertson’s comics series? By diving into it head-on, with a whole episode titled after the infamous (and pretty self-explanatory) storyline, “Herogasm.”

The Boys showrunner Eric Kripke offered a peek at the script cover for episode 6 of The Boys season 3, titled “Herogasm,” which was written by Jessica Chou.

“From day one, everyone dared me to make this episode,” Kripke wrote on Twitter. “CHALLENGE MET MOTHERFUCKERS.”

The Boys was  created by Evan Goldberg and Seth Rogen and Kripke. Season 1 and season 2 are available for streaming on Amazon Prime Video. No premiere date has yet been set for The Boys season 3.

Superheroes are often as popular as celebrities, as influential as politicians, and sometimes even as revered as gods. But that’s when they’re using their powers for good. What happens when the heroes go rogue and start abusing their powers? When it’s the powerless against the super powerful, the Boys head out on a heroic quest to expose the truth about the Seven and Vought, the multibillion-dollar conglomerate that manages the superheroes and covers up their dirty secrets. Based on the comic book series of the same name.