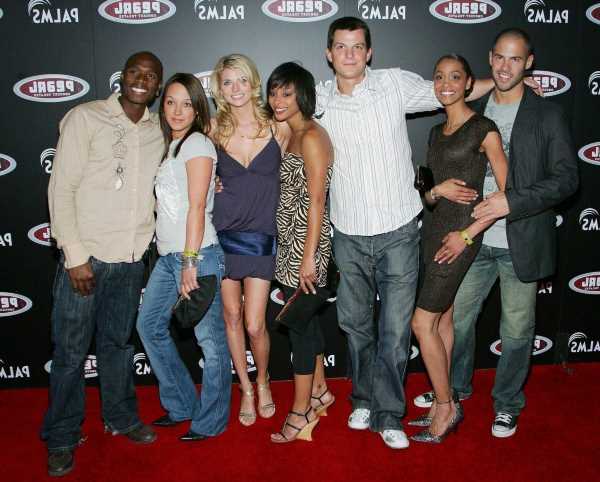 During The Challenge: All-Stars reunion, the others spoke about the season, including Arissa Hill’s memorable exit. They also talked about living with her, noting they believed she was a “witch.” Arissa, who didn’t attend the reunion, responded to their remarks in multiple tweets.

The Challenge: Battle of the Sexes 2 finalist Arissa Hill returned for spinoff All-Stars over 15 years later. During the fourth episode, the players teamed up for a daily mission to determine who would win the lifesaver or face off in elimination.

Beth Stolarczyk served as the losing team’s captain and found herself in the Arena initially against Katie Cooley, who volunteered because her fear of the water prevented her from completing the challenge.

However, Mark Long, winner of the Life Saver, protected his longtime friend from facing off in elimination. Even though he promised Arissa he wouldn’t throw her into the Arena; the group unknowingly had to choose Katie’s replacement on the spot.

Because Beth noted she wanted to face Arissa, the majority voted her in, blindsiding the Battle of the Sexes 2 finalist. Therefore, Arissa quit the competition, giving Beth the win.

The other players talked about her during the reunion, thought she was a ‘witch’

After the episode aired, the two-time competitor addressed her decision to quit in a Twitter thread. She explained she had a severe gluten allergy and experienced painful rashes due to “cross-contamination” in the house.

Additionally, Arissa claimed others ate her diet-specific food without asking and felt betrayed by one of her only allies, Alton Williams. As a result, the Battle of the Sexes 2 finalist thought it didn’t make sense to return to the house.

During the reunion, the other competitors addressed her decision to leave. Darrell Taylor pointed out her food situation upset her, and Jonna claimed Arissa’s difficulty with living circumstances made her “scared” to go to her room.

They also noted the lights randomly went out after she quit and believed she had something to do with it. Jonna agreed, calling Arissa a “witch,” and said her roommate had witch books, tarot cards, and a wand. Darrell chimed in and claimed he wouldn’t let the two-time player read his cards as she supposedly wanted.

Arissa responded to their comments in multiple tweets

After the reunion aired, Arissa responded to their remarks with several tweets. She first addressed Darrell’s “fable” and insisted he asked her for a “reading” because he hadn’t received one before.

Arissa also claimed Jonna wanted a reading from her as well but didn’t state if she gave them one or not. She then denied owning a witch book, writing, “I don’t need a book. I am the book; my magic resides in me.”

The Battle of the Sexes 2 finalist claimed it belonged to Kendal Sheppard but said she began reading it because there weren’t any other books in the house.

According to Arissa, her castmates’ comments didn’t bother her, even though “there was just some weird shady a*s undertone to it.” She also wondered why they “exchanged energy” with her if they felt uneasy around her. The Challenge: All-Stars airs on Paramount+.