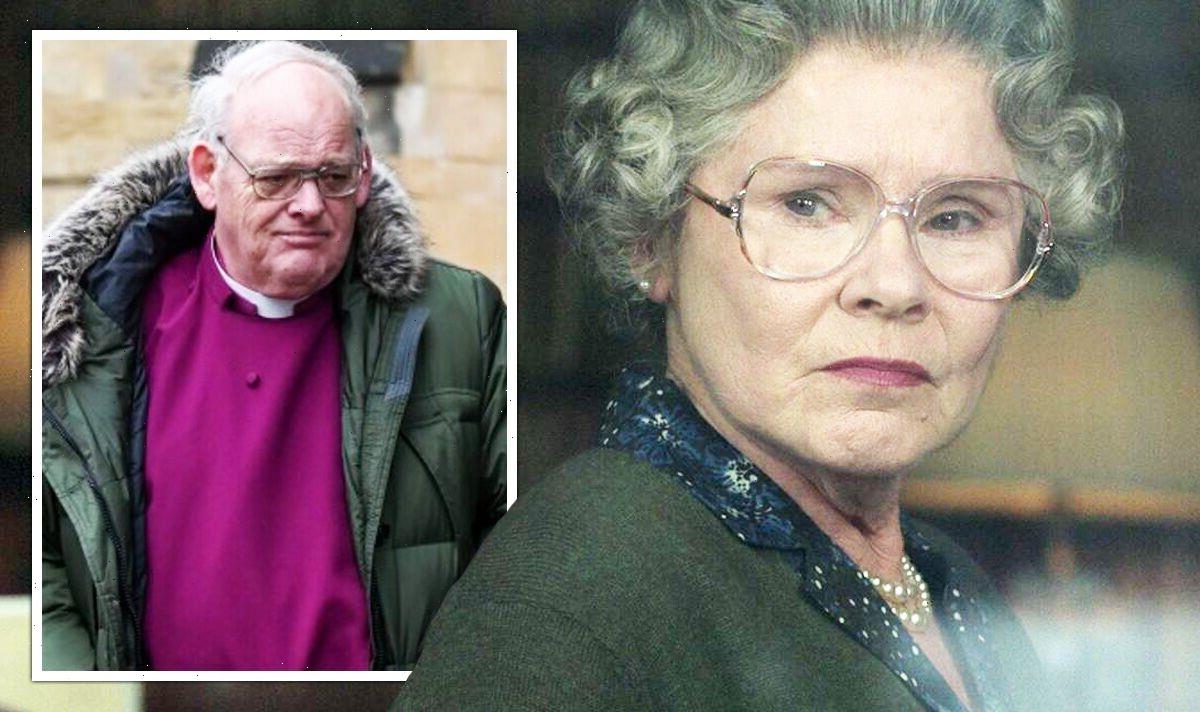 Prince Philip was ‘hurt’ by The Crown says Lady Glenconner

Imelda Staunton, Dominic West and Jonathan Pryce are all set to return as the royals in the upcoming season of The Crown, the sixth and final instalment of one of Netflix’s biggest dramas. After pausing production out of respect for the death of Queen Elizabeth II, the cast has been spotted filming a tragic moment in the family’s history.

Lead actress Staunton was amongst the cast and extras spotted at Winchester Cathedral this week in snaps acquired exclusively by the Express.

Filming for season six got started again this year as creator Peter Morgan gets ready to wrap up his controversial royal drama.

The final outing will encompass the late 1990s to the mid-2000s and dramatise several key events for the monarchy.

Among them is the funeral for Queen Elizabeth The Queen Mother, who died in 2002 at the age of 101.

Several members of The Crown’s cast have recently been spotted wearing mourning wear in Winchester, presumably filming the sad event.

Many of them looked stoic and respectful as they entered the cathedral, which will take the place of Westminster Abbey, to film the monumental ceremony.

The celebrated English actress donned a black raincoat and feathered hat suitable for a funeral.

Another actor was seen dressed in purple as a bishop who may be performing the ceremony in the series.

While another actress wrapped up warm in a blue shawl and carried a water bottle to battle the January cold.

The funeral actually took place in the warmer climes of April, just seven weeks after the death of the Queen Mother’s younger daughter, Princess Margaret.

The new snaps were hot on the coattails of a behind-the-scenes look at series regular West, filming the funeral as Prince Charles.

He wore an accurate replica of the current King’s mourning suit as he got ready to film the emotional sequence.

Younger actors were also spotted who are speculated to be portraying younger versions of Prince William and Prince Harry.

More photos from the set also revealed a replica of the Queen Mother’s coffin draped by the Royal Standard flag.

Season six is expected to begin with the tragic death of Diana, Princess of Wales (played by Elizabeth Debecki).

Interior scenes won’t be revealed until the release of The Crown’s final season, which is expected to emerge by late 2023 or early 2024.

The Crown seasons 1-5 are available to stream on Netflix.

Stream These Steamy Movies to Inspire & Boost Your Sex Life

Stream These Steamy Movies to Inspire & Boost Your Sex Life