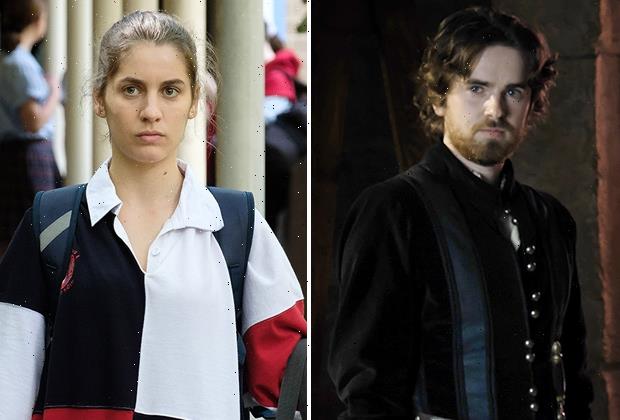 The CW is adding a pair of very different series to its roster: Leonardo, an Italian period drama about the secrets of Leonardo da Vinci, and Bump, an Australian comedy about teen pregnancy.

An eight-part series, Leonardo “follows da Vinci as he grows into an unparalleled genius [and] renowned polymath whose work overturned the established order,” according to the official logline. “His restless curiosity flitted between arts, science and technology, driven by a profound quest for knowledge and determined to unfold the mysteries of the world around him. The series unlocks the enigma of this extraordinary man, through an untold story of mystery and passion.”

The one-hour drama stars Aidan Turner (Poldark) in the title role, along with Freddie Highmore (The Good Doctor) as Stefano Giraldi and Matilda de Angelis (The Undoing) as Caterina da Cremona, among others.

And then there’s Bump, a half-hour Australian dramedy about Oly (played by Nathalie Morris), a 17-year-old student with an ambitious 10-year plan: “top grades, international relations at a university, work for the UN, save the world.” But Oly’s plan starts to fall apart when she suddenly goes into labor, and she copes the only way she knows how. “If she doesn’t acknowledge the baby, then she doesn’t have to acknowledge how her life has irrevocably changed,” reads the official logline.

Complicating matters further, Oly’s boyfriend isn’t the baby’s father. That turns out to be Santi, who just so happens to be the son of Oly’s mother’s work crush. Oh, and did we mention that Oly and Santi’s parents work at their school? It’s messy! What unfolds is a complicated journey for Oly and Santi’s families, both of which were already falling apart at the seams before this new baby came into the picture.

Leonardo and Bump are the latest additions to The CW’s growing list of international acquisitions. Other series include the supernatural drama Coroner, the Patrick Dempsey thriller Devils; What We Do in the Shadows spinoff Wellington Paranormal, and the Tom Welling-Brendan Fraser action drama Professionals.

Premiere dates and other scheduling information will be announced at a later date. Do either of these international acquisitions tickle your fancy? Drop a comment with your thoughts on Leonardo and Bump below.