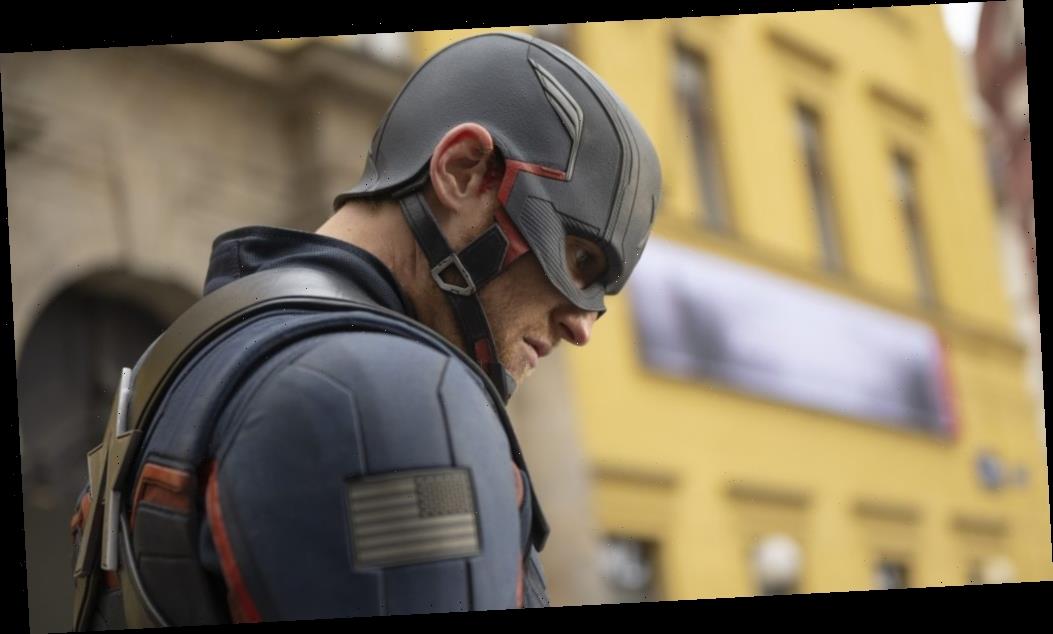 WARNING: The following recap contains spoilers from The Falcon and the Winter Soldier, Episode 4, “The Whole World Is Watching.”

Bitter, angry, jaded, doubtful — Wyatt Russell’s Captain America may just be the most intriguing MCU superhero yet. While episode 4 of Disney+/Marvel’s The Falcon and the Winter Solider didn’t provide any huge cliffhangers like Episode 3 with its arrival of Black Panther‘s Ayo, we sure got to know John Walker more. And, man, does he have a complex. 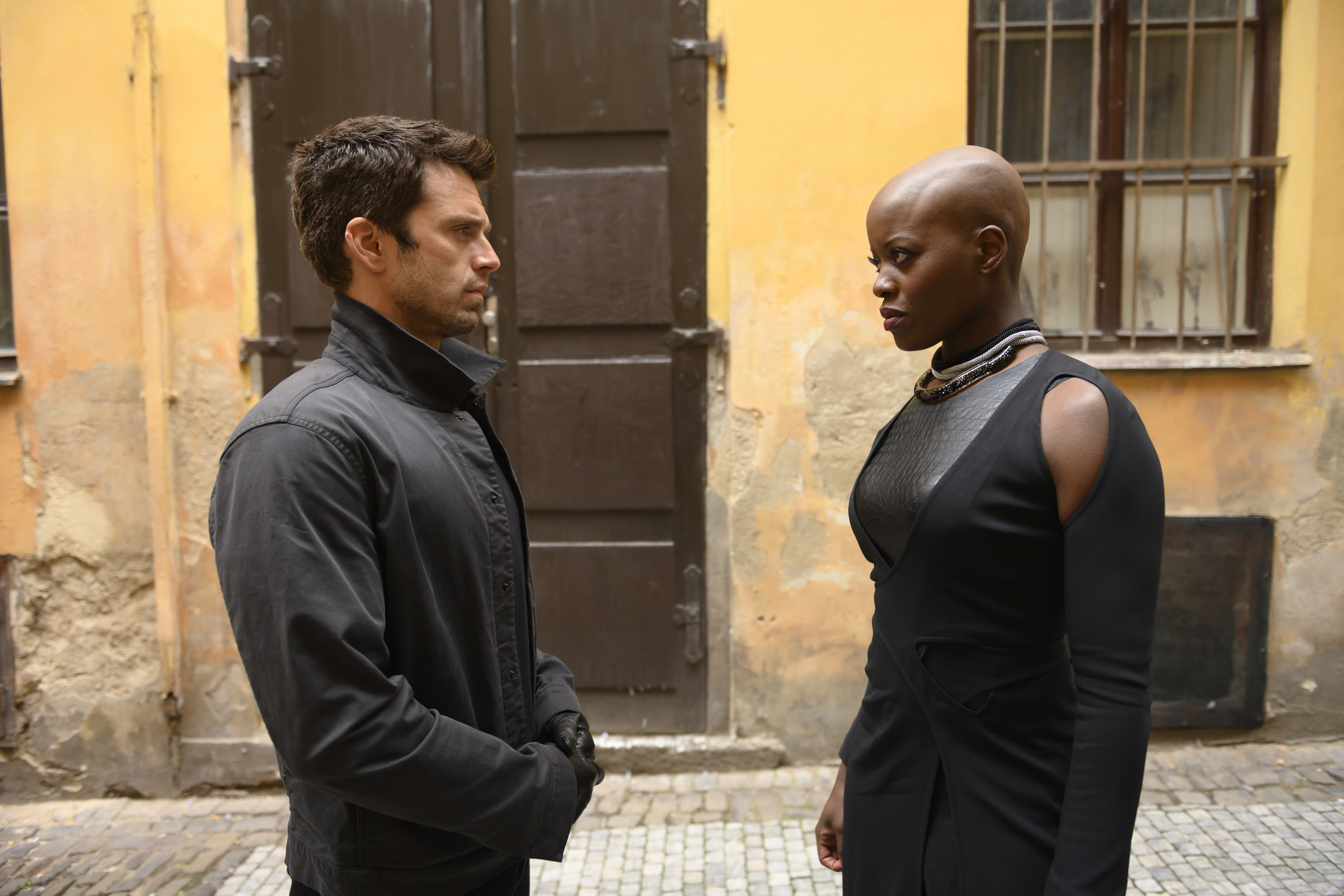 The action picks up soon after Ayo (Florence Kasumba) meets Bucky (Sebastian Stan) in the streets of Latvia. We see in a flashback sequence they’re former comrades: Ayo was key in de-programming him from his winter soldier functions (and as we see later on, Ayo can feasibly detach his iron arm in a fight). Ayo tells Bucky he has eight hours before she comes for Zemo.

Zemo (Daniel Bruhl), Bucky and Sam (Anthony Mackie) are planning to run into Flag Smasher leader Karli (Erin Kellyman) at the funeral for Donya Madani. Sam believes he can talk some sense into Karli. In a great little sequence, we see Zemo bribing kids in the village with Turkish Delight candies in order to learn the whereabouts of Donya’s funeral. It’s in this moment that he reveals he had a son, and that Turkish delights where the kid’s favorite candy. You would think a bad guy like Zemo would want to control the super serum, and even ingest it himself, but he’s completely against the stuff. After having a run-in with the Flag Smashers, he steps on a good chuck of the vials that they’re in possession of. As Zemo expressed in the last episode, he remains suspicious about superheroes and how societies puts them on a pedestal. For him, it’s the rise of Nazism all over again. 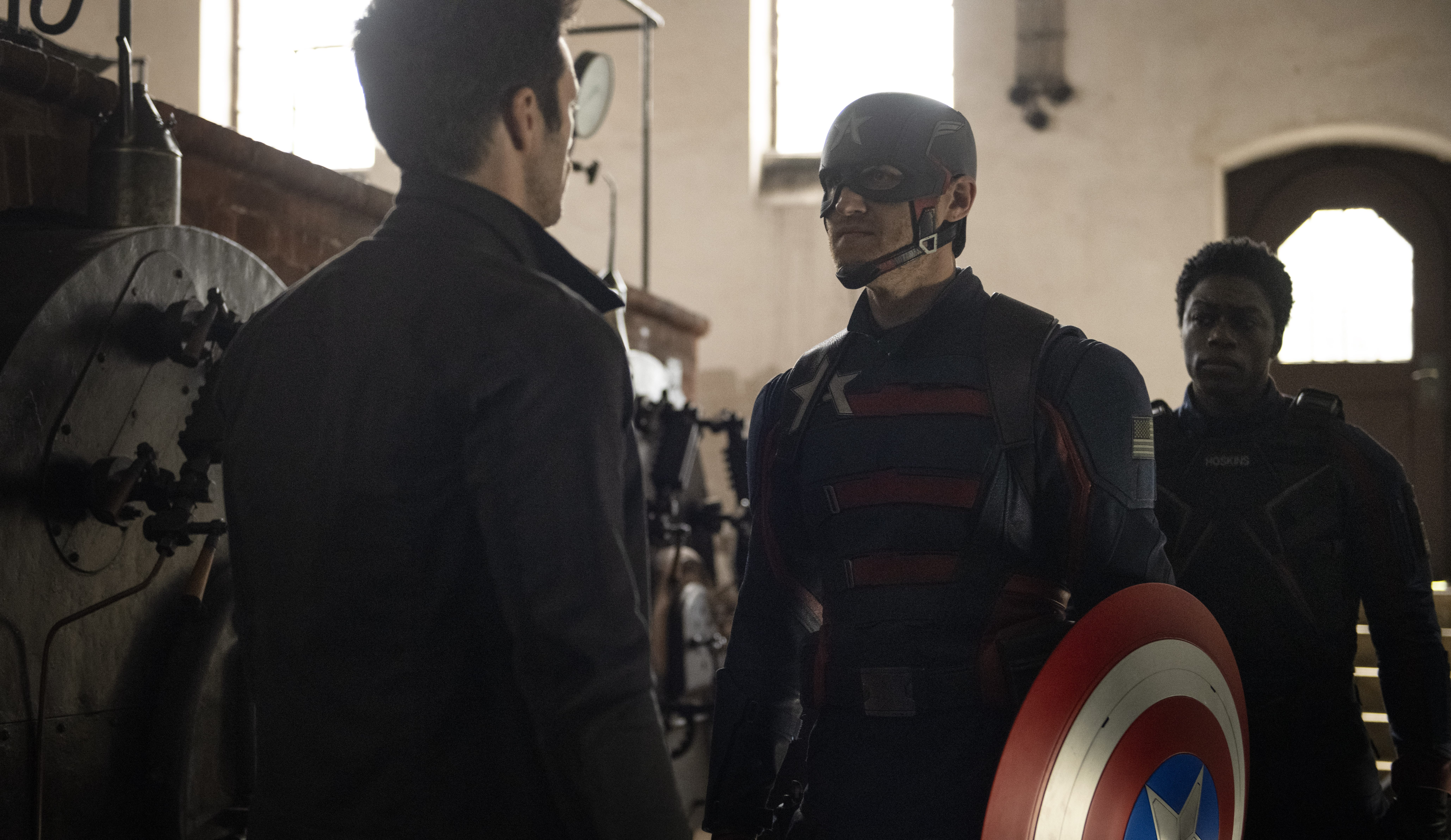 Later on, Russell’s Captain America/John Walker finds one super serum vial, and pockets it. While we don’t see him take the serum on-screen, it’s pretty obvious by the end of the episode that he’s ingested it; his fighting style completely advanced. I mean, he jumps several stories out of a window and lands like a cat on top of the car.

Sharon Carter has a cameo here, and like we said earlier, it doesn’t appear as though she’s the Power Broker. The enigmatic villain of Falcon and the Winter Soldier remains hidden in this episode. Sam tells Sharon that he could use a pair of good eyes on the camp; Sharon say she has access to a couple of satellites. Sharon also warns Sam, “If Karli disappears, we’re not gonna find that serum until it’s too late. The Power Broker went apeshit when he heard about Nagel. He wants the serum back. You killed the golden goose. Madripoor is about to get real nasty.” And from that, it really doesn’t sound like Sharon Carter is the Power Broker.

Before the funeral, Captain America and Battlestar arrive in Latvia, and do they complicate things. Sam tells him he wants to talk to Karli, and gets a moment with her after the funeral.

“People around the world need me,” Karli tells Sam about her revolution; she trying to make the world a better place.

Sam tells Karli that she’s seen as supremacist with her super serum, which just baffles her: “Everything I do is to end supremacy.”

“You’re killing innocent people,” Sam tries to persuade her, “I’m not your enemy, I agree with your fight…I can’t agree with the way you’re fighting it.”

Karli ultimately flees the fight with her colleagues. She gets a text from the Power Broker threatening her life. He wants the serum back. She doesn’t seem concerned and will “deal with him when the time comes.” She tries to plot how they can deal with Sam without getting into a direct fight. Her proposition: Separate the U.S. heroes and kill Captain America.

There’s a final fight sequence between the Flag Smashers, Captain America, Battlestar, Bucky and Sam. This climaxes with Karli killing Battlestar, but it’s not over yet. It’s during this battle where it becomes evident that Walker has taken the super serum. Completely broken over Battlestar’s death, Walker pursues Karli’s associate, meets him in the village square and beats him to death with the shield.

Walker is watched by many, who film him with their cell phones. Karli looks on aghast.