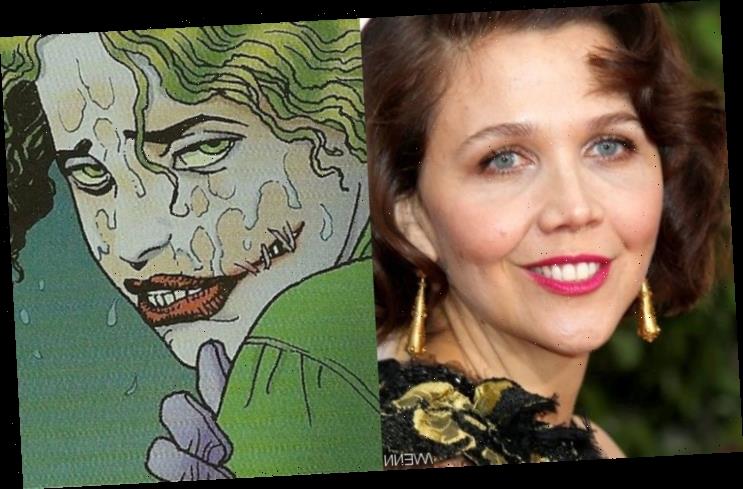 The upcoming Ezra Miller-starring movie to be directed by Andy Muschietti will reportedly include the ‘Flashpoint’ storyline that introduces a female version of Batman’s villain.

AceShowbiz – The long-awaited Flash movie may feature Joker, but with a twist. Words are the upcoming film starring Ezra Miller as the Scarlet Speedster will introduce a female version of Batman’s famous supervillain.

Fans of DC Comics may not be surprised with the twist. In the “Flashpoint” timeline, after young Bruce Wayne was killed by Joe Chill, his parents went down very different paths. While Thomas Wayne became the violent vigilante Batman, Martha Wayne lost her sanity and became the female Joker.

We Got This Covered, which first came up with the report of the female Joker’s potential appearance in The Flash movie, additionally claims that Maggie Gyllenhaal is being eyed to play the role of Martha. “The Deuce” alum is no stranger to DC Comics universe, having starred as Rachel Dawes in “The Dark Knight“. Gyllenhaal is seemingly not the only one circling the part, but other potential contenders for the role are currently unknown.

This, however, should be taken with a grain of salt since neither Warner Bros. nor director Andy Muschietti has confirmed floating rumors about the movie’s details. The “It” helmer, who was tapped to replace John Francis Daley and Jonathan Goldstein as the helmer last July, once teased about the film, “What captivated me about the Flash is the human drama in it. The human feelings and emotions that play in the drama [of it]. It’s going to be fun, too. I can’t promise that there will be any horror [elements in it], really, but it’s a beautiful human story.”

His partner and sister Barbara Muschietti reportedly joins the project as producer. WB has not announced a start date for the principal photography as Muschietti said at last year’s San Diego Comic-Con that he would take a little time off after “It Chapter Two” before working on his next project.