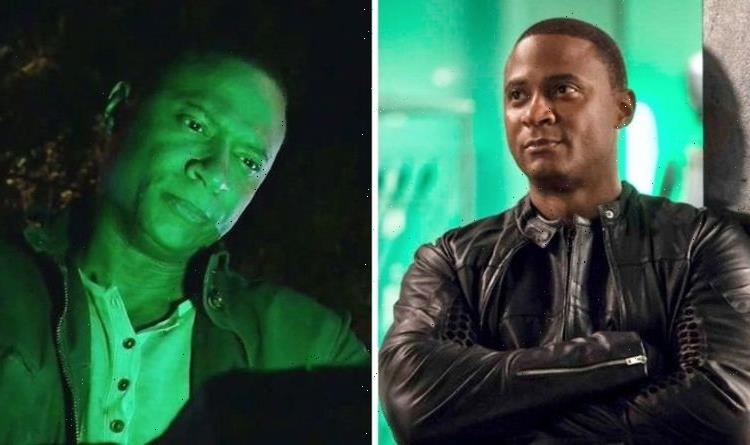 John Diggle (played by David Ramsey) was invited to join the Green Lantern Corps at the end of the Arrow series finale, ‘Fadeout’. His miraculous discovery has yet to be addressed in the CW’s sprawling DC Universe, but he could finally take up his new mantle in the upcoming episode of The Flash.

Barry Allen (Grant Gustin), Team Flash and John Diggle will team up to take down Godspeed (BD Wong) in next week’s instalment of The Flash.

With the last arc of season seven finally getting underway, The Flash is pulling out all the stops and bringing back David Ramsey for a surprise cameo in episode 16, ‘P.O.W.’

While the superhero team focuses on taking down another speedster, Diggle has something far more important weighing on his mind.

The new trailer featured a flashback to the former bodyguard of Green Arrow (Stephen Amell) picking up something glowing and green from a crashed meteorite at the end of Arrow’s series finale. 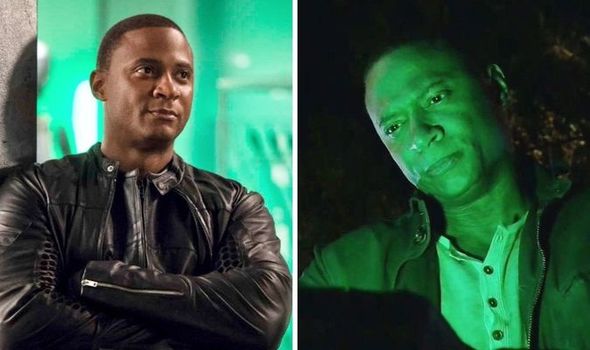 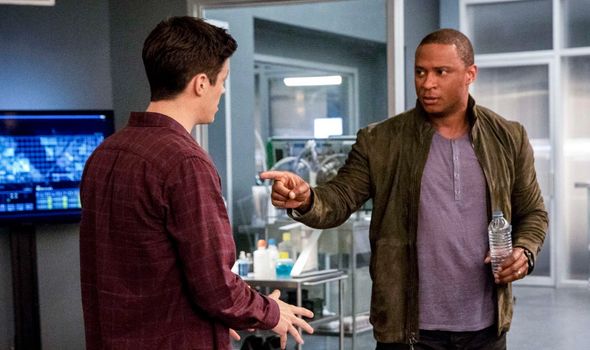 As the rest of Arrow’s team went their separate ways, for DC enthusiasts it was quite clear John Diggle would become the CW franchise’s first iteration of Green Lantern.

In the comics, Green Lantern is a moniker used by several heroes and members of the Justice League who use a powerful ring to protect Earth from otherworldly invaders.

After teasing Diggle’s destiny as a cosmic hero at the end of Arrow, which wrapped up its eighth and final season last year, fans think he could finally put on the ring in the next episode of The Flash.

The synopsis for ‘P.O.W.’ reads: “John Diggle arrives in Central City with a weapon to help Barry stop the Godspeed War.” 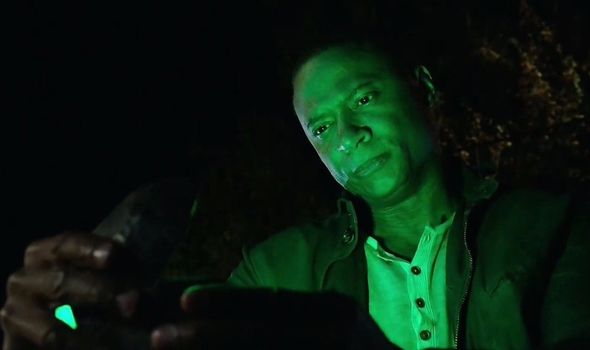 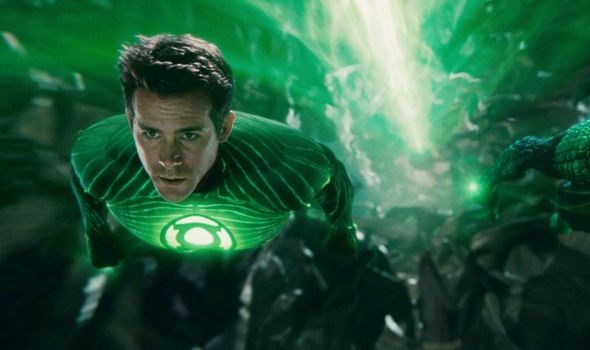 “Meanwhile, Allegra (Kayla Compton) and Ultraviolet’s (Alexa Baraja Plante) new bond is put to the ultimate test, while Joe (Jesse L. Martin) and Kristin Kramer (Carmen Moore) are hunted by a former colleague of hers.”

A reference to Diggle’s new weapon has tipped fans off to a potential Green Lantern appearance, well over a year after the ring was first teased.

Upon seeing the distinct green glow in the new trailer, viewers immediately flooded the comments to speculate what it could mean for the future of the ‘Arrowverse’.

And another demanded: “You show the Green Lantern reference in your promo….

“I swear if we don’t get any connection to that in this episode after such a teaser, I’M DONE!”

So far, reactions to the current season have been lacklustre, but it’s hoped a clash between Godspeed and, potentially, Green Lantern, could end the seventh instalment on a high.

The Flash showrunner Eric Wallace previously teased Diggle’s likely next steps when he spoke to TVLine about the new season.

He explained: “When we last saw Diggle, he had a situation at the end of Arrow that he needed to deal with, so he arrives to help Team Flash in the back half of the season carrying the weight of that ‘problem’.

“And the question is, how can he help Team Flash when he’s got something even bigger on his mind? And that’s what the story is.”

With just three episodes of season seven still to come, fans are keeping their fingers crossed for Diggle to don the Green Lantern costume at least once before the series begins another long hiatus.

The Flash season 7 continues Tuesdays on The CW.