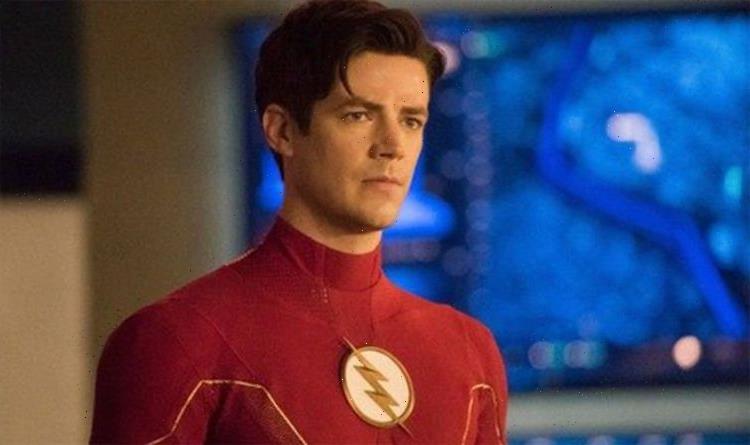 The superhero series The Flash follows speedster Barry Allen (played by Grant Gustin) as he tackles the baddies of Central City. After an epic battle in The Flash’s season seven two-part finale, Heart of the Matter, showrunner Eric has teased that Barry has yet to face his greatest ever enemy in the next run, season eight on the CW.

In season seven, Barry was up against August Heart aka Godspeed (Karan Oberoi), a criminal speedster from 2049.

He begins to create dozens of brainwashed versions of himself and sends them back in time to torture Team Flash.

The clones split themselves into two groups, with one group wanting to kill August and the other becoming evil and trying to steal Barry’s speed.

After a battle between the two, showrunner Eric has detailed the future of The Flash, as well as Barry’s big new enemy for season eight.

Eric stated that he hopes Barry and Iris are still “happier than ever” in season eight.

As Iris (Candice Patton) is now ill with a time sickness, the showrunner promised viewers that the mystery would be solved next season.

“That’s a problem that’s still got to get solved, and you’ll never imagine where it goes,” he teased.

Before adding to TV Line: “It’s going to be amazing.”

Fans also have a five-part special event to look forward to with the other CW superhero shows.

However, Eric was reluctant to call it a “crossover” as it won’t be the “same feeling as a crossover” episode.

He also teased the villains for season eight, stating that the comics will be a major influence for the forthcoming season.

Eric was keen to show both new and returning villains who will challenge Barry.

“For our new villains, one of them, in particular, will be the biggest and most powerful villain the Flash has yet faced — and that’s saying something!

“We’ll meet this unique baddie quite early in season eight.”

The showrunner promises that some familiar faces will be returning, including ones from the early seasons.

The familiar faces will return in “unexpected ways, to make a united Barry and Iris’s life a living nightmare.”

The Flash has seen its fair share of familiar faces in the latest season so how will former characters return to the series in season eight?

In the season eight finale, Godspeed was defeated by Team Flash and his memory of Barry was removed after he was sent to Iron Heights prison.

Fans were also delighted to see Barry and Iris renew their wedding vows in front of their friends and family.

However, one thing that confused fans the most was the fight where the characters appeared to be using lightsabers.

One fan wrote on Twitter: “What the hell is going on with The Flash anymore? The finale legit just turned into a lightsaber battle [crying emoji].”

Another joked: “May the Speed Force be with you!”

“Okay, I didn’t expect this #TheFlash,” someone else commented.

While another loved the ending, writing: “HOLY S**T. They really ended this season with a f***ing BANG.

“I thought last week was amazing, but this one surpassed it. One of my fav episodes since S4 tbh. What an incredibly fun ride!” (sic)

All seasons of The Flash are currently available to watch on Now TV.