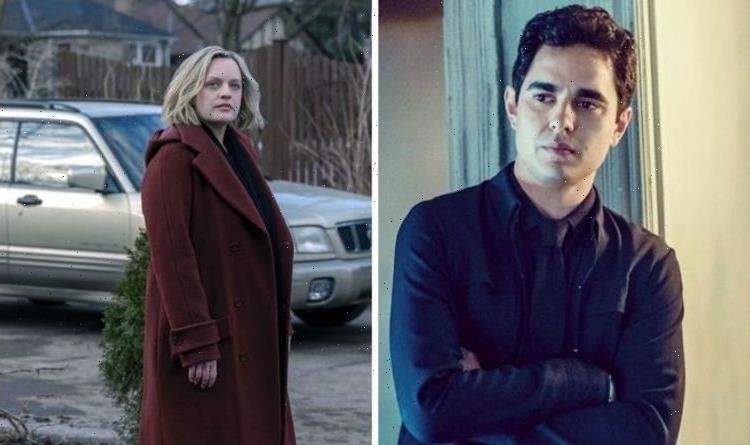 Hulu’s dystopian series of The Handmaid’s Tale saw June Osborne ([played by Elisabeth Moss) and Nick Blaine (Max Minghella) fall in love and have an illegal fling in Gilead. After her escape, the two reunited and Nick provided her with some vital information, however, some fans are convinced the two could die together in the upcoming season five.

Throughout the series Nick and June had as much of a whirlwind romance they could have, living in the patriarchal society of Gilead.

The two first met in season one, when June became a Handmaid at the Waterford residence.

There Nick worked as Commander Fred Waterford’s (Joseph Fiennes) driver and would often refer to him as “son”.

Before the season had started, Nick had witnessed the toll Gilead took on their previous Handmaid and didn’t want that for June, so he tried to care for her.

After spending time together the pair sparked a budding romance, which was outlandishly unlawful and if caught June would be sentenced to death.

As she was married to Luke Bankole (O.T Fagbenle) before being abducted to Gilead, Nick and June’s romance was more based on survival.

Throughout the series, she made countless attempts to escape and become a free woman in Canada but was often caught.

She caused havoc in Gilead, by orchestrating the getaway of 86 children and a handful of Marthas, as well as other fugitive Handmaids.

Nick was supportive and often used his privilege and knowledge of resistance groups to help June plan her next escape.

Eventually, in season five, she made it to Canada and the emotional episode saw her take her first steps as a free woman.

Even though she reunited with her husband and friends, she later met up with Nick who provided her with information about her daughter Hannah Bankole (Jordana Blake) who was still in Gilead.

Ahead of the release of season five, fans took to Reddit to predict June’s fate and one user anticipated hers and Nick’s death.

They wrote: “I can’t see June living life happily after all that trauma.”

The fan added: “I can see her dying to get her daughter out, or maybe dying with Nick in an attack.

“I don’t think it will be an execution as such but I feel June will keep pushing Gilead and trying to bring it down one too many times, so to speak,” they explained.

It’s yet to be seen how she will get her daughter out of Gilead, other viewers have predicted she could return to Gilead, but if caught that would be fatal.

Others theorized Luke and Nick would work together to get Hannah out as Nick was promoted to Commander, so Luke would go under the radar if he was smuggled into the state.

Fans will have to tune in to season five to how this plays out and who will end up meeting their impending death.

Thankfully the next instalment of The Handmaid’s Tale has been confirmed and fans can expect it to premiere sometime in 2022.

The Handmaid’s Tale season 4 is available to stream on Hulu in the USA and airs Sundays on Channel 4 in the UK.