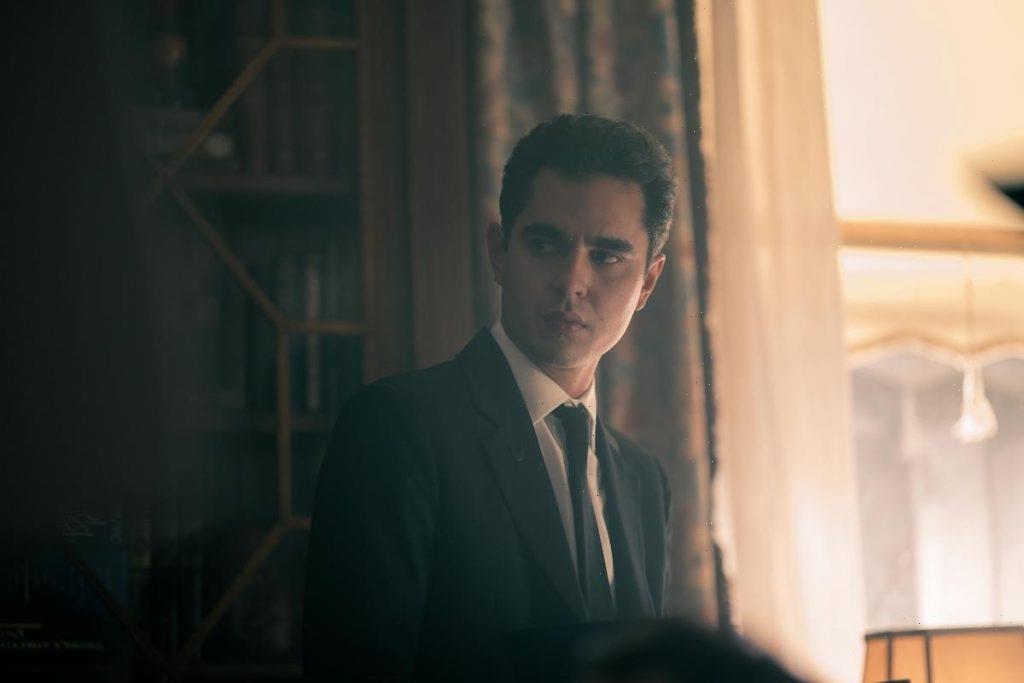 June Osborne and Nick Blaine’s romance in The Handmaid’s Tale took a backseat in season 3. In fact, Nick wasn’t in the entire second half of the season. But don’t worry, June’s extremely complicated and problematic (but still kind of good?) boyfriend will be back in The Handmaid’s Tale Season 4. With the new season kicking off April 28, let’s recap everything that went down with Nick last season.

Is Nick from ‘Handmaid’s Tale’ bad?

Nick (played by Max Minghella) is one of the few main characters in The Handmaid’s Tale whose backstory hasn’t been seen in flashback form. Viewers knew he was an Eye in season 1, which made June think he was completely loyal to Gilead. But their relationship allowed viewers to think maybe he wasn’t a bad guy. Maybe he was forced into his position.

Alas, that wasn’t the case at all. June is dealt a shocking blow in season 3 when she learns Nick played a voluntary role in Gilead’s coup. And a violent one at that. Now a commander, Nick is sent off to the “front lines” in Chicago after season 3 episode 6 and isn’t seen for the rest of the season.

Showrunner Bruce Miller told Harper’s Bazaar what it was like for June to learn the truth about the man she loves. He said:

“First of all it’s like, ‘God, this guy that I actually allowed myself to be intimate with and really opened myself up to is not what he appears to be.’ That’s shocking up front, but at the same time, she certainly didn’t ask the questions. He didn’t necessarily lie to her, but by omission it’s still undercutting her feeling of trust.”

Is Nick coming back to ‘The Handmaid’s Tale’?

He argued that seeing Nick’s shades of grey gave her the perspective she needed to become the soldier we see at the end of the season. (She kills two people to help her plan to get dozens of children out of Gilead go off without a hitch.)

“If you look at it from a slightly different direction, June is learning that even a nice guy could’ve done horrible things,” Miller said. “And that gives her permission to be a nice person who does horrible things.”

Nick’s absence was noticeable in the season’s latter half, but the show tried to fit him in. Miller revealed there were lots of filmed Nick scenes post-episode 6, but “we just don’t have the real estate in the show.”

Does June ever reunite with Luke?

Nick will be back for season 4, however. And his conflicting loyalty to both June and Gilead will be his biggest issue. Trailers for the new season imply June could escape Gilead this season. And escaping means she could possibly reunite with her husband, Luke, after five years apart.

One trailer features June yelling “How can I face him?” Everything that has happened to her is because of me.” A shot of Luke alone appears as she says that. It seems if she does make it out of Gilead with Hannah (or without—we’re really hoping for the former), June might be feeling some shame about reuniting with her husband. For many reasons, including her relationship with Nick.

As for how Minghella feels about Nick and June’s future, he’s hopeful but skeptical. He told Harper’s Bazaar:

“I think Nick’s very in love with her, so I’m sure he’s really hoping it works out. But she was also married to a wonderful person who loves her very much and has a chid with that person, so it’s very complicated.”

Trailers for The Handmaid’s Tale Season 4 also show Nick searching for June in Gilead. Their daughter, Nichole, is in Canada with Luke. Season 4 could force Nick to choose between love and country.