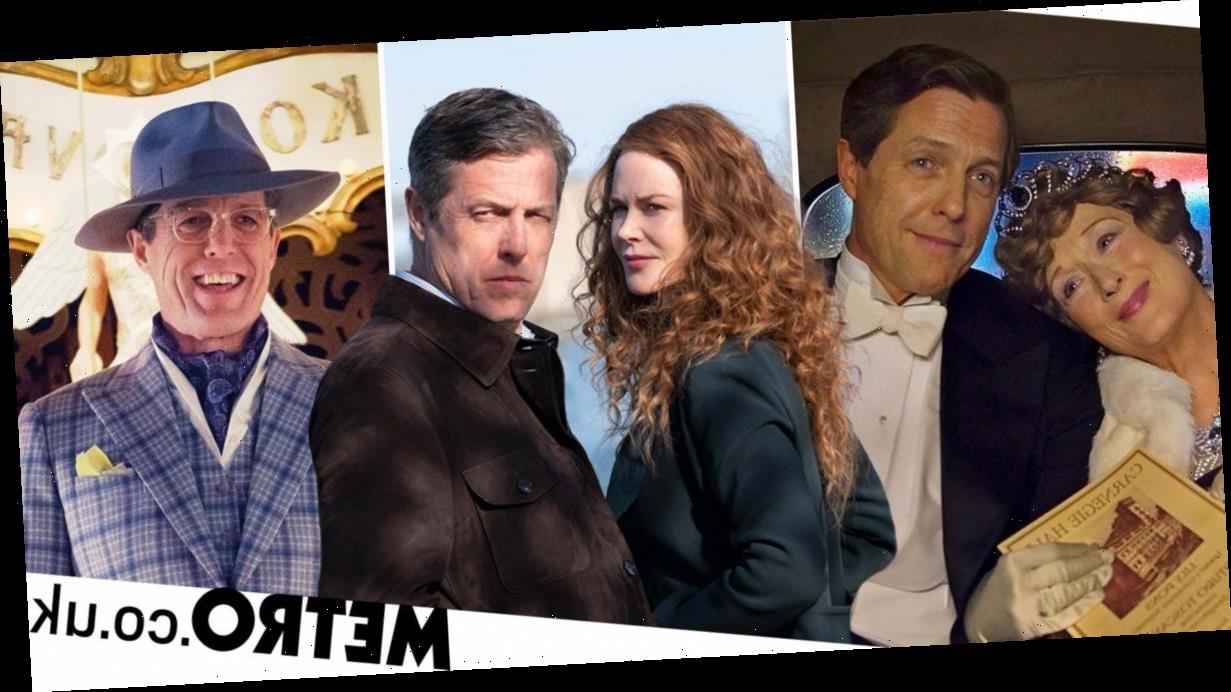 We don’t know if anyone still needs to hear this, but Hugh Grant is actually very good at acting.

It’s not a bold claim to make whatsoever in 2020, but it wasn’t that long ago when the star was trapped in romcom purgatory, churning out one-note performances in a succession of deeply uninspired movies.

It all started off so brightly. After an excellent breakthrough turn in 1987’s Maurice, his 90s heyday saw him stumbling into the hearts of fans everywhere. He redefined what it meant to be a romantic male lead with the likes of Four Weddings and Notting Hill, as well as giving memorable performances in The Remains of the Day and Sense and Sensibility.

But just 10 years later he was appearing duds like Words and Music and Did You Hear About the Morgans? and lacking the glint in the eye that had first captivated audiences.

Even the popular roles didn’t do him any favours. Knocking out paper-thin performances in the Bridget Jones films or dancing around 10 Downing Street in Love Actually looked like great fun, but they only served to type-cast him further and distance him from more dramatic roles.

At one stage, he was little more than a suave punchline – forming the butt of endless jokes about bumbling Englishmen with floppy hair. But he’s always had so much more than a pretty face to offer, as his career rebirth over the past five years has shown.

After a string of acclaimed performances over recent times, he’s back in critical hit The Undoing on Sky Atlantic, which sees him swapping saccharine romcoms for gripping drama once again.

With the actor enjoying some of the best form of his career, take a look back at the roles that kicked off the Hugh Grant renaissance.

There are Grantaphiles who’ll tell you the renaissance started in earnest back in 2016, but Grant was changing the way he approached new projects before then. He plays a suave intelligence officer in Guy Ritchie’s stylish action film The Man From Uncle, in a role that bears some resemblance to Colin Firth’s turn in Kingsman six months earlier.

The film is a solid, stylish action reboot, and the last thing you might have expected from Hugh at the time. Critics were harsh on the film, but the Guardian’s review said the main cast were ‘entirely outclassed by an airy cameo from Hugh Grant… giving one-and-all an object lesson in scene-stealing.’

It wasn’t enough to spark a resurgence on its own (the film only holds a 67% on Rotten Tomatoes) but it was a real change of pace from the star, which might well have given him the confidence to push his range further with his next few projects.

Bafta and Golden Globe nominations were in the offing after Hugh’s career-best turn as St Clair Bayfield, the devoted partner and manager of tone-deaf opera singer Florence Foster Jenkins (Meryl Streep). The film never patronised its lead character, and Hugh provided the perfect foil – depicting a man deeply in love and supportive of a fervently eccentric public figure. Upping his game alongside one of the greatest actors ever, Hugh found real humility in the character which helped the film remain a sympathetic portrait of an unlikely icon.

Hugh threw himself at the role of Phoenix Buchanan in the peerless Paddington 2 like a bear tearing into a jar of marmalade. He gave a riotous turn as the washed-up luvvie actor Phoenix Buchanan in one of the most perfectly pitched performances of his career.

Hugh was never afraid to make himself look foolish as the villainous antagonist, and showed a refreshing lack of pretension. He spends the film dressing up in ridiculous disguises, intent on stealing an antique pop-up book and ruining Paddington Bear’s plans to surprise his Aunt Lucy – not the mark of an actor who takes himself too seriously.

It paid off. Grant went on to win the London Film Critics’ Circle Award for Supporting Actor of the Year. Very well deserved it was too.

Hugh is turning to TV in the latest chapter of his career, with The Undoing showing all the hallmarks of another successful project. But it was A Very English Scandal in 2018 that marked his first major, critically-acclaimed TV role in years. Hugh plays Jeremy Thorpe in the BBC’s dramatisation of the scandal that rocked British politics in the early 60s, with the Liberal leader ending up on trial for conspiracy to murder his former partner played by Ben Whishaw

He brought the predatory politician to life on screen with real guile, depicting him as equally charming and chilling. It was a multifaceted performance that showed off the actor’s ever-expanding range. Finally proving himself as more than a pretty face for romcoms, Hugh’s career renaissance was complete.