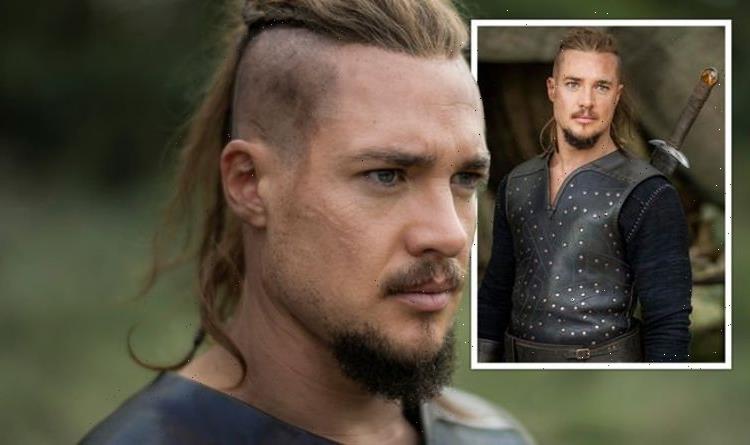 The Last Kingdom is a huge hit on Netflix and fans were heartbroken to learn it would be coming to an end after season five. However, they were thrilled at the latest announcement made at MCM London Comic Con, as they discovered Alexander Dreymon would return. Express.co.uk has all you need to know about the new film starring Uhtred – Seven Kings Must Die.

Uhtred of Bebbanburg is an iconic historical figure from The Last Kingdom, which has been airing on Netflix since 2015.

The series was inspired by The Saxon Stories by Bernard Cornwell and it has followed Uhtred’s struggle with his own identity.

Born a Saxon but raised by Danes, he was torn over where his loyalties lie.

But season five will not see the end of Uhtred as he will be starring in a feature-length special.

Seven Kings Must Die will see more fan-favourite characters return, however no names have been announced.

This is because the creators of The Last Kingdom are keeping tight-lipped to avoid any season five spoilers.

Dreymon said at The Last Kingdom’s Comic-Con panel: “When we started shooting the show there were ten books that Bernard Cornwell had written, and we had structured the show in a way that season five was always going to be the last season.

“However, for a good while now we’ve been in talks about maybe a little extension… because it felt like it couldn’t quite yet be the end.”

He said fans had been calling for an extension of the story in the form of a movie for a long time.

Work on the film will start in 2022 but no more information on a potential release date has been given.

The star said he was extremely grateful to fans for their loyalty since the series first launched.

The film will be shot in Budapest, which has provided the backdrop for the historical drama series.

Seven Kings Must Die is believed to be at least partly inspired by the final three books in Cornwell’s series – War of the Wolf, Sword of Kings, and War Lord – with a number of “new faces” set to be introduced.

The show’s producer, Nigel Marchant, said he “couldn’t be more thrilled” to continue the story.

Fans have taken to Twitter to share their thoughts, with lioness saying: “Happy they’re not cramming the entire ending into the last season, but hoping the movie won’t feel too rushed.

“They probably will do a huge time skip from end of 5 to the movie though. It’s good news but why can’t we just have a season 6 and 7?”

JoshuaP96 said: “So hyped right now. We all know Series 5 is coming. So this is much better than a release date.

“I am excited to see a movie for TLK. I mean it is a great send off. I haven’t read the books so I am going into this completely blind and I am excited for it.”

There are viewers who would have rather seen the series continue, but they are happy nonetheless.

They continued to praise actor Dreymon for his iconic role, with Patricia Dellinger saying: “This is awesome.

“I want Alex to get more exposure so he will get more parts and eventually be an A lister. Although he is already an A lister in my opinion.”

Meical Davis concluded: “Best news I’ve heard all year. Movie version of the Last Kingdom. Get in there #TheLastKingdom.”

The Last Kingdom season 5 will air on Netflix soon.