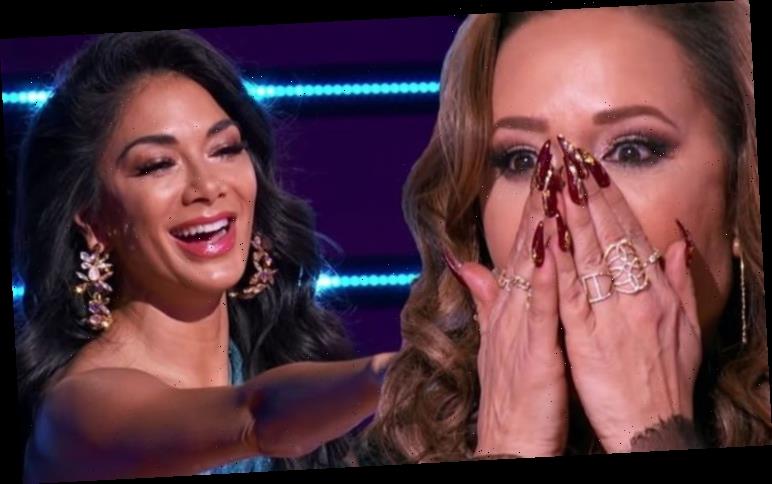 The Masked Singer has welcomed a huge amount of celebrities onto the US singing contest so far this year. Last week’s episode saw comedian Gabriel Iglesias sit beside Nichole Scherzinger and Ken Jeong during the judging. However, for those rewatching episodes from earlier in the series for clues, they’ve spotted an enormous continuity error during the show as one of the guest judges was nowhere to be seen for a few seconds.

Leah is known for her quick wit and acting skills – but viewers were not expecting invisibility to be in her set of skills.

Fans of the show are no strangers to pointing out blunders, but this one has left Fox viewers a little perplexed.

Towards the end of the episode, Leah can be seen sat between Ken and Jenny speaking her mind about the newly revealed singer. 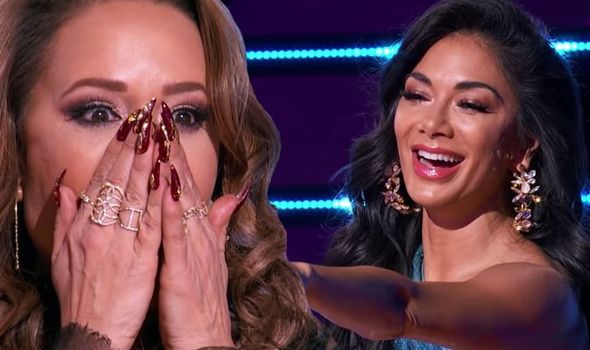 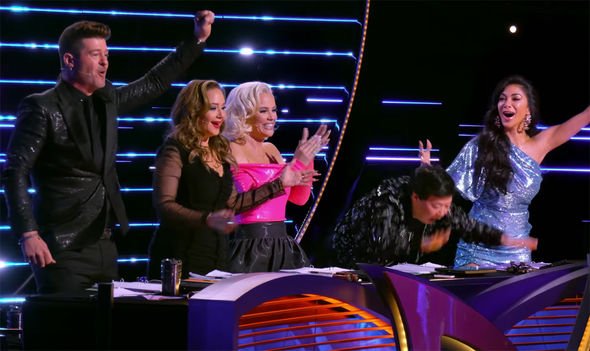 However, seconds later, Leah had disappeared, and the wide shot of the judges’ table only includes the four main judges.

Viewers pointed this out on Twitter, with one writing: “MAJOR continuity error in the latest MASKED SINGER. Where did Leah Remini go?? These clips are like 45 seconds apart.”

Another asked: “@MaskedSingerFOX so where did Leah Remini disappear to during Robin’s final guess?”

One joked: “Does… does that make her the masked signer?” 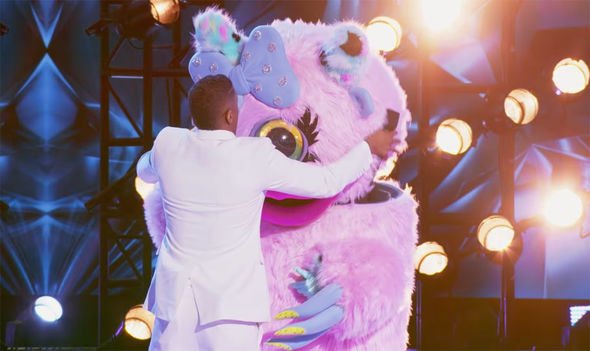 Although it seems like this was simply some sort of filming error, viewers were not happy.

Thankfully, she quickly returned and was present for the reveal of Miss Monster’s true identity.

During that week’s episode, it was revealed Miss Monster was, in fact, the funk legend Chaka Khan.

Many of the show’s judges guessed correctly, leaving them all quite pleased that they had managed to get one of their guesses correct.

This wasn’t the first time the show had made a mistake during editing, however.

During the second week of the show, Robin could be seen making his guess with a black shirt and a black blazer on.

However, as Nicole gave her opinion on who was underneath the White Tiger’s mask, the camera quickly cut back to him.

In this split-second shot, Robin was wearing a floral shirt – which has now been revealed as his outfit for group B.

Viewers were quick to point out this error, with one writing on Twitter: “I think they’re just messing with us at this point,” alongside laughing emojis.

Others were less enthused by it, with another saying: “I saw it. I had to do a double-take to make sure I wasn’t losing my mind. I posted a pic of the mistake.”

One attempted to explain the situation, adding: “They take clips from all over and plug them in. It’s a time thing probably. I can imagine in real-time, they all talk a lot. So they have to cut it.” (sic)

The Masked Singer USA continues every Wednesday on Fox.