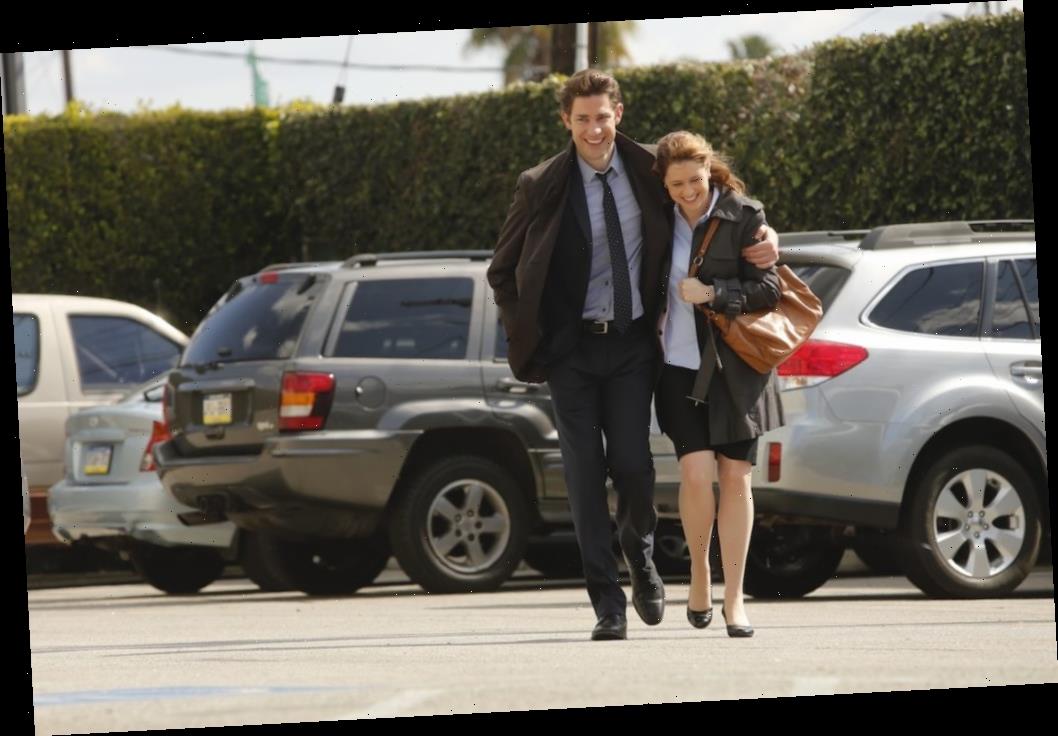 Fans of The Office really notice the small details. Some have called out an obvious mistake that was left in the background of some scenes. Find out what it was and how Jenna Fischer, who played Pam Beesly, addressed it.

‘The Office’ unexpectedly used CGI for some scenes

Most people wouldn’t think of CGI when they think about the sitcom. But it was used to take out unwanted details in scenes.

Fischer revealed on Office Ladies that it was used on her face. Her character had an important scene with Jim (John Krasinski). But there was one problem.

“I can’t remember what episode it is but I’m going to ask [creator] Greg [Daniels] because there’s a future episode that was like a huge Jim/Pam thing and I had another one of these big zits,” she said. “And then when I saw the episode it was gone.”

She later asked Daniels where it went and he revealed they used CGI. But zits isn’t the only reason CGI was used to make the show.

Fans noticed a mistake in the background

The show didn’t always get things right. Sometimes that meant bloopers got left in because it was funnier than what was scripted. But other times mistakes slipped by editors.

Fischer revealed on Office Ladies that although The Office takes place in Scranton, Pennslyvania they filmed in California. A fan wrote in saying they noticed a palm tree behind the cast in the parking lot.

“We did not shoot this show in Scranton,” Fischer said. “We shot this in Southern California. And we tried to remove all of our palm trees in post, but we did not always get them.”

It just goes to show that editors didn’t always get it right. So fans should keep an eye out for palm trees.

Fans can also see there are certificates and plaques on the wall of the office. But the characters’ names aren’t on them. Instead they have the names of the show’s crew members as a sweet way to recognize them.

The background of scenes might help further tell the story, or recognize the people who make the show. But there are also a few mistakes that give away the show’s real location to fans.