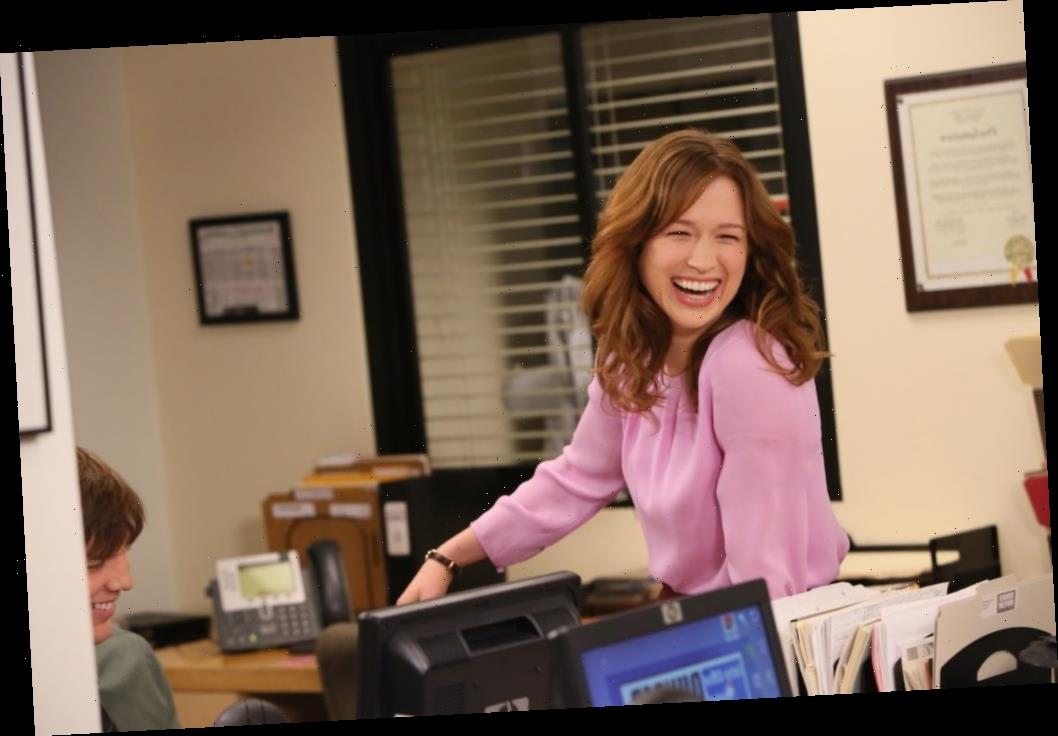 “They were like, ‘What is this place?’” Bennet told Below the Line.

Everyday people on the street also influenced Bennett. She is always fascinated by the many unexpected ways people choose to wear their clothes.

In creating costumes for The Office, Bennett tried to avoid the British version of the series that inspired the show.

“I and three others really studied [the British version] at first,” she explained. “But then I saw a few episodes and stopped. I didn’t want to be too much more influenced.”

Instead, Bennett focused on the idea that these characters were meant to be real people. For Angela Martin (Angela Kinsey), Bennett chose styles from fashionable designers like Bebe, Juicy Couture, and J. Crew. By putting items from these designers together in “all the wrong” ways, Bennett brought Angela Martin to life.

Ironically, Bennett used styles from some of the same designers to create looks for Erin Hannon.

A fan-run Instagram account puts together behind-the-scenes content for The Office fans to share on social media. Breakdowns of the styles Erin wore on the show are often featured on the account. Fans can get a better idea of the designers Erin wore, where they can purchase similar looks, and for how much.

In one post, the account shared Erin’s dress from The Office finale. The ‘Wallpaper’ Pleated A-Line Dress from Ted Baker London was valued at $177, but no longer available from retailers like Nordstrom. Fans can find similar looks on secondhand sites like Poshmark.

According to the account, “Erin wore multiple dresses of the same design in the finale episode. If you pay close attention, you can see the flower design on the dress is different throughout the episode.”

In another post, the account broke down the cost of one of Erin’s looks from the episode “Couples Discount.”

In the episode, the Dunder Mifflin employees are gearing up to celebrate Valentine’s Day. Erin’s outfit is the perfect look for the holiday, including her blouse, which is dotted with festive bows.

According to this account, Erin’s top is a bow neck style from J. Crew valued at $110. While the retailer no longer produces that style, fans can find the shirt in varying sizes from thrift retailers.

Meanwhile, Erin’s skirt from the episode comes from Loft. Like the shirt, fans will be hard-pressed to find the tall structured color-blocked boot skirt for purchase. The version worn in the episode was estimated to cost $69.50, making the total cost of Erin’s look in “Couples Discount” $179.50.