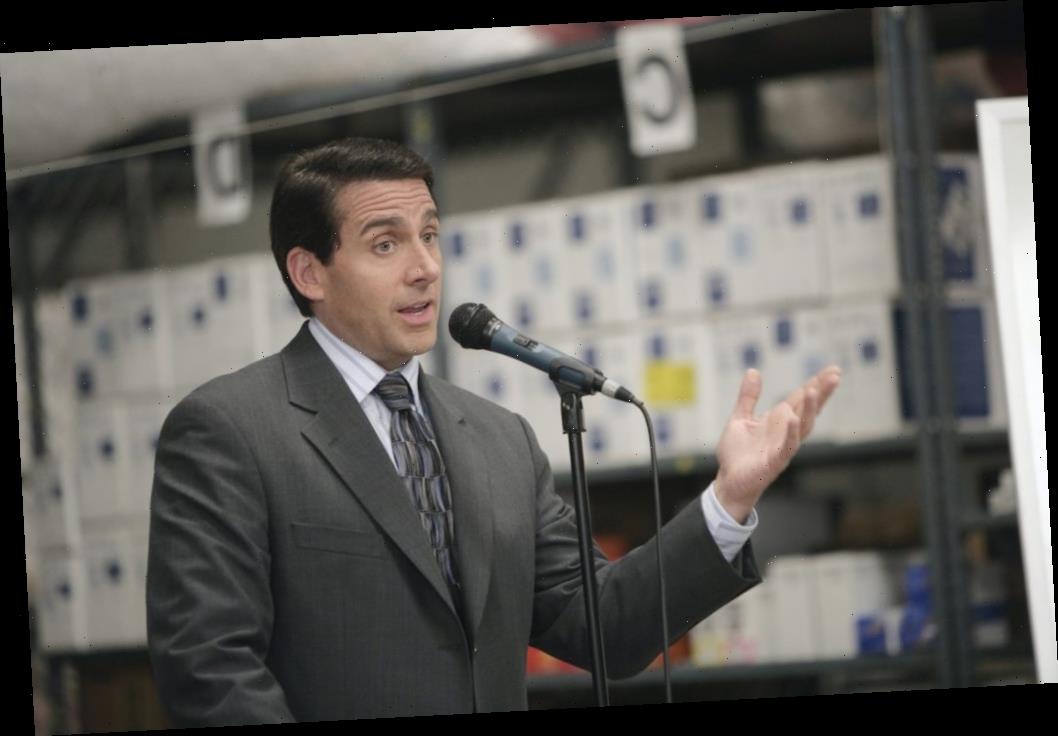 The scripted comedy following the employees of the fictional Dunder Mifflin paper company aired on NBC in 2005. After the show wrapped in 2013, fans quickly turned their attention to Netflix, streaming The Office for hours on end.

A cult classic amongst fans old and new, The Office star Brian Baumgartner wanted to understand what makes the show so beloved. Baumgartner, who played accountant Kevin Malone on the series, started the Oral History of The Office podcast.

On the show, he interviewed the cast and crew about their work on The Office.

‘The Office’ contains a ton of Easter Eggs

As any good show is wont to do, The Office contains Easter Eggs many fans have pointed out over the show’s run.

For instance, when Meredith (Kate Flannery) returns to work after getting hit by Michael’s (Steve Carell) car, Jim (John Krasinski) signs the cast as “John Krasinski.”

Of course, there’s also the Easter Eggs that nod back to the British version of the show, like Ricky Gervais’ appearance in season 7 or the address of Dunder Mifflin’s Scranton office. Dunder Mifflin is located at 1725 Slough Avenue, a street named after the town in the United Kingdom where the original series took place.

Leave it to fans on Reddit to find an Easter Egg so hidden, it has rarely been discussed before.

“Michael is selling his plasma screen at the garage sale,” the Reddit user shared.

In the hilarious “Dinner Party” episode from season 4, Jim and Pam (Jenna Fischer) are forced to sit through a prolonged and awkward dinner party. It isn’t long before Jan (Melora Hardin) and Michael to get into an argument in front of their dinner guests.

After a heated debate about the Saint Pauli Girl light, Jan delivers the final blow. She tosses one of Michael’s Dundies at his treasured plasma screen television.

Michael’s shattered plasma reappears in season 7 of the series as an Easter Egg. In “Garage Sale,” Dunder Mifflin’s employees host a garage sale in the warehouse. Amidst Michael’s things for sale are the Saint Pauli Girl sign and the broken plasma television.

“I can just imagine the set designers going through the props looking for stuff to fill the tables with for this episode and one of them saying, ‘Hey you know what would be funny?’” a fan commented on Reddit.

Regardless of why production included Michael’s broken television in the episode, it took fans years to uncover the Easter Egg.