The Pursuit of Love: Lily James stars in BBC trailer

Viewers tuned in for the second episode of The Pursuit of Love on Sunday evening. It’s the BBC’s new period drama starring Lily James, Emily Beecham and Dominic West. While watching the new show many fans spotted a dig at real-life politician Jacob Rees-Mogg.

The Pursuit of Love is an adaptation of Nancy Mitford’s novel of the same name which was first published in 1945.

The original novel is the first in a trilogy about an upper-class English family during the interwar period.

The series follows the story of Linda Radlett (played by Lily James) and her cousin and best friend, Fanny Logan (Emily Beecham) in their bid to find love. 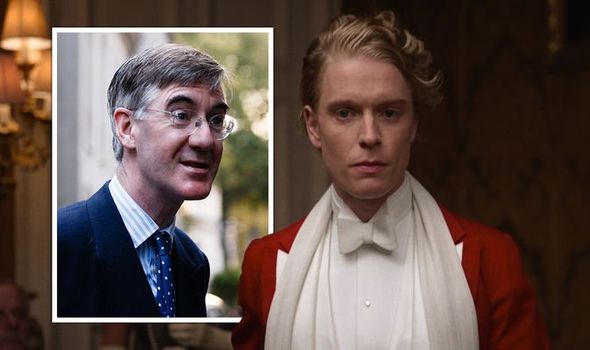 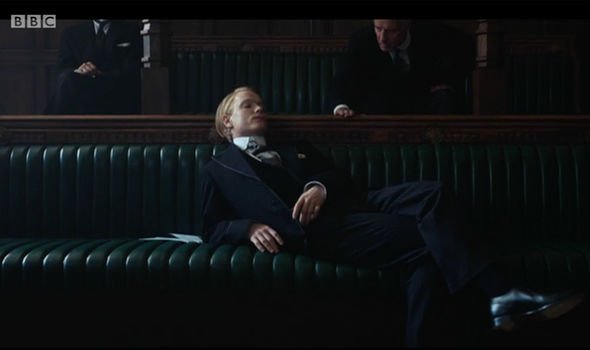 It was Freddie’s performance that caught the attention of viewers in the second episode.

The narration at the beginning of the episode said: “Tony started working in his father’s old bank.

“And prepared to step into a conservative seat in the House of Commons – an ambition which was very soon realised.”

Meanwhile, Tony was seen speaking in parliament before slouching back into his chair. 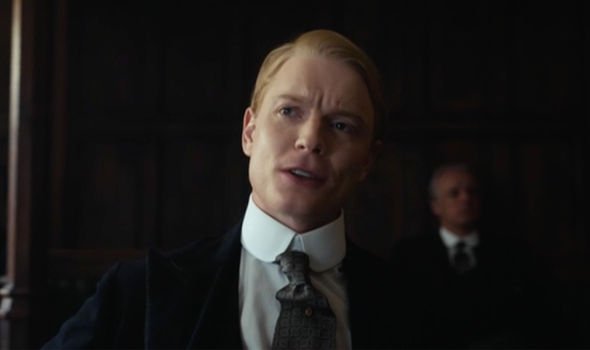 Fans quickly took to Twitter to comment on the character’s body language, suggesting that it was an impersonation of real-life Conservative MP Jacob Rees-Mogg.

One fan wrote: “Seeing Freddie Fox do his best Jacob Rees-Mogg in the opening minutes has made episode two of #ThePursuitofLove”

“Oh my god, the JRM slouch in the House of Commons in #thepursuitoflove was perfection!” A second viewer said.

A third Twitter viewer agreed it was a reference to the Conservative MP, saying: “Rees-Mogg dig there. #ThePursuitofLove”

“Did he just sit like Jacob Rees-Mogg #ThePursuitOfLove” another asked.

One Twitter user made reference to Freddie’s cousin Laurence Fox, who ran as a candidate in the recent London Mayoral election.

“I guess that’s one Fox who succeeded in politics #thepursuitoflove” the viewer joked.

A number of viewers commented that the second episode of the period drama was an improvement on the first.

One fan Tweeted: “Episode 2 of #ThePursuitofLove is a marked improvement.”

This comes after last week numerous people switched off from the BBC show, claiming it was difficult to follow.

The Pursuit of Love airs on Sundays at 9pm on BBC One.