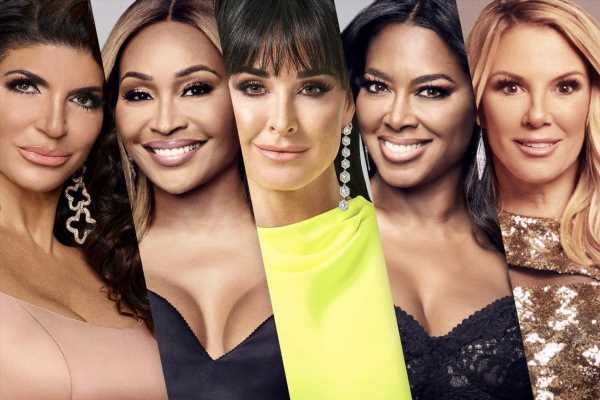 One of the most anticipated shows by The Real Housewives fans is the Peacock spinoff The Real Housewives Ultimate Girls Trip. The limited series will see housewives from across the franchises come together for some fun in the sun. Although the drama has been kept under wraps, there have been hints that there is going to be some sizzling tension among the cast. As the premiere date for the show has been released, the housewives are teasing what’s to come during their trip.

What are ‘The Real Housewives’ saying about the spinoff?

Over the summer, a group of Real Housewives traveled to a tropical island to have their every move filmed in what fans now know as The Real Housewives Ultimate Girls Trip. The cast of the show includes Melissa Gorga, Ramona Singer, Cynthia Bailey, Kyle Richards, Kenya Moore, Teresa Giudice, and Luann de Lesseps. Ahead of the series premiere on Nov. 18 on the Peacock streaming service, the ladies teased the show.

“This was the trip of a lifetime. It was a roller-coaster ride, but I’d do it again…even with the ladies I bumped heads with,” Moore told Cosmopolitan magazine.

Countess de Lesseps said that she “would travel with this group again… minus one or two.”

When asked if there was drama, The Real Housewives of New York City star, Singer said, “I know I caused a lot of it.”

Richards, star of The Real Housewives of Beverly Hills, added, “I was not expecting drama because none of us really knew each other that well. But wow, was I wrong.”