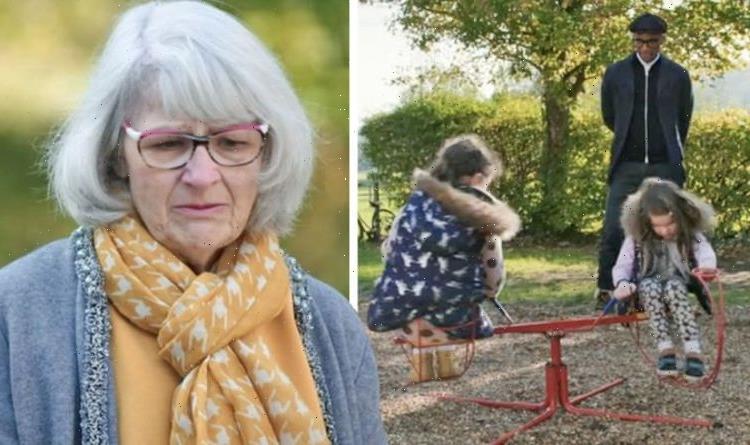 The Repair Shop: Guest gets emotional at roundabout restoration

In a recent episode of The Repair Shop, Jay Blades and metalwork expert Dominic Chinea met a lady who had a roundabout swing that was in need of desperate restoration so her grandchildren could play on it. The guest explained the importance of the item and how now, more than ever, she needed it to be in working order so she could cherish the memories she had of her late daughter playing on it. Understandably, she was emotional when Dominic revealed a fully-functioning roundabout swing.

“Why do you always do this to me, Jay?” Dominic began and sarcastically added: “This looks like it’s going to be another easy job.”

Those watching at home were then told: “Stella Moore, from Birmingham, is hoping metalwork expert Dominic Chinea can get it going again for the next generation.”

“So, I know this is a roundabout, tells us about it, please,” Jay said and Stella replied: “My uncle made it. He’s no longer with us and it was in about 1980.

“He thought there might be a business in it, but, unfortunately, the cost involved for reproduction was going to be too much.

“So the run he made, the few pop those, they were sold and we had this one. It means a lot to us because this is the one my daughters played on. And then now, it will be used if you can get it to work… with my grandchildren.” 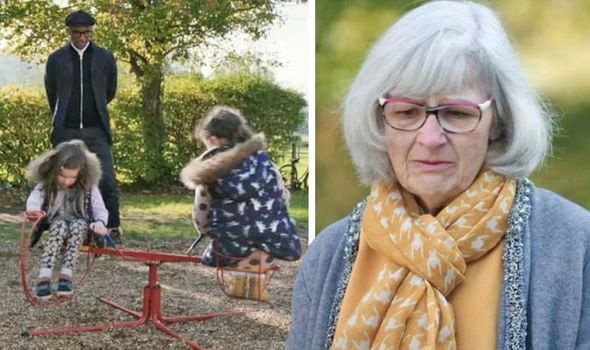 “Your daughters used to play on this, how many daughters have you got?” The presenter continued.

And the guest explained: “I had three, and I lost my little daughter to cancer. Her name was Emma, she was 39.

She was diagnosed with bowel cancer and it had spread to the liver and she was given six months, possibly, and she was amazing.

“She planned her wedding from the hospital and she fought against everybody, came out, she had her wedding. And she was an incredible person.”

“Did she have children?” Jay asked and Stella revealed: “Yes, she’d got the two. Olivia and she’s just had her youngest, Flo. So, it was a big shock. And Flo had her first birthday in the hospice – she was one when she died. 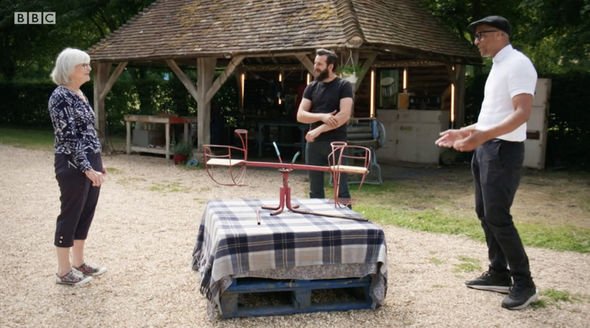 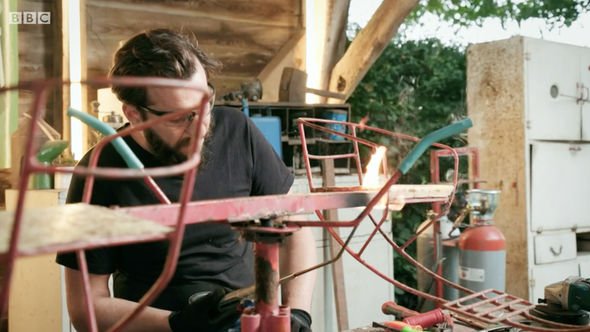 “They would love to be able to tread in the footsteps of my daughter. It’s all those memories that they can have and ‘Did mummy actually do this?’ The little ones are really excited about it, they sat on it the other day and went ‘How does this work?’

“And I said ‘It doesn’t at the moment’. But hopefully, you’ll be able to have it working.”

Dominic and Jay were keen to find out how the toy looked “in its heyday” and Stella described it as being “bright red” with “yellow seats”.

As for how it worked, Stella said “it’s so seized up” it actually doesn’t function in its current state.

“It’s a crank,” she added. “So you pull the crank and it goes round and the other one cranks the opposite way… it rotates. But it doesn’t.” 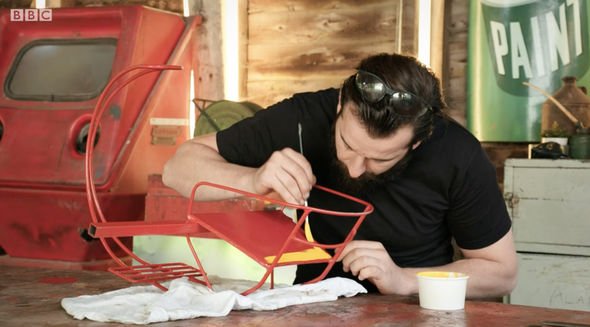 Jay questioned: “Would it have seat belts or anything like that?”

“No, no, this is as it was,” the lady said. “So, as long as you don’t go too fast. Health and safety and all those sorts of rules are different for nowadays.”

Before Stella left Dominic to get on with the job, he said: “This is certainly an interesting one, but I’m determined, we’ll do it. We certainly need to do some pondering, don’t we.

“Fingers crossed it all comes apart okay. I need to break it down and see what’s inside, see how bad it is and see if I can fix it.”

He told viewers how he was “going to be making four new legs” and how the “crossbar was bent like a banana” from intense use. 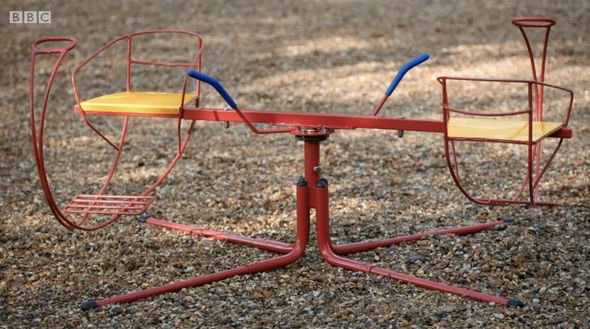 After a few hours work, Dominic had the roundabout swing back up and running: “It’s so lovely to see this working again. I know Stella is going to love it and most importantly, enjoy seeing her grandkids spinning around on it like Emma did.”

“I’m very excited and very nervous,” Stella commented before the big reveal. “To see whether they’ve managed to make it work.”

The Repair Shop viewers saw Stella get emotional and she continued: “I’m just taken away. And I can just see and here all the times it was used.. the memories.”

Stella’s grandchildren than gave the roundabout a whirl and Dominic remarked: “I feel relieved to see it spinning so nicely now, I can only imagine how you feel.”

She replied: “I’m just so elated, it’s just so nice to be able to put it back into the family and be able to use it again. And especially as mummy is not here to see it. It helps you progress, helps you go forward.”

Speaking to the camera, Stella explained: “I felt really, really emotional. It brought back all the memories of my girls when they were all you and all the fun they had.

“As we don’t have Emma with us anymore, it’s so nice that Olivia and Flo can enjoy it. And for all the future generations to have and enjoy and make their own memories.”

The Repair Shop is available to watch on the BBC iPlayer now.