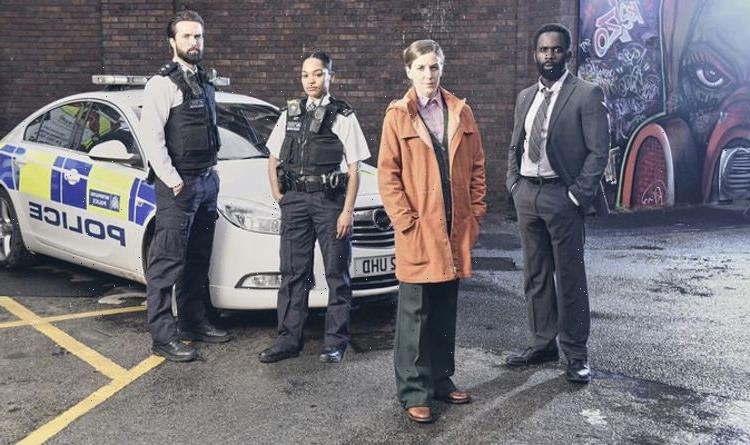 The Tower is about to make its debut on ITV and the gripping series is set after a tragic incident. Two people had fallen from the top of a tower block in London and an investigation is launched to determine what happened. Viewers will remain hooked as they discover who was responsible, and Express.co.uk has all you need to know about the cast.

Who is in The Tower?

At the centre of the investigation is Sarah Collins, an experienced detective who is called in to find out what happened on the roof of the tower block.

She has a hard task ahead of her as she must discover why two people were killed and two survived.

The detective is played by Gemma Whelan, a 40-year-old actress and comedian known for her roles in Game of Thrones and Emma.

Her other credits include Killing Eve and White House Farm.

Speaking about her character’s role, she said: “She’s an everyday detective. Nothing like this has ever happened on her watch before.

“This is a shock to her. We find her on an everyday, if you like, and then things change quite dramatically when they go to the tower. Because of how it happens and why it happens.”

Lizzie is a new officer in the force and she is still learning the ropes and discovering the extent of her resilience.

Lizzie and a five-year-old boy are the only two people left alive after the tower incident, but Lizzie quickly disappears.

Across the course of the three episodes, viewers will discover why she made such rash decisions.

She is played by Tahirah Sharif, an actress known for her roles in Waterloo Road and The Haunting of Bly Manor.

The actress explained how much the tragic tower block incident impacted her character’s life, saying: “She’s a hard worker, she’s determined, she’s thorough, she doesn’t like to cut corners.

“She’s already got a commendation six months into the job. She’s doing really well. She’s enjoying being out in her community doing her police work, until this all happens.”

Steve Bradshaw works with Sarah Collins and the pair have a great relationship, as they have plenty in common.

When he hears about what happened to Lizzie, it is an abuse of power he has witnessed for many years.

He is played by Jimmy Akingbola, a 43-year-old actor who has previously starred in Kate & Koji and In The Long Run.

Describing his latest role, he said: “Steve is very sharp, he is very smart and he sees everything.

“I think he and Sarah were not necessarily the cool kids at school. They were a little bit slightly off-centre. I think they can see a bit of themselves in each other.”

Kieran is a uniformed police inspector who is Lizzie’s boss and Lizzie has a crush on him.

He is one of the more antagonistic characters in the series and he is played by Emmett Scanlan.

The actor opened up about whether he disliked his character, saying: “There are aspects of people that you like and dislike.

“There are aspects of myself that I like and dislike. It’s part of being human. You can’t let those aspects turn you off or distract you from telling the story.

“It doesn’t serve you comparing yourself to other people so I don’t.”

Scanlan, 42, is best known for his roles in The Deceived, The Fall, and Peaky Blinders.

The three-part drama will air on consecutive days – Monday, Tuesday and Wednesday this week.

This means fans do not have long to wait before they find out what really happened on the tower block roof.

The series is based on the novel by crime author Kate London.

The mysteries that arise are why were two police officers and two children on the roof?

Most importantly, why did only two of them walk away from the incident?

The Tower airs from Monday, November 8 on ITV at 9pm.