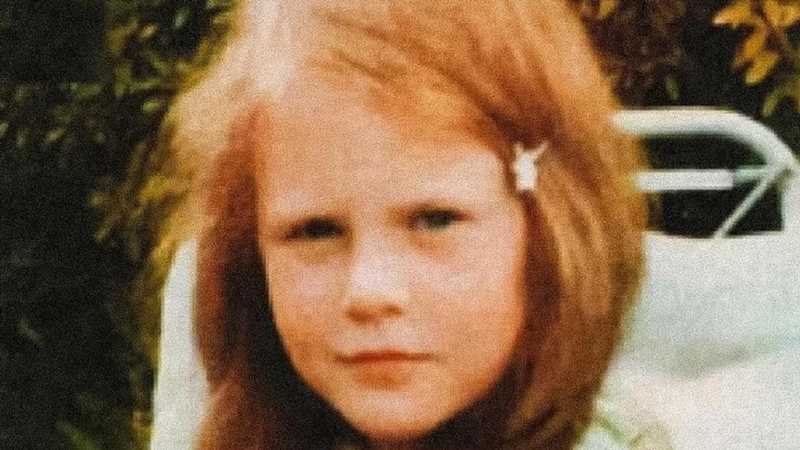 Nicole Kidman is such a staple in Hollywood that fans can’t help but forget she’s actually Australian. Since bursting into the acting scene in the early 1980s, Kidman has steadily climbed the industry’s steep ladder to achieve a special place among the A-listers. Her achievements in both blockbusters and independent productions have cemented her spot in world film history. In fact, The New York Times named her the fifth greatest actor of the 21st century in November 2020, and her success hasn’t gone unaccounted for: She’s won an Oscar and has been nominated three additional times, snagged two Emmys (one as an actor and the other as executive producer for HBO’s “Big Little Lies”), and has five Golden Globe awards, starting in 1996.

In addition to her incredible talent as an actor, Kidman has also been a subject of media scrutiny and paparazzi attention throughout her professional life. Her marriage to fellow actor Tom Cruise was of particular interest, which peaked during the highly-publicized events surrounding their 2001 divorce. Kidman characterized that time as “awful” in an interview with Oprah Winfrey, saying, “It’s one of those things where you just say, ‘I cannot believe this is happening to me.'” (More on all that below.)

Kidman returned to work stronger than ever, starring in “Moulin Rouge!” that same year — which earned Kidman her first Academy Award nomination. Since first turning heads in her early appearances in Australian films, Kidman has gone from talented teenager to seasoned muse. Keep scrolling to see her transformation.

Nicole Kidman is a beauty from Down Under through and through, as her accent and knowledge of Australia confirm. But she was actually born on American soil. Back in the mid-1960s, her father, Antony Kidman, moved to Hawaii on a biochemistry PhD scholarship along with his wife, Janelle, according to The Sydney Morning Harold. While there, the Kidmans welcomed their first child, Nicole, on June 20, 1967. Because she was born in Honolulu, their baby girl received a local name, Hōkūlani, which means “heavenly star,” Nicole told the host on The Graham Norton Show. To Jimmy Kimmel, she explained that she was named after “the baby elephant at the zoo.”

Nicole spent the first few years of her life in Washington D.C., when her father was working at the National Institute of Mental Health at St. Elizabeth Psychiatric Hospital, per The Sydney Morning Harold. But by the early 1970s, they had returned to Australia, where Nicole grew up. In a 2020 Talk Magazine profile (via the National Stuttering Foundation), she opened up about being “very shy — really shy — I even had a stutter as a kid, which I slowly got over, but I still regress into that shyness.”

On Variety’s “Actors on Actors,” Nicole noted that work has helped her get over her extreme shyness, which is why she needs to work constantly. “If I haven’t worked for a long time, I’m a little bit rigid and scared,” she said.

She gained popularity in Australia in the early 1980s

Nicole Kidman began to gain recognition for her acting in the early 1980s, when she was just a teenager. A 16-year-old Kidman dropped out of high school in 1983 to dedicate her time entirely to the art, according to a Lifetime biography. That year, she starred in the local holiday movie, “Bush Christmas.” Her popularity grew when she appeared in “BMX Bandits” that same year, which earned her a series of other offers. Kidman wasn’t meant to have a big role on the film, but her acting captivated director Brian Trenchard-Smith. “She was originally written as a sort of tag-along girl, but when I saw her on film, I thought, Wow, we need to see more of her!” he told Entertainment Weekly in a 2011 interview.

A few years later, she starred in the Australian psychological thriller, “Dead Pool,” which put her on the map in the U.S. “Throughout the film, Kidman is excellent. She gives the character of Rae real tenacity and energy,” noted a review by Variety. Kidman went on to work on an Australian miniseries before taking her career to the next level. In 1989, she moved to New York, a city she had long romanticized about, she told Harper’s Bazaar. “I grew up with the song ‘New York, New York,'” she explained, adding, “I just remember getting off the plane and being completely overwhelmed.”

It wouldn’t be long before the experience forever changed Kidman’s life — and career.

Just months after arriving in New York City, Nicole Kidman was cast in “Days of Thunder” as the love interest of Tom Cruise, who was already a famous movie star, with blockbusters “Top Gun” (1986), “Rain Man” (1988), and “Born on the Fourth of July” (1989) under his belt. They married on Christmas Eve in 1990 in an intimate ceremony held in the Colorado Rockies, according to Entertainment Weekly. The couple later adopted daughter Isabella, born in 1992, and son Connor, born in 1995.

Her relationship with Cruise kicked off what she characterized as “fame by association,” per Harper’s Bazaar. Kidman had recently arrived in the U.S. and, all of a sudden, she was the subject of intense public interest. “It was like, ‘I’m here and I’m clutching onto your arm, and it all feels a little overwhelming and really strange. And I was shy. Deeply shy. I didn’t feel comfortable at all,” she said. The union made them one of Hollywood’s power couples throughout the 1990s, when they co-starred again in “Far and Away” (1992) and Stanley Kubrick’s “Eyes Wide Shut” (1999).

In 2001, Cruise sent shockwaves when he announced he was filing for divorce, seemingly out of nowhere. The sudden split ignited a media frenzy and rumors began to spread that the Church of Scientology, of which Cruise is a notable member, was behind the divorce, given that Kidman had publicly denounced the faith a few years earlier, per The Sydney Morning Herald.

The actor found worldwide success after her divorce

Nicole Kidman rarely addresses her divorce from Tom Cruise, which is said to have strained her relationship with their children, Isabella and Connor, as both of them are Scientologists, according to Vogue. She made a rare comment about them in a 2018 interview with Australia’s Who, noting, “They are adults. They are able to make their own decisions. They have made choices to be Scientologists and as a mother, it’s my job to love them.”

Instead of giving into the rumor mill, Kidman opted to dive headfirst into her work. In 2002, she starred in the horror film “The Others,” a box office success that earned her worldwide recognition, before portraying Virginia Woolf in “The Hours,” a performance that was recognized with the Academy Award for best actress. “Having your work be the basis of fame, that’s a far more stable feeling,” Kidman told Harper’s Bazaar, referring to the success she found following her divorce.

Still, Kidman felt alone. According to Southern Living, the actor felt she had been neglecting her personal life, focusing solely on her work. “I was running from my life at that time,” she said, per ET. “I wasn’t able to handle the reality of my life and as an actor you have this wonderful thing where you can go and get lost in somebody else’s life and become somebody else for a period of time, and when I look back on it, I really see that.”

Following her Oscar win in 2002, Nicole Kidman had an “epiphany” (via ET). She found the recognition she wanted and deserved, and realized it was time to tend to her personal life. She met Australian country star Keith Urban in 2005 at the G’Day USA gala, a Los Angeles event that celebrates Aussies, according to Southern Living. They tied the knot the following year. “I was able to navigate through about five or six years and then I sort of stumbled into Keith, literally stumbled into him and in my spontaneous way, got married very quickly and we got to know each other when we were married,” she said, per ET.

In July 2008, Kidman and Urban welcomed their first daughter, Sunday Rose, according to People. “I wanted to have a baby the minute we met and he was like, ‘No,'” she joked, per ET. “And I got lucky. I got to have a child when I was 41.” Daughter Faith Margaret arrived in 2010, for whom the couple used a surrogate. Describing their surrogate as “wonderful woman,” Kidman said (via ET), “I’m a mother that’s experienced motherhood through many different avenues.”

While cultivating her family, Kidman continued to work. She returned to TV in 2017, starring as Celeste Wright in “Big Little Lies” to much critical acclaim. According to HuffPost’s Matthew Jacobs, Kidman “did career-best work in the HBO limited series.” At age 53, as of this writing, Nicole Kidman’s work is clearly far from done.