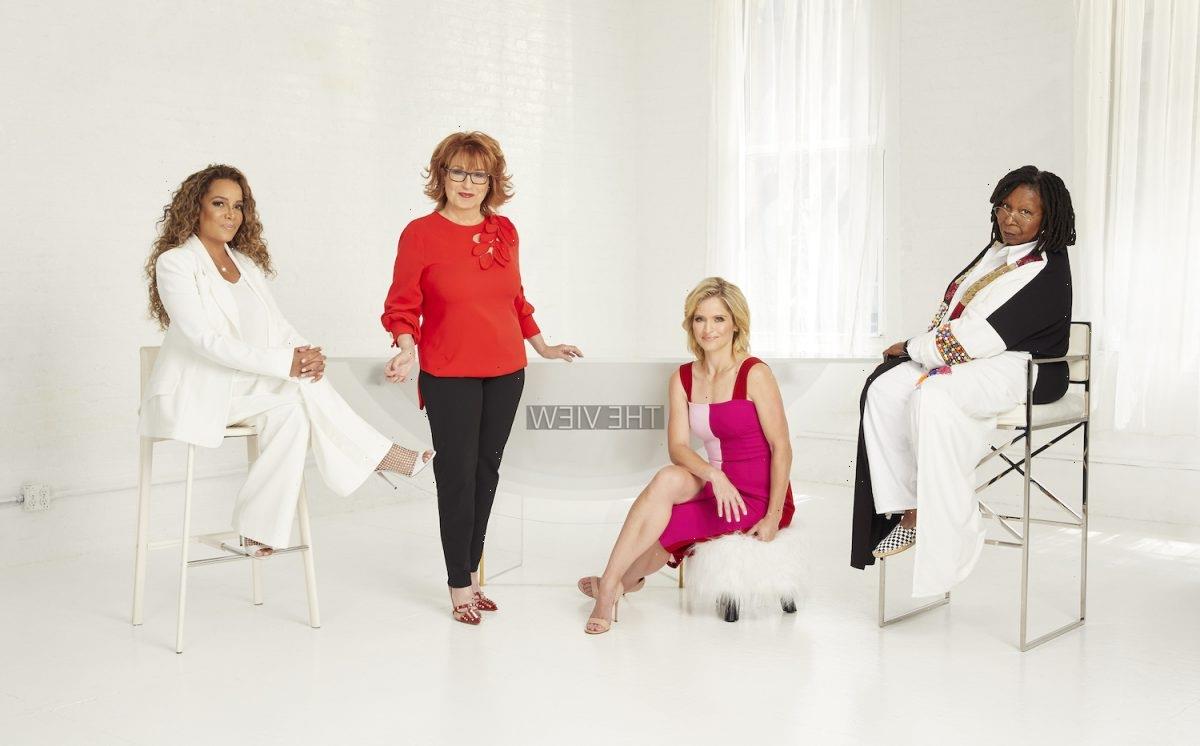 Barbara Walters’s vision for a show like The View proved to be a massive hit as the show is now entering its 25th season. Whoopi Goldberg, Joy Behar, Sara Haines, and Sunny Hostin are coming back to discuss the latest “Hot Topics” in the studio once again. When the show returns live, the co-hosts will be joined by celebrity guests and guest co-hosts vying for a seat at the table. The list of everyone scheduled to appear on the iconic talk show has been released and viewers are in for a treat.

To celebrate The View Season 25 milestone, production has incredible surprises for viewers all season long. The show will be inviting former co-hosts on Flashback Fridays to join the panel and debate. Following Meghan McCain’s exit, the show will be trying out potential co-hosts to fill in the empty seat. The ABC talk show will also feature celebrity guests to talk about their latest projects. Entertainment Weekly got the list of all the stars scheduled for the first two weeks of the season.

Who is joining ‘The View’ as guests?

On Wednesday, September 8, former Utah congresswoman Mia Love will sit in as a guest co-host. Steve Martin and Martin Short will be the celebrity guests of the day to talk about their Hulu series Only Murders in the Building.

Former congresswoman Love will continue her stint as a guest co-host on Thursday, September 9 and Simu Liu from Shang-Chi and the Legend of the Ten Rings will join the panel as a guest.

It will be on Friday, September 10 when The View sees the return of Star Jones as a guest co-host for the first Flashback Friday.

On Monday, September 13, Mary Katherine Ham will guest co-host and Wendy Williams will be the celebrity guest.

Who else is guest co-hosting ‘The View’ and what will happen to Ana Navarro?

Ana Navarro has been a fan favorite on The View for many years now. The political commentator has been a frequent guest on the show and usually comes in on Fridays when Goldberg takes a day off. Many fans thought she was going to get the full-time gig when McCain exited, but she was not in the photo session for the show. However, ABC did confirm that Navarro was going to continue to make appearances throughout the season.

In the same press release, the names of the guest co-hosts confirmed for the show included a long list of names. Other celebrities coming in to try out for the show included Southern Charm alum Cameran Eubanks, Condoleezza Rice, S.E. Cupp, Carly Fiorina, Eboni K. Williams, Alyssa Farah, and Gretchen Carlson.

“Continuing the mission of dynamic conversations with diverse points of view, The View is taking a little time to fill the co-host seat vacant since Meghan McCain’s departure at the end of season 24,” read the press release. “Throughout the season, the show will welcome conservative voices to guest co-host.”