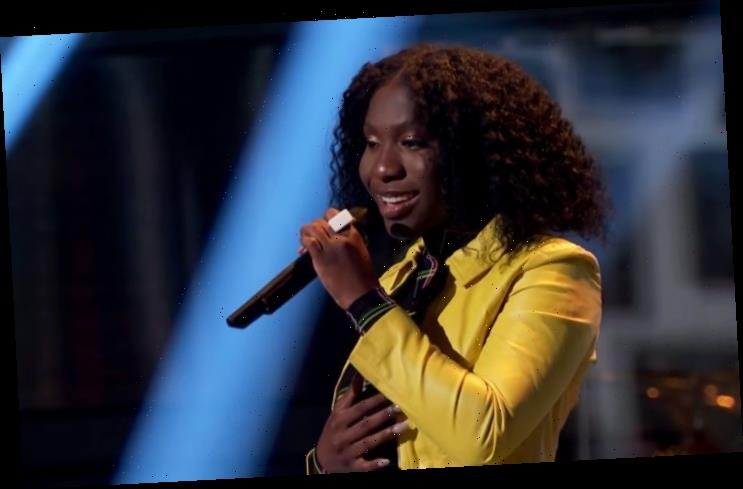 The new episode of the singing competition series opens with singer Desz revealing her final decision regarding which team she chooses to be on before singer Olivia Reyes takes the stage to flaunt her vocal skills.

AceShowbiz -The fourth episode of “The Voice” season 19 is here. The new outing opened with singer Desz revealing her final decision regarding which team she chose to be on. After much deliberation, she eventually joined Team Kelly Clarkson! Later that night, Olivia Reyes took the stage to sing which marked the first full performance in the episode.

Singing Harry Styles‘s “Falling”, Olivia got a chair turn from John Legend and Gwen Stefani. Fellow coach Blake Shelton tried to convince Olivia to go to Team Gwen, but Olivia decided to be on Team John. The next performer was Tony Mason, who belted out “What’s Going On” by Marvin Gaye, but no one turned their chairs for him.

Sam Stacy then sang “Fire and Rain” by James Taylor. Kelly, Blake and Gwen turned their chairs for him. John, meanwhile, didn’t hit his button because he found some unsteadiness in his voice. Sam eventually chose to be on Team Blake.

The next performance was from 15-year-old Larriah Jackson, who opted to perform Mariah Carey‘s version of “I’ll Be There”. Gwen got Larriah on her team unopposed as she was the only one who turned for her. Following it up was Payton Lamar. She hoped to impress the coaches by singing “Never Alone” and it worked for Blake, who was the only one who hit his button.

Later that night, Van Andrew performed “Behind Blue Eyes” by The Who. Gwen and Blake both turned their chairs for Van. Gwen praised Van for the unique and dynamic aspects of his voice, while Blake said that he never heard something like his voice before. Van ultimately joined Team Gwen.

Singing Dustin Lynch‘s “Cowboys and Angels” was Tanner Gomes. Everyone turned their chairs for Dustin except for Blake as he said that he already had a lot of country artists on his team. He suggested Dustin to join Team John or Team Gwen, but Dustin chose Kelly as his coach.