Channel 5’s The Yorkshire Vet follows Julian as well as Peter Wright as they care for an array of animals in their North Yorkshire practice, Skeldale Veterinary Centre. Speaking in an interview last year, Julian opened up about the struggles they faced when shooting the first series back in 2015.

Talking about how the popular series was launched, Julian said: “The practice that we were doing wasn’t expert or high-end sort of Supervet stuff, but it was genuine and it was worthy and we worked hard and had to do the best that we could for our clients and their animals.

“And I thought it would be something that would be worthy to be shown and worthy to share with anybody watching on a Tuesday night.

“So I was quite keen, others in the practice were less so. And eventually after a few weeks of to-ing and fro-ing, we thought ‘let’s give it a go’.” 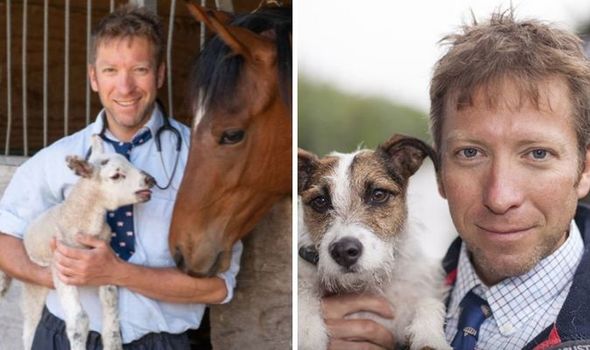 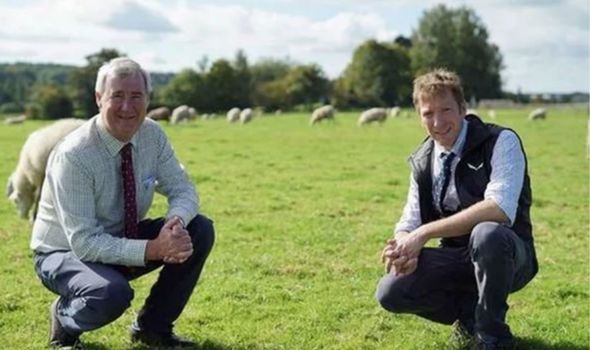 He continued: “So here we are, filming for series 11 now.”

When it came to the first series, Julian revealed a warning he ad the team were issued with.

He explained: “Yes, it was the spring of 2015 and it was funny because the channel said it really just wanted some sheep and some lambs, and said if you don’t have any sheep or lambs then it’s not going to happen.

“I sort of looked at the calendars and said ‘you do realise it’s the beginning of April now, and lambing time is a defined time – it’s a seasonal thing, that’s what lambs are’.” 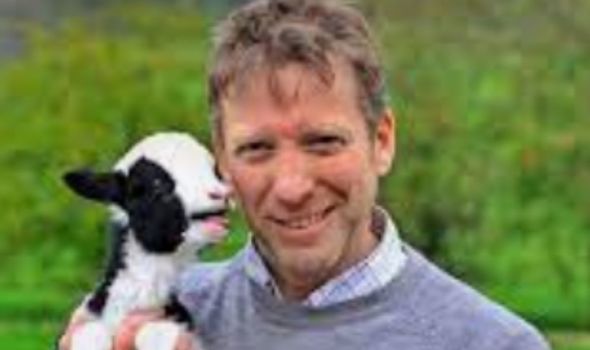 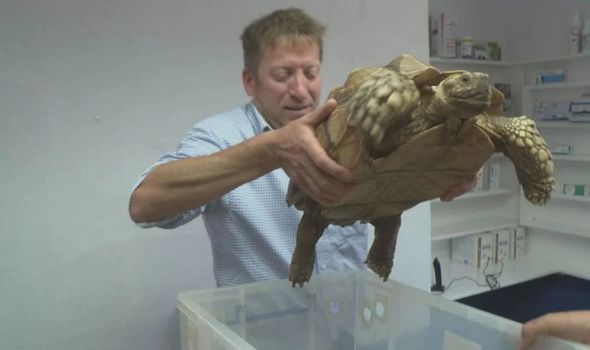 He added this meant it was “very rushed.” He said: “And I remember the first sheep that I filmed – a big lamb – there was like a palpable easing of tension when they’d got the story of a lamb being born.”

He described the pressure the team was under at the time, adding: “The commissioners were all based down in London and weren’t quite so aware of the seasonalities as we were up in the wilds of Yorkshire.”

The Yorkshire Vet has been a huge success over the last six years, and Julian explained how he has adapted to being recognised by fans.

“I was out the other day with my son, mountain biking in the forest, and we met up with one of his mates and his dad,” he explained.

“And we were cycling safely, two metres apart obviously, and there were some people at one of the intersections of the path in the woods and they were saying ‘Oh, that’s the Yorkshire Vet there isn’t it?’

“So yes it happens, it depends. Sometimes it seems to happen quite a lot and you’re recognised in random places – at the airport, I once got recognised in the French Alps up a mountain by a French lady.

“And then other times – it’s funny, it’s weird. I’m quite a quiet and sort of shy person, and to think that I’d be doing something like this, and this time last year getting an award in Leeds and standing on the stage and feeling completely overwhelmed by the whole situation, but it’s amazing how you adapt and I find how I’ve adapted to that sort of position of being on telly – it doesn’t seem so alien anymore, you just get used to it.”

He confessed before the first season went out he was concerned about the reaction fearing people might ridicule the show.

“It was really quite tense and quite stressful,” he said. “And then as time went by and it obviously became evident that it was a popular programme and people liked it, it sort of changed from being anxious to feeling quite proud that this amazing team of people were creating something that had an impact on two-million people on a Tuesday evening.

“And that’s an amazing feeling,” he added. “Last week I got a letter from a lad in Australia who had some disabilities and he watched avidly and he sent me a card a letter and a photograph and a little booklet that he’d made, and to touch people on the opposite side of the world without even sort of trying or any expectation of that is amazing.”

The Yorkshire Vet is available to watch on Channel 5.