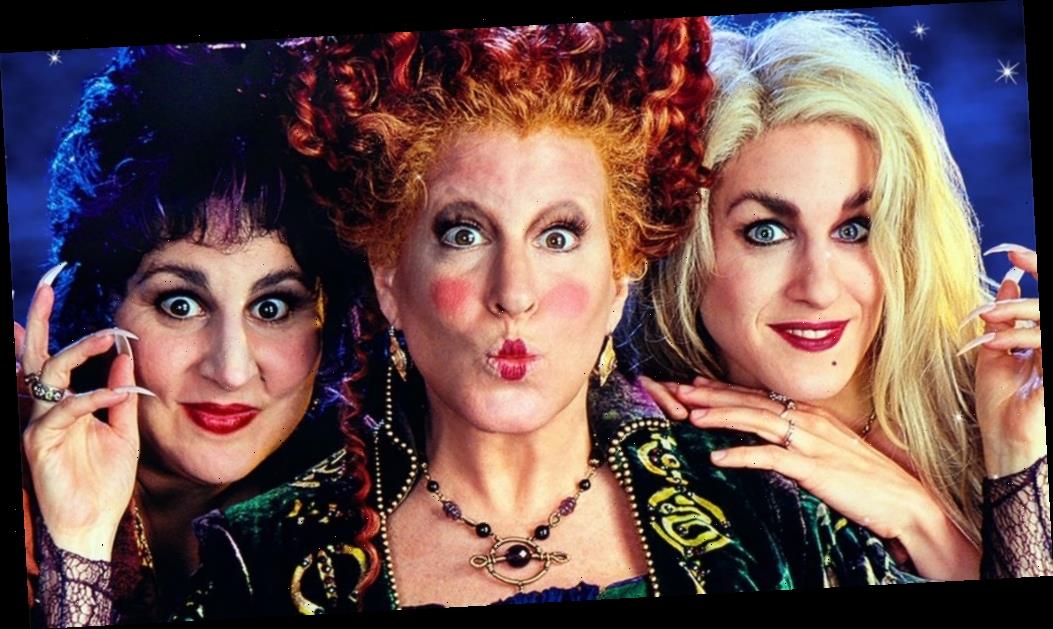 Whether you dress up and go trick or treating or you stay in and watch horror flicks, there are some Halloween traditions that cannot be overlooked. Each year fans flock to watch classic spooky-themed flicks like Hocus Pocus, the Halloweentown saga, and Nightmare Before Christmas.

Though it debuted in July 1993 and was a major flop at the time, Hocus Pocus has garnered a massive following with people bringing the Sander Sisters back year after year through their costumes. In fact, Disney is currently working on a long-awaited Hocus Pocus sequel for Disney +.

Critics thought ‘Hocus Pocus’ was ‘appalling’ when it was first released

Though we adore tidbits in Hocus Pocus like Benny the ghost and Bette Midler’s thrilling rendition of “I Put A Spell On You,” when the film was released in the early ’90s it was a box office disaster.

Disney made the film for $28 million. However, during its opening weekend, it only made back $8.1 million. Late film reporter Gene Siskel wrote in The Chicago Tribune about the film, calling it, “dreadful witches’ comedy with the only tolerable moment coming when Bette Midler presents a single song.”

Siskel’s colleague the late Roger Ebert echoed his sentiments in The Chicago Sun-Times, calling the film “a confusing cauldron in which there is great activity but little progress, and a lot of hysterical shrieking.”

However, as the frenzy and cult following began to grow behind Hocus Pocus, Disney decided to try its luck again with Halloweentown. Starring Reynolds, the series follows Marnie (Kimberly J. Brown) a precocious teenager who learns that she and her grandmother, Aggie have magical powers.

The first three movies are still some of the best to come out of the Disney Channel’s original movies.

You can spot a ‘Hocus Pocus’ Easter Egg in ‘Halloweentown’

Halloweentown II: Kalabar’s Revenge ends with Marnie’s younger sister Sophie (Emily Roeske) running through the streets of Halloweentown casting a spell that brings the residents back to life. It also restores their color.

Since Halloweentown II dropped eight years after Hocus Pocus first premiered, we’re not sure if this was a deliberate creation by the costuming department or if they simply got a hold of the costumes from the ’90s film.

Either way, we cannot wait to see what Disney comes up with for the narrative and costuming for Hocus Pocus 2.