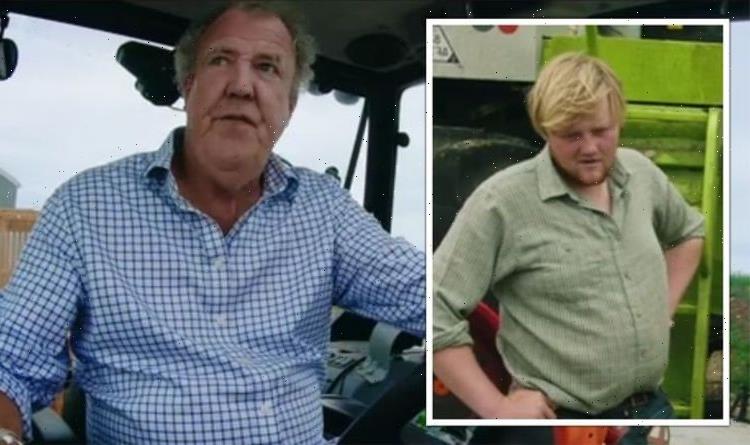 Despite having zero experience with farming, Jermy Clarkson’s latest venture is the documentary series Clarkson’s Farm on Amazon Prime, which follows the presenter tackling his 1,000-acre working farm in the Cotswolds. However, things have proven difficult, especially as Kaleb Cooper has been critical of the host’s lack of farming skills. However, the two butted heads once again after a barley harvesting disaster and Kaleb’s terrible parking skills.

In the eighth episode of Clarkson’s Farm, Jeremy had logistical problems with harvesting his farm.

After the barley and rapeseed were deemed ready to start harvesting, Jeremy hired a combine harvester but the entire plan was filled with problems.

The presenter had issues storing the barley, but thankfully his wheat was good.

Though, more problems arose after he spent the night harvesting alongside 21-year-old farm manager Kaleb Cooper.

The next morning, Jeremy resumed the prior evening’s work but was dismayed to discover that Kaleb had parked his truck in the way of the garage.

He attempted to park the combine harvester after a busy day in the fields, but the truck was clearly annoying him greatly.

As the harvester approached the garage, Jeremy said: “The next morning when we resumed harvesting, my first offload of earwigs was even trickier than normal.”

Upon seeing Kaleb’s truck, the irritated presenter added: “He’s parked his truck in the farmyard.”

Jeremy kept attempting to park the harvester but to no avail as there simply wasn’t room for him to reverse into the garage.

“There’s something wrong with him,” he exclaimed, speaking of Kaleb.

He then quickly hopped out of the machine and moved the truck around the corner.

“Right, he won’t be finding that in a hurry!” an exasperated Jeremy said, hinting that he had hidden the truck to annoy Kaleb in retaliation.

Jeremy was then finally able to park successfully.

“However, Kaleb’s annoying parking was the least of my problems,” the former Top Gear host said in the voiceover.

The sky was overcast, which, as Jeremy stated, “didn’t bode well for the moisture test” to prepare for harvesting the crops.

Kaleb was annoyed as the moisture levels were too high to continue harvesting, but the farm manager had a plan to continue.

They were both going to test the barley to see if they could harvest that instead.

The pair were delighted to hear that the moisture levels were okay for the barley, with Kaleb deeming it “good enough to go”.

Their barley harvest was considered to be very successful and Jeremy was gleaming with delight at the result.

“What I’ve got in the trailer right now will keep Wetherspoons going for about a year!” the host joked.

Unfortunately, more issues awaited the two as, when Jeremy returned to the barn with his haul, it was full of rapeseed so the presenter panicked and sold the barley straight away as a last resort.

A frustrated Jeremy later ranted to Kaleb: “I made a mistake nine months ago when I said that barn is big enough.”