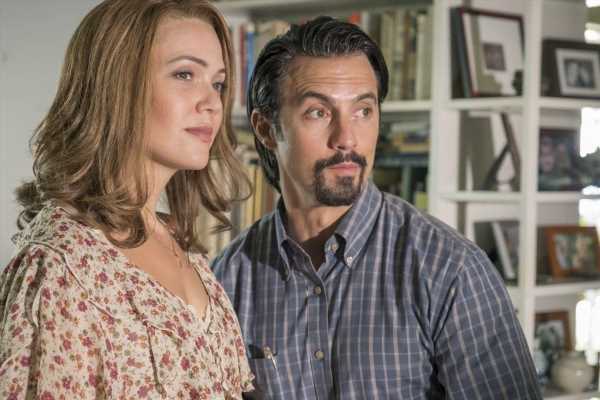 Thanksgiving is a staple in the world of This Is Us, and the Pearson family has many unique traditions for the American holiday. From Pilgrim Rick to five pounds of shrimp, Thanksgiving means a lot to this fictional family. And even though This Is Us Season 6 is not airing a new episode around Thanksgiving this year, the show still has a treat for its fans on the holiday.

One week before Thanksgiving, the This Is Us Twitter page tweeted a picture of a huge lemon float suspended in the air in New York City. The date “11/25” appears in the photo, and the post’s caption reads, “Thanksgiving Day just wouldn’t be the same without the Pearsons.”

Of course, the post led fans to believe that the popular NBC show would be getting a float in the Macy’s Thanksgiving Parade. One Twitter used replied to the post, “There’ll be a This is Us parade float in the NBC Macy’s day parade with the cast of This is Us on it as promo for the final season.” How epic would it be for fans if a giant lemon was floating around downtown New York?

Unfortunately, we don’t believe that This Is Us is getting a float in the Macy’s Thanksgiving Parade. But we feel that what the This Is Us Twitter page was actually teasing will make many fans happy.

‘This Is Us’ Season 6 trailer premiering on Thanksgiving

NBC and This Is Us announced that the season 6 trailer would drop on Nov. 25, Thanksgiving Day. So, it’s likely that the premiere is what the Tweet was referencing. Perhaps the trailer will air sometime during the parade, but fans will have to tune in to find out.

The trailer announcement came in the form of a 15-second video. The teaser begins with Kate singing “Time After Time” by Cyndi Lauper. Then, Rebecca admits, “I’m not worried about the big stuff. It’s the little things I’m not ready to let go of yet.” And, to make fans cry more, the video shows Randall’s goodbye to William in season 1. Next, the Big Three reconciles after their group therapy session in season 2.

The video ends by teasing fans with the first sneak peek at This Is Us Season 6. Jack and Rebecca are holding each other and smiling. And then, it’s revealed that the full This Is Us Season 6 trailer is premiering on Thanksgiving Day.

This Is Us fans better stock up on tissues for Thanksgiving Day because the last season’s trailer is bound to be emotional. From what we know about season 6, it sounds like it will be heartbreaking and heartwarming all at once.

Milo Ventimiglia discussed the final season with ON With Mario Lopez. He teased that the mystery surrounding Rebecca in the future will be a driving force in the upcoming episodes.

Ventimiglia shared, “When the show first started, we were driving things forward from the past. Now, I think we’re kind of reversing it. We’re going from the future back to toward the present. In the beginning, the big mystery was all about Jack’s death and, of course, how it impacted his family, his children, his wife. But now, what we’ve started to see are kind of the breadcrumb trail of Rebecca’s legacy.”