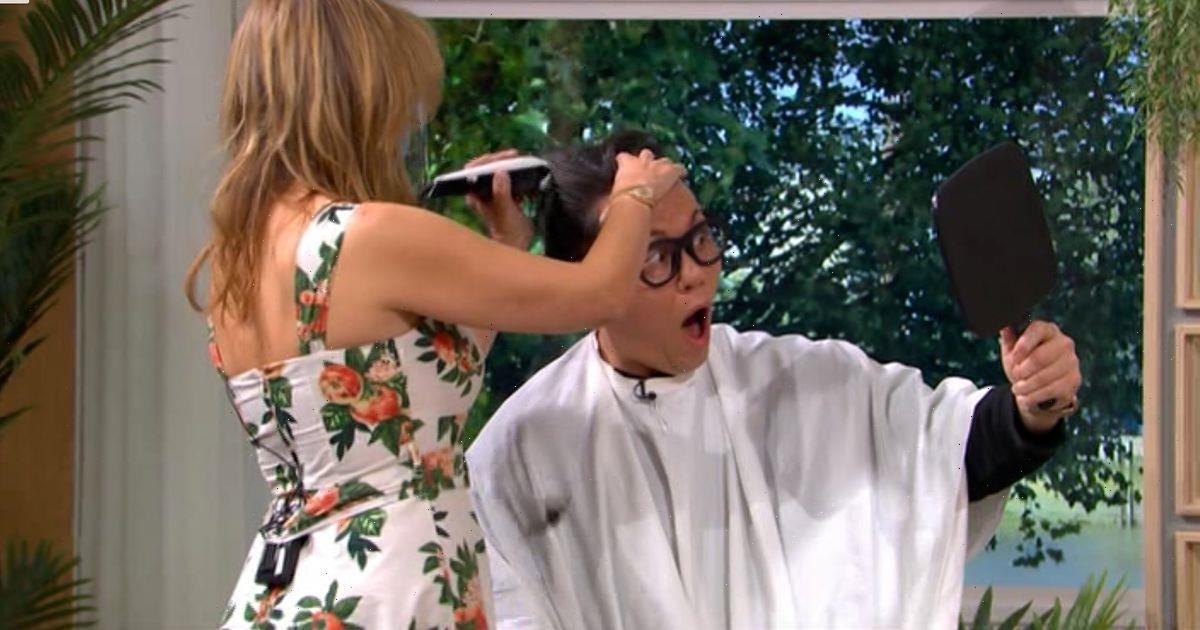 Gok Wan has made fans all emotional as he is shaving his head live on This Morning.

The star stylist has long been known for his impressive quiff style but decided to brave the shave for a cancer charity as his cousin’s daughter is going through chemotherapy.

He started the show reading a message from Alyssa, saying she was going to do a video message but they had changed her treatment and she didn’t feel well enough for it.

Gok said: “Dear Uncle Babe – I am now back at home with mum and dad and Liam – her brother – they have changed me chemo treatment which is making me feel sick but I’m being brave.”

“Thank you so much for cutting your hair for Young Lives Vs Cancer, I hope you raise loads. Can you please cut your hair like mine to show all the young people going through treatment that short hair is cool.”

“Can you say thank you to everyone for your kind messages,” he read as he fought back tears.

“It’s all coming off!” exclaimed Gok.

Later he was seen gowned up waiting for it to be shaved, as Holly and Phil were beside themselves with excitement.

He looked incredibly nervous, but said Alyssa had just texted him saying how proud she was.

Gok looked scared as he took the clippers to his head, insisting he wanted to make the first cut.

Looking confused, host Holly Willoughby asked what was happening as not much seemed to be coming off.

The hairdresser confirmed he’d made the first cut as they showed some of his trademark locks on the floor.

Holly and Phil revealed more than £32,000 had been raised so far, with an incredible £10,000 coming in since Gok talked about it on air this morning.

“Oh my god, look at it!" squealed Gok as he saw the hair coming off.

He proudly acknowledged it was "going to help so many people".

Phil impatiently said: “Do you want to help him? It feels like he’s taking a long time.”

He did yelp when the hairdresser stepped in to help, and blamed the copious amounts of hairspray he’d put on his barnet.

“Every single strand of hair is going to help”.

As more hair fell to the ground, Gok’s eyes widened.

He’ll be showing off his new shaven look later on.

Some fans grumbled that they didn’t get to see the full result yet, just calling it “a smart haircut.”