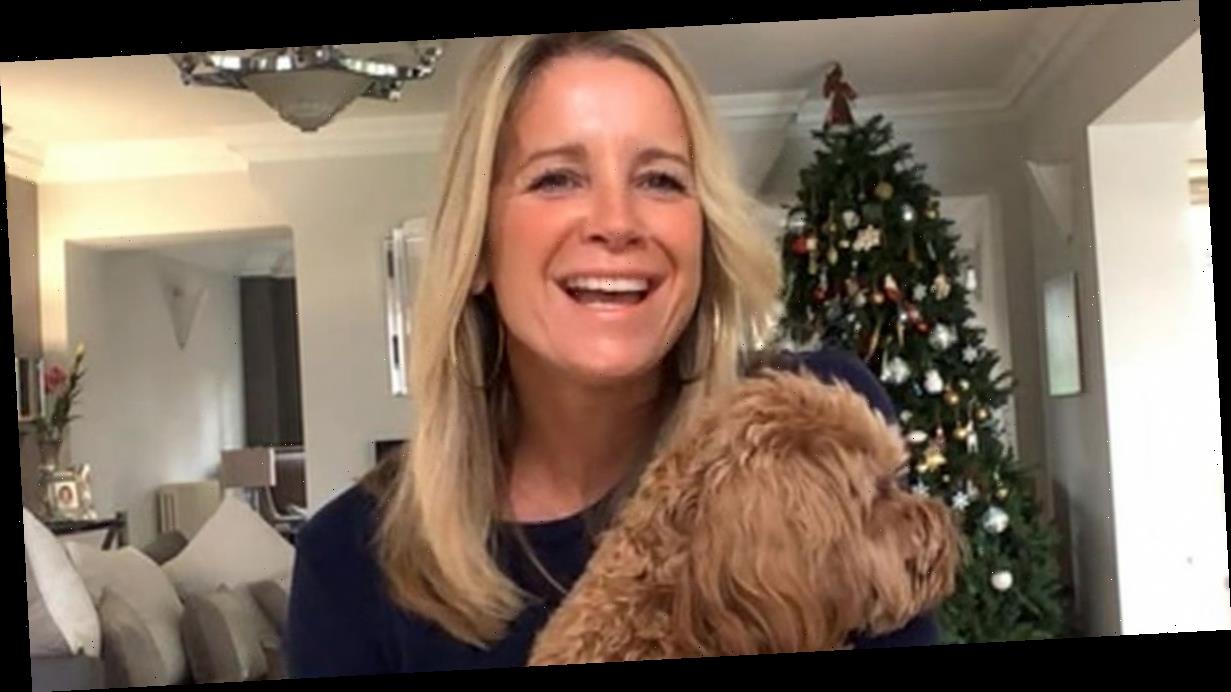 This Morning viewers were left puzzled on Wednesday when they noticed a guest still had her Christmas tree up in the middle of February.

Eamonn Holmes and Ruth Langsford were taking calls from viewers to pose to dog trainer Graeme Hall, but got distracted by the background of one caller's home.

Saffron wanted to speak to Graeme as she was unable to call back her dog, Rosie, when playing in the park, but before she had the chance to, 61 year old Eamonn questioned her on her decor instead.

As they cut to her home in Dorset, Eamonn asked: "Saffron, before we go any further, why is your tree still up?"

The caller, who sat with her Cavapoo pet on her lap explained: "Oh, because I love Christmas, and I just feel it's the time to have a bit of brightness around in the dark nights."

Eamonn joked: "It's probably not worth taking it down now, I would have thought. It's nearly Christmas again."

Saffron then admitted: "I probably won't bother now, no," before conversation moved on to the trouble she was having with her pedigree pal.

However, viewers of the hit ITV daytime show flocked to Twitter to explain their own confusion about Saffron's tree still being up almost two months after Christmas.

One viewer wrote: "She's still got her Christmas tree up. Save her putting it up in December I suppose [sic]."

A second added: "Leaving your Christmas tree up all year is like wearing your coat indoors. You won't feel the benefit."

While a third chimed: "Why is your tree up? 'Because I love Christmas'… me too love but it's not, so…"

With a fourth commenting: "The dog doesn't come back because you've still got your Christmas tree up."

Another added: "Christmas tree still up? Ach well, think I'll head to the shops with my Michael Myers mask on, Halloween it is for me."

A final viewer joked that Saffron should call back in to the show later one, when agony aunt Deirdre will be helping people who have been "betrayed" by friends.

They wrote: "Saffron should call in later. Someone's obviously conned her into believing that Christmas was moved to February cos of the Rona! [sic]"

This Morning airs weekdays at 10am on ITV.